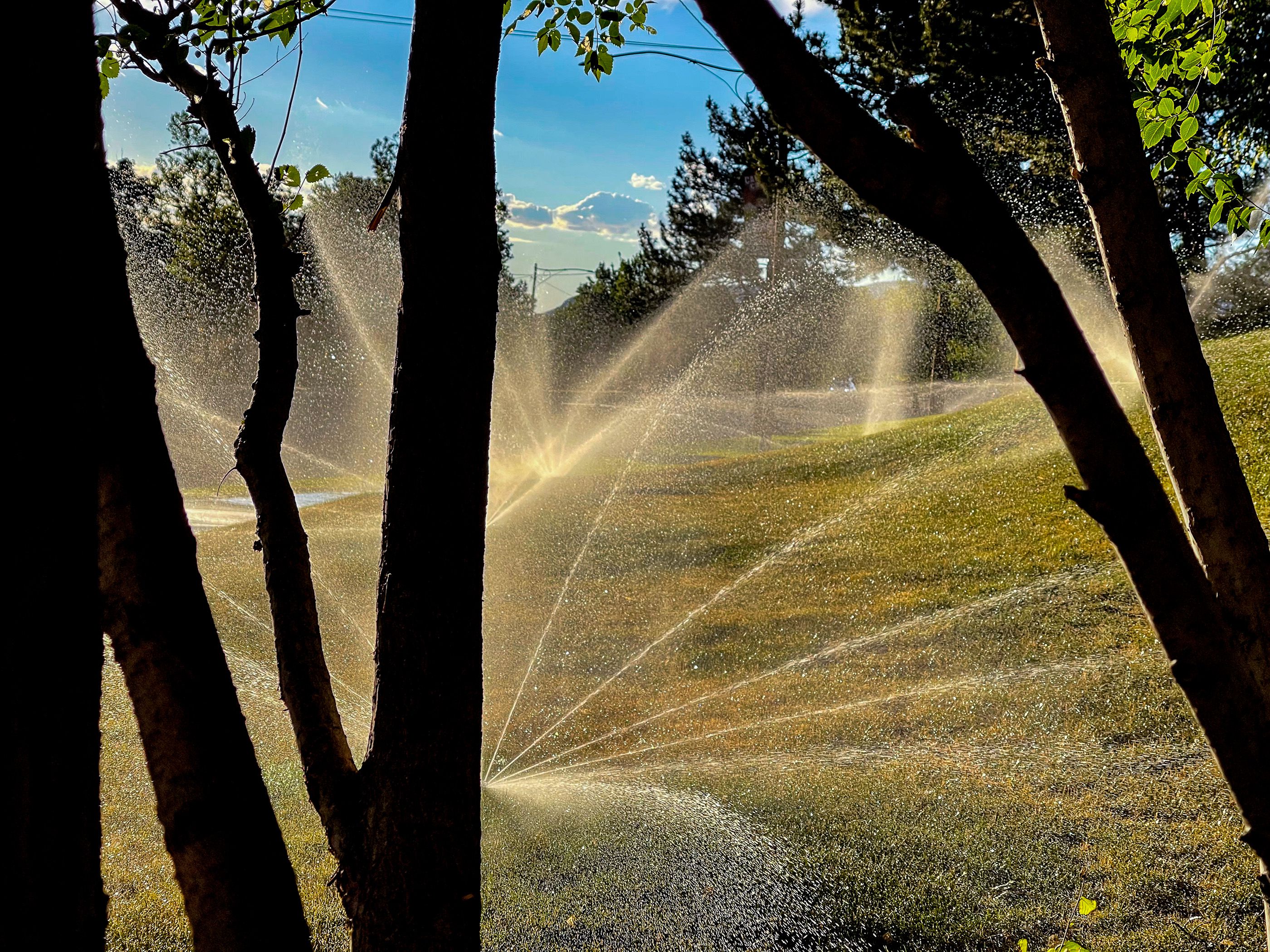 Utah is often criticized and sometimes outright reprimanded for the water consumption of its residents.

But some of the state’s resource managers claim that the data used to make comparisons between states is flawed and unfair, making Utahns’ water habits look far worse than they really are. A bill was dropped during midterm parliamentary hearings last week that proponents say would collect data on water use per person more comparable to that of other drier states in the West.

“When we talk about water use per capita, what are we really talking about?” Mark Stratford, an attorney for the Jordan Valley Water Conservancy District, told lawmakers in recent hearings. “Because there’s more than one way to have this discussion, but I don’t think it’s always fully understood.”

Utah typically estimates water use by totaling the amount of water diverted, whether from surface water or groundwater wells, and then dividing it by population. Or they measure it by adding up the amount of supplies sent by a water district and then dividing it by the number of residents in the service area. The resulting figure is then converted to gallons of water consumed per person — or per capita — per day, sometimes abbreviated as GPCD.

But some western cities, including those in southern Nevada, are crediting themselves with “return flows”—water that is returned to the environment via treated wastewater. Utah hasn’t done this in the past, which makes their use much more contrasting, Startford said.

For this reason, water districts are supporting a bill that would require them to calculate per capita “consumptive” consumption, or the amount of water withdrawn from the system, either through drinking, processing, or evaporation.

“When we talk and hear stories about how we use water,” Stratford said, “Utah… [does] do not yet have a precise idea of ​​what per capita consumption is.”

Under the current system of water use reporting, Stratford added, Utahns may not realize that the “majority or vast majority” of their municipal water is being returned to streams and rivers to flow further downhill.

But it would also prevent state agencies and policy subdivisions from calculating, publishing, or sharing statewide water use information. It also prohibits these entities from sharing per capita consumption for smaller counties that contradict water district figures.

Sen. Mike McKell, R-Spanish Fork, who lawmakers say is behind the bill, had traveled abroad and was unable to respond to a request for an interview.

Calculations of water use vary in the west

But Bart Forsyth, the district’s general manager and CEO, previously told The Salt Lake Tribune that if he measured consumption by consumption, “our per capita consumption would be much lower and compared to our western neighbors much better.”.”

Scott Paxman, general manager and CEO of the Weber Basin Water Conservancy District, confirmed in an interview that the motivation behind the proposed bill was all the finger pointing at Utah’s numbers.

“That’s sort of the bottom line,” Paxman said. “We get a lot of comments from federal agencies and other government agencies — [in] Nevada, Arizona, Colorado — and say, ‘You guys don’t make Colorado River water, you don’t do a good job with what you have.’”

Utah’s water districts were trying to hire a consultant, Paxman said, to find out how water managers in other states measure their usage.

“Well, none of them would tell us,” he said.

Methods they were able to piece together, Paxman added, and per capita numbers they found “are everywhere” in the West.

“We’re shocked that there’s nothing nationally that says, ‘This is how you should calculate consumption per capita,'” he said. “There isn’t even a comprehensive regulation on how to calculate it.”

As previously compared to Utah

The US Geological Survey issues a five-yearly report that provides some of the most comprehensive state analysis of water use. The most recent study, which distilled data from 2015, ranked Utah #2 in the nation for per capita household water use, behind Idaho.

USGS representatives were unavailable for interview.

Beehive State residents used 169 gallons each day, the USGS report, which included its vast network of largely unmetered secondary connections, found. When commercial and industrial connections are also factored in, per capita consumption increases to 256 gallons per day, according to 2020 data reported by the Utah Division of Water Resources. In northern Utah, Paxman said, the numbers are closer to 222 gallons per day.

But again, these numbers are based on the water delivered, not the amount of water consumed.

(Trent Nelson | The Salt Lake Tribune) Water from a leak in a sprinkler system in Summerlin, a community in the Las Vegas Valley, Nevada, on Thursday, September 29, 2022.

“We have heard [Laramie, Wyom.] is about 90 gallons per capita per day, which is absolutely ridiculous,” Paxman said. “That’s little more than indoor water use.”

(The city of Laramie reports on its website that its average consumption per person in 2020 was 141 gallons per day.)

Utah also has a different climate than some of the regions it competes against — residents of Layton, for example, water outdoors only during the summer and fall months, while residents of Las Vegas water their lawns year-round. And hotter climates lose much more water to evaporation, making turf removal a much more cost-effective option for those counties, Paxman said.

Still, a 2015 statutory audit found that Utah’s own local water use data collection had “significant inaccuracies” and was unreliable. And it’s clear that some water utilities in the arid West have stricter and more aggressive water use policies than those in Utah.

Some lobbyists claim that the bill “messes up” the conservation message at a time when the Great Salt Lake ecosystem is on the brink of water shortages and signs of water wars are flaring up across the West.

“There is a possibility that … subtracting returns from the calculation will create a negative incentive for conservation,” Great Basin Water Network board member Steve Erickson told the Interim Committee on Natural Resources, Agriculture and the Environment on Wednesday.

Zach Frankel, executive director of the Utah Rivers Council, shared his concerns with the Legislative Water Development Commission on Tuesday. He worried that the bill doesn’t account for water in secondary systems lost through leaks.

(Francisco Kjolseth | The Salt Lake Tribune) Sprinklers run Monday afternoon, July 19, 2021, in the middle of the afternoon heat during peak evaporation periods near the University of Utah campus in Reservoir Park.

“If we really care about the water for the Great Salt Lake,” Frankel said, “we need to know how much water is wasted.”

Both Frankel and Erickson smashed the “gag order” in the bill, preventing agencies from calculating and publishing statewide water use information.

“I agree that there are challenges with the calculations,” Frankel said, “but I’m not sure if we’re worried about the discussion and … about wasting water, or if we’re worried we don’t want to realize.” how we waste water.”

Regardless of the fate of the bill, the era of cheap and unrestricted water use in Utah seems to be coming to an end.

Lawmakers earlier this year poured millions into a program that will require meters for most secondary connections in the state by 2030. That likely means Utahns will start seeing bills for the amount of water they use outdoors, rather than irrigating as much as they want and only paying a flat fee buried in their property tax bills.

Studies have shown that simply providing information about usage, even without an increased fee, reduces irrigation by up to 40%.

https://www.sltrib.com/news/environment/2022/11/19/utahns-are-often-knocked-most/ The proposed law would track Utah’s water usage similarly to other states

Erich Schwer from Bachelorette about the future partner after Gabby Split