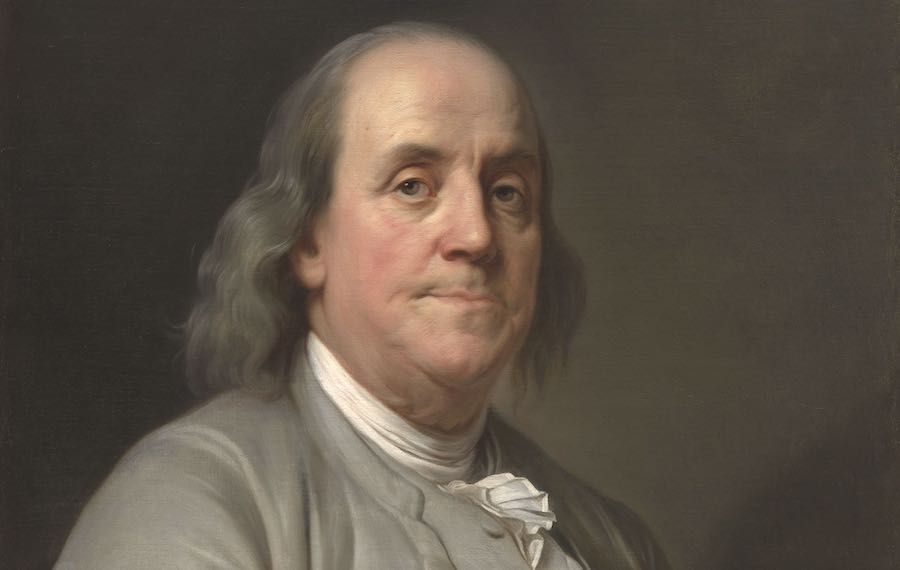 Ken Burns’ long list of documentaries includes biographies of Thomas Jefferson, Mark Twain, Jackie Robinson, Muhammad Ali and Theodore, Franklin and Eleanor Roosevelt. But his latest is, I believe, the first to focus on someone whose portrait hangs in the doorway of a Latter-day Saint temple.

And the subject of his latest PBS documentary was a slave owner.

whoops Did you know this about Benjamin Franklin?

The two-part, four-hour documentary focuses on Franklin’s best and worst qualities. And it illuminates a fact unknown to most Americans: Although he became an abolitionist later in life, Franklin not only supported the three-fifths constitutional compromise — which counted slaves as three-fifths of a person — he was a slave owner himself.

This places him in the same society as George Washington, Thomas Jefferson, Patrick Henry, John Hancock, James Madison and other founding fathers.

The fact that it a painting by Franklin commissioned by the Church that hangs in the foyer of the Philadelphia Temple is not included in the documentation. The fact that Franklin was a longtime slave owner—even after becoming an abolitionist—is.

Burns said he believes Franklin is “the greatest diplomat in our history because he can represent two opposite things at the same time. It’s a brilliant sign of genius that we’re so lucky to have had.”

The two-part documentary, simply titled “Benjamin Franklin,” airs Mondays and Tuesdays at 7 p.m. on PBS/Ch. 7. Part 1, ‘Join or Die’, covers his life from his birth in 1706 to 1774. Part 2, ‘An American’ covers 1775 to his death in 1790. As you can imagine, it covers Franklin’s life as a Scientist, inventor, writer, publisher, humorist, diplomat, revolutionary and signer of both the Declaration of Independence and the Constitution.

It is, as we have come to expect from Burns, a fascinating four hours of fact and opinion from historians, often in Franklin’s own words, narrated by Mandy Patinkin.

It does not shy away from the fact that Franklin owned at least six slaves and that his newspaper ran advertisements for slave sales and rewards for recapturing runaway slaves. And at the Constitutional Convention, Franklin supported the Three-Fifths Compromise, which counted every slave in the Southern States as three-fifths of a person.

“The greatest thing they had to do as founders, and the greatest thing we have to do in our lives, is to know when to compromise and when to stand by principle,” said historian Walter Isaacson, author of ” Benjamin Franklin: An American Life Franklin, who is one of the speaking minds in the documentary. “He’s a great example of that. Usually he gets it right. He knows you can’t make a great democracy without compromise, but there are times when he says you can’t compromise.

“He and she got it wrong, especially on the three-fifths clause. And Franklin knew it, which is why he dedicated the rest of his life after the Constitutional Convention to fighting abolition, denouncing the notion of slavery and trying to abolish it. And even more so than Lincoln, he believed that blacks were well educated and just as capable as whites.”

Franklin saw the Three-Fifths Compromise as a way to limit the power of southern slave-holding states, but it is often cast in the opposite light today. Isaakson called it “disgusting” and “dehumanizing”.

Historian Erica Dunbar, who also consulted and appeared in the documentary, acknowledged the need for the Three-Fifths Compromise to ratify the Constitution, but said the “long-lasting, far-reaching effects” and “collateral damage” since it came into force in 1789, cannot be ignored.

And she said Franklin is much more than just that aspect of his life.

“He’s also a total rascal,” Dunbar said. “He’s so larger than life [figure] in a way we don’t see with a Washington or a Jefferson, right? He’s someone the common man can connect with, right? He liked to party. He liked women. Those are the things that Ken balanced in this film – that we see him and his immense knowledge but also as a person.”

Incidentally, this painting of Franklin hangs beneath two cross keels in the Philadelphia Temple, next to one of Jesus Christ. According to The Church of Jesus Christ of Latter-day Saints, one feather represents the Book of Mormon and the other the Constitution.

https://www.sltrib.com/artsliving/tv/2022/04/04/scott-d-pierce-pbs/ The PBS documentary focuses on a man whose portrait hangs in the LDS Church’s Philadelphia Temple