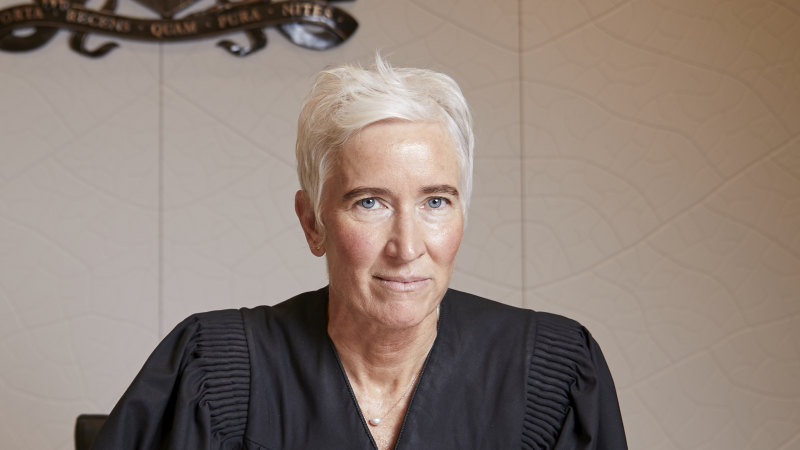 When asked if the court had been able to make the changes O’Sullivan wanted when she took on the role, the coroner said, “In order to reduce the number of First Nations deaths in custody, the number must be reduced.” of First Nations people in custody who come into contact with the criminal justice system.”

However, the latest data from the NSW Bureau of Crime Statistics and Research showed that the number of Aboriginal people in prisons had been growing, although the total number of prisons had fallen based on 2019 figures.

Bureau executive director Jackie Fitzgerald described the trends as “contrary to a commitment to closing the gap and reducing the over-representation of indigenous people in the criminal justice system.”

O’Sullivan said the government has made some progress by expanding programs to reduce Aboriginal incarceration rates, such as additional funding for the Koori Juvenile Court, Drug Court, Walama Court, County Penalty and reinvestment in the judiciary .

“But of course more needs to be done. This court has more than 30 active files on First Nations deaths in custody and during police operations. This is unacceptable. Again, each of these deaths has had and continues to have a devastating impact on literally hundreds of people.”

She said the Coroners Court’s death-prevention function needed to be better utilized and that she wanted to extend the checks on domestic violence deaths to include tribal peoples’ deaths.

Karly Warner, chief executive of the NSW Aboriginal Legal Service, said the past year has been devastating for many Aboriginal families across NSW. Then, earlier this year, communities saw five deaths in custody in as many weeks.

“It was just awful and should have served as a big wake-up call for the NSW government and authorities,” she said.

“The Royal Commission could have made a bigger difference if governments had implemented all of its recommendations, but too many solutions have been left on the shelf to gather dust. The situation is similar with coronal recommendations.”

O’Sullivan said the government would respond to a report by the Committee on Coronal Justice later this year.

A spokesman for Corrective Services NSW said it was reviewing Aboriginal deaths in custody over the past decade. “The review launched last year will provide recommendations on how [we] can enhance the Aboriginal experience in its care and reduce fatalities.”

NSW Police said: “We recognize and understand that there is still more work to be done… We will continue to explore and implement ways to improve relations to lead to better outcomes for our Indigenous people.”

A spokesman for NSW Prime Minister Dominic Perrottet said the government has “worked closely with Aboriginal communities to build a strong relationship and remains committed to the National Agreement on Closing the Gap”. Part of that was investing $20 million in incarceration reduction initiatives.

https://www.smh.com.au/national/nsw/more-must-be-done-after-record-indigenous-deaths-in-custody-says-coroner-20220921-p5bjws.html?ref=rss&utm_medium=rss&utm_source=rss_national_nsw The NSW Coroner says more needs to be done

"This is not a life hack... This is a career mode cheat code": Career coach shares "unethical" life hack for LinkedIn skill assessments

He told FLDS followers that Warren Jeffs was dead. Then, Samuel Bateman said he was their prophet now.