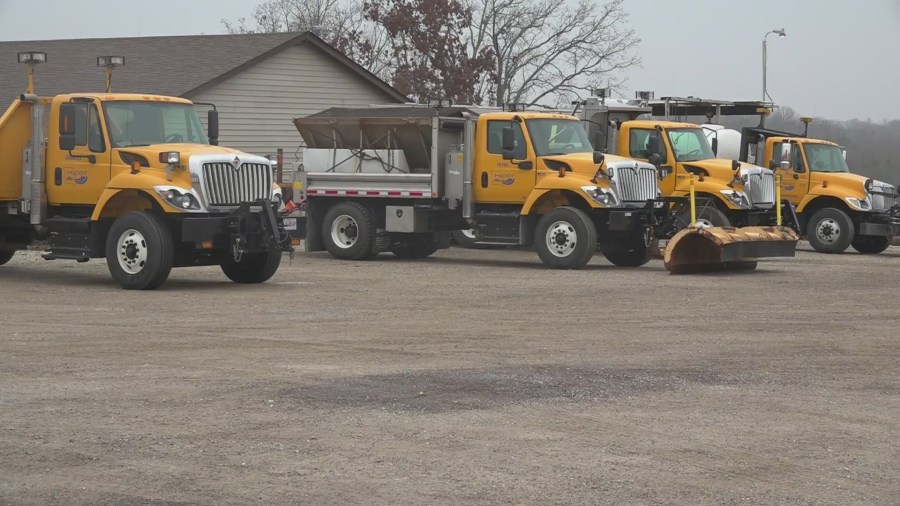 JEFFERSON CITY, Mo. — The Missouri Department of Transportation loses about 60 employees each month, and most of those who are leaving say it’s because of pay.

Missouri has some of the lowest paid government employees in the country. As early as January, employees received a 2% pay rise, and a few months later the General Assembly approved a 5.5% cost of living adjustment. The head of the Missouri Department of Transportation (MoDOT) said it was still not enough.

Top Stories: Man killed in I-70 collision was the target of a lawsuit following a 2021 crash


With the end of the construction season and winter weather on the horizon, the state’s Department of Transportation is bracing for the worst.

“Last year was a big challenge and this year the challenge has gotten even worse,” said McKenna.

McKenna said MoDOT was missing around 600 operators during the winter months of 2021. This year the department has almost 900 vacancies.

“These aren’t people going for 25 cents an hour more, these are 20, 30 and 40 percent more doing the same job,” he said. “That know-how is in demand, so being far from the market is a really worrying trend.”

Internal revenue at MoDOT was 10% about eight years ago, McKenna said. Then, within the last four to five years, the turnover rate was around 15%. During the pandemic, the department’s revenue hit an all-time high of 20%.

“This year to date and last year combined, we’ve had 1,526 workers who are leaving and we have tried to replace them, but we have not been able to as much as they are leaving,” McKenna said.

“We have over 500 active construction projects going on at any given time, and we need construction inspectors, I have less than one per project,” McKenna said. “Not only seasonal workers come, but our core workforce.”

Trend: Rawlings expected to move to Westport Plaza in 2023


MoDOT currently has three of its largest statewide construction projects underway, the I-270 project in the St. Louis area, the Buck O’Neil Bridge in Kansas City, and the Rocheport Bridge along I-70 west of Columbia.

McKenna said the biggest issue is pay. Some employees have to do multiple jobs to get food on the table. The first law the governor signed into law this year was a $4.5 billion emergency budget that included a 5.5% cost of living adjustment for all 50,000 government employees.
The state budget director previously told lawmakers from all state departments that the turnover rate is 26%, while the industry standard is 10%.

While the increase by the state legislature and the governor has helped, Mkenna said more needs to be done.

“At the beginning of this calendar year, 85 to 90 employees per month left their employment at MoDOT,” said McKenna. “This is a time of crisis. We’ve seen that drop to about 60 per month. That’s significant, but where we need it is about 30.”

To compensate, MoDOT may ask workers to relocate across the state this year to help clear roads. McKenna said with the decade-long decline in the seasonal workforce, MoDOT wants drivers to be patient this winter.

“Our biggest challenge this year will be the statewide I-70 corridor,” McKenna said. We’ve already had to close some of our busiest maintenance facilities in Kansas City. We literally only had 20% of the staff available.”

He said MoDOT’s first priority during winter weather will be major roads such as freeways and major freeways. Due to staff shortages, it may take longer to reach the labeled routes.

“We probably won’t treat or plow these roads until the rainfall stops unless conditions change and we can get there,” McKenna said.

Inflation is also taking a toll on MoDOT’s budget. McKenna said the department’s construction program this year to date is 34% over budget, more than $170 million. This additional spending will cut next year’s budget.

“The construction industry is not immune to the labor issues and what we are seeing right now is the current offerings are much higher than we anticipated,” McKenna said. “Money that we thought would be available next year won’t be.”

In 2021, McKenna said, the department was 11% over budget, about $139 million, due to increased prices toward the end of the year.

MoDOT offers a starting wage of between $17.55 and $18.25 per hour, depending on experience and assignment. Positions are also eligible for a pay rise of $3 to $6 per hour when working during winter/emergency operations.

Full-time employees receive extensive training and a long list of other benefits, including retirement, paid vacation, medical, eye and dental insurance. Applicants must be at least 18 years of age and pass a criminal background check (a misdemeanor or felony conviction is not an automatic restriction on employment).

To learn more about a career in MoDOT maintenance, visit www.modot.org/opportunities-maintenance and go to MoCareers.mo.gov to apply online.

https://fox2now.com/news/missouri/modot-director-cites-pay-as-reason-for-high-turnover-in-department/ The MoDOT director cites the pay as the reason for the high fluctuation in the department

'A Christmas Story' Cast: Where Are They Now?