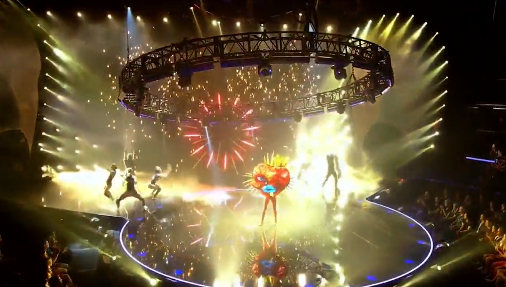 The crew’s first show begins at 8pm on Saturday at the Stifel Theatre. The live show will have celebrity guest presenters from the TV show Masked Singer. Also, a mysterious celebrity will be revealed in each city.

Tickets start at $36.75 and there are also some VIP packages available. For more information on tickets and dates, see the full list of destinations on theMasked Singer National Tour website.

Meghan Markle's father Thomas, 77, leaves hospital after suffering a massive stroke as the Duchess 'tries to end the 4-year gap'