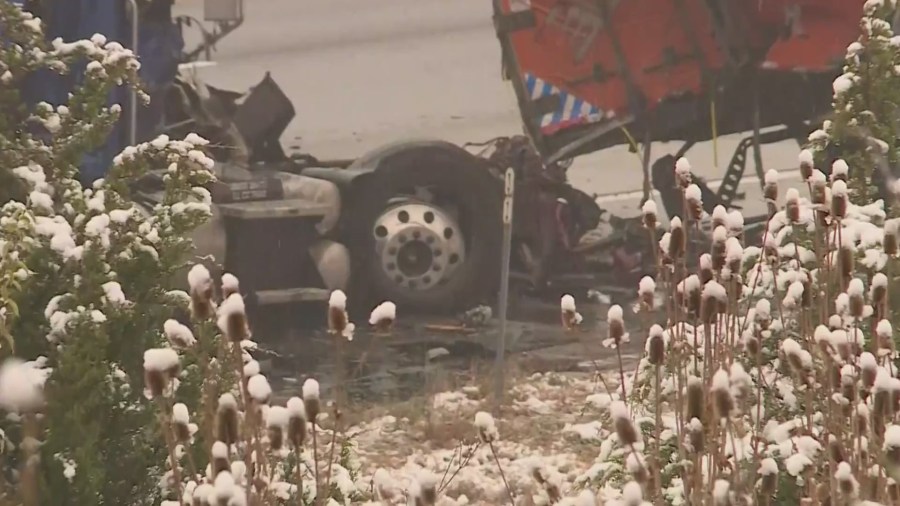 LAKE ST. LOUIS, Mo. — FOX 2 has learned that a 79-year-old semi-trailer truck driver who died Tuesday in an accident on Interstate 70 in Lake St. Louis was the target of a lawsuit stemming from another accident in 2021 was.

According to the Missouri State Highway Patrol, George Dickey of St. Charles died in Tuesday’s impact. Next year he would have been 80 years old.

“We will look at each driver’s history,” said Cpl. Dallas Thompson, MSHP.

Trend: ‘What I saw was horrible’ – reports of appalling living conditions at the Ferguson apartment complex


“He was an elderly gentleman. We’ll have to wait for the medical reports to come back on whether he might have suffered a medical emergency at the time of the incident…he had a valid commercial driver’s license. He was authorized to drive the vehicle he operated. It was just a tragic accident.”

The other driver had stopped just before the I-64 interchange on the westbound shoulder of I-70 to rest in his cab Cpl’s bunk. said Thompson. This driver was not injured.

“That spot right there was just before an exit, a big, wide hard shoulder. There was plenty of room there (to stop and sleep), but we don’t encourage people to do that,” Thompson said. “For reasons unknown at the time, a second semi-trailer truck drove onto the hard shoulder and rammed it from behind.”

Westbound I-70 was closed for hours as highway patrol began investigating the accident reconstruction and then cleared the scene.

Authorities said Dickey was involved in another crash on I-70 at Zumbehl Road in May 2021, about 25 miles east of Tuesday’s crash.

Court documents show that Dickey was subpoenaed in the 2021 accident for “changing lanes when movement could not be performed safely, resulting in an accident.” That citation was later changed to a parking violation in February. Dickey agreed to pay a fine and court costs totaling $225.

Three months later, the two alleged victims of that 2021 accident, Angela Casella and Robert Rosenburg of Denver, Colorado, filed suits against Dickey and the trucking company that employed Dickey – Fuel Carriers Inc. of St. Charles. They both accused them of negligence, alleging that Dickey overturned their vehicle, injuring them both. The defendants denied the allegations.

Regarding changing the reference to an unsafe lane change to a parking violation, the St. Charles County Counselor’s Office issued the following statement:

“While we cannot comment on a specific case when reviewing tickets showing accidents, it is standard practice for the prosecutor to review and verify that compensation has been paid, that people have been transported from the scene and that there are conflicting statements within the Police are reporting to determine how the ticket is disposed of.”

https://fox2now.com/news/missouri/man-killed-in-i-70-collision-was-target-of-lawsuit-from-a-2021-crash/ The man killed in an I-70 collision was the target of a lawsuit following a 2021 crash