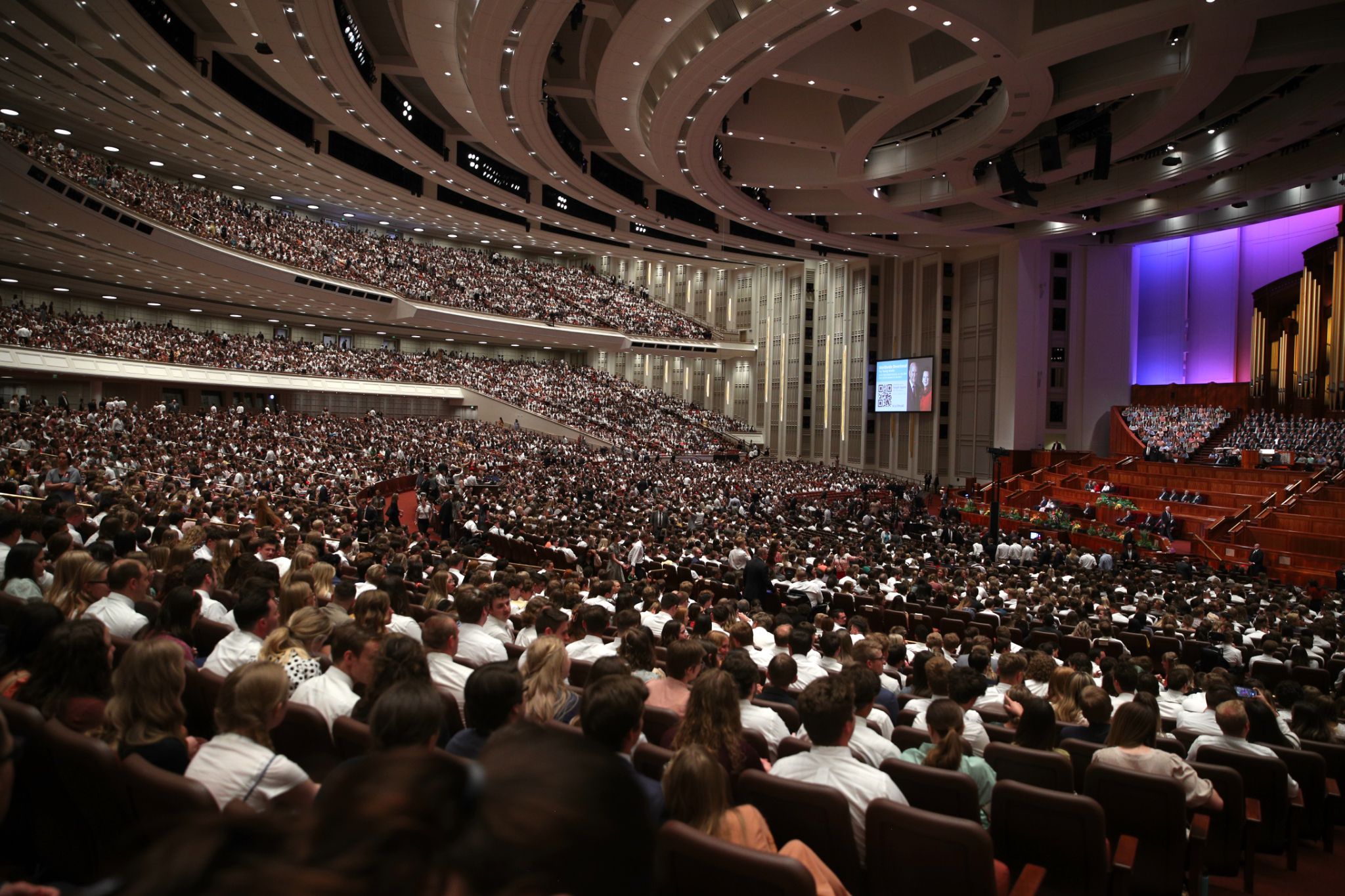 I was intrigued by an article in one of my editor and colleague Dave Noyce’s recent Mormon Land newsletters—the fact that 21 states have seen membership declines in The Church of Jesus Christ of Latter-day Saints over the past two years.

Dave’s article contained a lot of good information, but I wanted to get more context on these numbers. I’ll admit I’m a complete newbie to this data, so my curiosity got the better of me: how unusual is a downturn like this? What do these states have in common? Can we decipher more trends surrounding this data? I figured we could make some interesting plots of this data as well.

To find out, I looked at the official church membership numbers for the last 40 years, state by state – reporting starting in 1983, then every two years from 1987 to 1999, then every year from 2000 to 2021 with a break in 2020 for the pandemic. These were archived on the research site Cumorah.org.

Let’s start with basic Church membership statistics. Here is a chart of all reports since 1983 for the entire United States. Click the dropdown menu in the top left to enlarge the members of a specific state.

Right off the bat, we can spot some intriguing trends:

• Church membership in the US is certainly still growing, but perhaps at a slower rate than five or ten years ago.

• Membership growth in Utah is more consistent and linear, as is membership in Idaho and Arizona, while some other nearby states (California, Colorado, Wyoming) have stagnant membership. In fact, Utah’s addition of about 34,000 members represents the bulk of the Church’s total membership increase in America over the past two years to 42,000.

Let’s examine differences in growth. Rather than looking at absolute membership numbers, let’s look at how growth percentages have changed over time. When there’s a greater than a year gap between reports, I calculate year-over-year annualized compound growth in the chart below – the aim is to compare apples to apples as much as possible. Again, you can click the dropdown menu at the top left to compare states.

You’re looking at these 8% annual growth numbers between 1983 and 1987, and I have to be honest, that’s a little suspicious from a data integrity standpoint: It’s kind of an outlier over the years to come. But after about 1997, you see a more steady decline in growth rates over the past 25 years, from about 2% a year to about 0.5% a year now.

In Utah, US growth is now just under one percentage point, but as Dave’s article points out, there are 21 states plus the District of Columbia that now have fewer members than the last report for late 2019.

That’s pretty unusual. Prior to the 2021 report, 2018 saw the most states with membership declines when 12 states saw declines.

Maybe it’s just my political brain, but I also noticed a trend in this list: The top 12 states in terms of Latter-day Saint growth over the past two years are “red” in the 2020 presidential election voted for Donald Trump. Eight of the bottom 10 were “blue,” voting for Joe Biden.

It’s no secret that some states’ populations have declined during the pandemic — most notably California, which lost about 300,000 residents between 2021 and 2022. About a third, 91,000, died from COVID-19 while others moved out of the state.

So how has the percentage of Latter-day Saints changed relative to the total population in each state? Make sure to interact with this chart by selecting your preferred state from the drop down menu below.

For the country as a whole we see similar trends: the percentage of church members increased more significantly in the 1980s, 90s and early 2000s before stagnating somewhat in the 2010s.

Interestingly, 34 states saw a decrease in their percentage of church members from 2019 to 2021. Notably, the United States’ percentage of church members declined, as did Utah’s. New Jersey, Idaho, and North Dakota were the top three losers relative to population change, while in South Dakota, Washington, DC, and Arkansas, Latter-day Saints made up a larger proportion of their congregations.

By examining the proportion of residents in each state, it is also easier to determine if there is a significant discrepancy between the Church’s lists and those who truly consider themselves members. The Public Religion Research Institute has conducted surveys of more than 500,000 Americans over the past eight years, asking people what religion they identify with. In fact, the researchers even increased the sample of Utah residents to get a larger sample size to understand what an unusually religious condition is.

In the end, 55% of the Utahans they spoke to identified themselves as Latter-day Saints, while they reported that between 64% and 68% of Utah’s population were on official Church records during that time. Utah had the highest percentage of any state that attended church at least once a week, at 52% of the total population.

Obviously, the pandemic played a role in these numbers, both in the movement of people between states and in the skipped reporting of 2020. But the stagnant growth and even decline seen in 2021 across the US and a significant number of states , continuing a trend we saw even before COVID-19 took hold in the second half of the 2010s.

There is no doubt that growth overseas, particularly in Africa, tells a more optimistic story for Church membership. But here in the United States, it is difficult to describe the position of the church as a whole as anything but relatively stagnant.

Andy Larsen is a data columnist for The Salt Lake Tribune. You can reach him at alarsen@ sltrib.com.

https://www.sltrib.com/religion/2022/05/23/andy-larsen-lds-church-is/ The LDS Church is losing membership interest in most parts of the US – and other things I’ve learned researching the scrolls

Scotland: Mama says she found Gandalf hiding in her floorboards