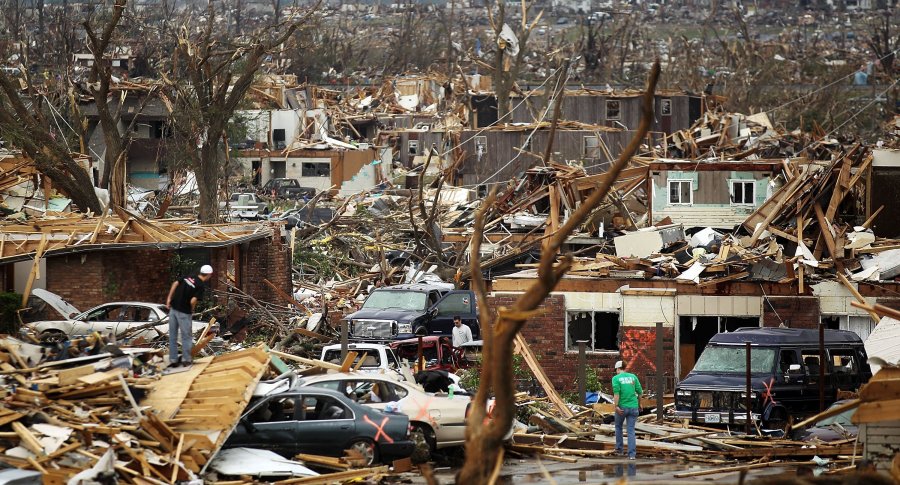 Sunday is the 11thth Anniversary of one of the deadliest tornadoes of all time. The massive EF-5 tornado struck Joplin, Missouri on May 22, 2011.

The tornado had winds in excess of 200 miles per hour and caused catastrophic damage. There were 158 dead, over 1,000 injured and 7,000 buildings destroyed.

The trail was 22.1 miles long and at maximum width, the damage swath spread between three quarters and a mile.


Also on this day in 2019 was the EF-3 tornado in Jefferson City, Missouri. This tornado measured 32 miles in length and caused severe damage or completely destroyed numerous homes and businesses in central Missouri. There were no fatalities but 33 people were injured.


This EF-3 tornado occurred in the late evening hours of May 22ndand prompted the National Weather Service Forecast Office in St. Louis to issue the first tornado emergency in its history.