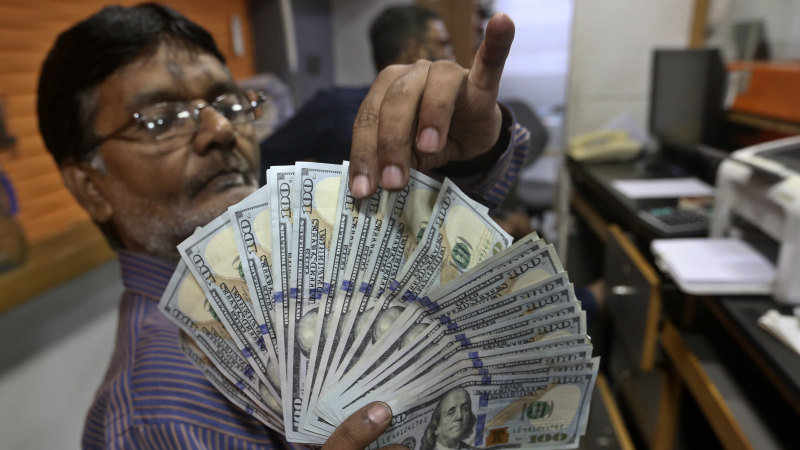 In a way, the UK’s plight reflects the dilemma faced by many policymakers, caught between rising inflation to levels not seen in decades and slowing rates of economic growth. Europe, hardest hit by the energy crisis, faces a recession even if the European Central Bank hikes interest rates in the euro zone.

It’s not just Europe or the UK, however, where the aftermath of the pandemic and the Fed’s relatively newfound aggression are biting.

As discussed yesterday, late last week the Bank of Japan was forced to intervene in the yen market for the first time in almost a quarter of a century after seeing its currency fall 20 percent against the US dollar over the year.

This week, the People’s Bank of China fixed the value of its currency at more than 7 yuan to the US dollar for the first time since the worst moments of the pandemic in 2020. The yuan started this year at 6.35 to the dollar.

China doesn’t have an inflation problem, but it does have a growth problem. Recent forecasts assume that China’s GDP growth rate will be revised to below three percent. The effects of the COVID-zero policy, a housing crisis, high energy costs and the fact that commodity costs are inflated by trading in US dollars combine to slow the economy.

Slowing growth and devaluing currencies in Asia’s two largest and most interconnected economies will spread economic pain beyond their borders.

And it’s not just Asia where the effects of inflation, rising interest rates, energy and food costs, and currency devaluations are being felt. Eastern Europe (mainly because of the war), Africa and South America are also in trouble and the list of national bankruptcies is growing.

It’s a chaotic and potentially dangerous environment; one that has reduced the value of all risky assets and even some, like government bonds, that are considered safe havens.

While the region’s less developed economies are less exposed to US dollar-denominated debt and have larger foreign exchange reserves than before the Asian financial crisis of the late 1990s, capital flight is occurring as investors are lured away from the region in favor of higher yields and the currency appreciation offered by the US.

In Europe, the euro broke parity a week ago and is now trading at a 20-year low of around €96 per dollar. European policymakers are in an awkward position as Eurozone inflation tops 9 percent but economies are being devastated by the exorbitant cost of securing energy supplies ahead of winter.

The eurozone’s powerhouse, Germany, is shrinking because its economic model – producing with cheap Russian gas – appears to be broken beyond repair.

The Fed is still a long way from where its terminal rate — its peak interest rate — is expected. The federal funds rate is now in a range of 3 to 3.25 percent. The Fed’s own forecasts put it at around 4.6 percent next year.

Couple the pace at which the Fed is now moving with America’s traditional role as a safe haven in volatile times, and there is the prospect of continued capital flows into the US and away from other economies, and with it continued downward pressure on other currencies and upward pressure on theirs fare structures.

If the Fed continues to tighten aggressively, it will be under immense pressure to catch up, or it will face another significant depreciation of its currencies and a rise in inflationary pressures.

The Australian dollar, for example, was trading just below $65 on Monday. It peaked just under $76 in April and was still above $70 in the middle of last month. The RBA will have no choice but to factor the inflationary implications of this devaluation into its future decision making.

It’s a chaotic and potentially dangerous environment; one that has reduced the value of all risky assets and even some, like government bonds, that are considered safe havens. Stocks and bonds are in bear markets, largely triggered by the rise in US interest rates.

The OECD lowered its forecasts for global growth on Monday, saying the global economy will still grow 3 percent this year but will slow to 2.2 percent next year. She blamed the war in Ukraine for slowing growth and upward pressure on inflation.

In the complex and darkening circumstances, these would be acceptable, if uncomfortable, results. However, risks remain on the downside, as noted by the OECD, and the prospect of something worse – some form of global financial crisis – is looming as the Fed tightens US monetary policy faster than its peers and interest rate and currency relations hold up to diverge.

https://www.smh.com.au/business/markets/the-fed-is-driving-the-world-towards-recession-or-worse-20220927-p5bl8i.html?ref=rss&utm_medium=rss&utm_source=rss_business The Fed is pushing the world into recession or worse