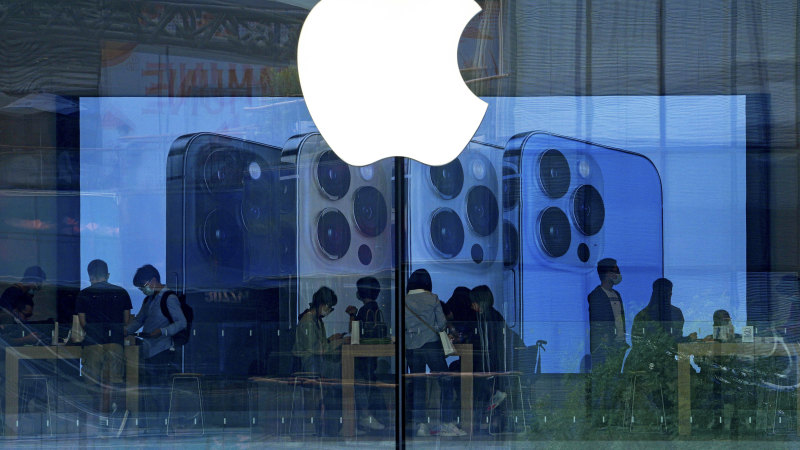 Known as iPhone City, the Zhengzhou plant produces the vast majority of high-end iPhone 14 Pro and Pro Max devices. In November, thousands of workers fled or staged protests against extreme COVID rules. But Foxconn ended most of those restrictions last month and offered more incentives for new and current employees.

Another Apple supplier, Murata Manufacturing, added a bearish note last month. The company expects the tech giant to further scale back production plans for the iPhone 14 in the coming months. The iPhone accounts for about half of Apple’s sales.

“Judging by the availability of cellphones in stores, I see a downward revision,” Murata President Norio Nakajima said in an interview. “I hope it doesn’t get too deep.”

Meanwhile, Nikkei reported Monday that Apple has told several suppliers to cut back on components for some products, including AirPods, the Apple Watch and MacBooks, amid slowing demand.

Apple is expected to report its latest earnings report in the coming weeks. The quarter, which runs through December, is the busiest period of the year in terms of revenue, and analysts had initially forecast record-breaking earnings. Now they are forecasting a slight drop to $122.9 billion, according to Bloomberg estimates.

Apple’s valuation is underpinned by hopes that the company still has major growth opportunities ahead of it. Services have been a key growth area in recent years and now account for more than a fifth of sales. The company is also working on some big swings, like a mixed reality headset that could be unveiled later this year and an electric vehicle.

With support from Ryan Vlastelica and Nick Turner.

Matthew Macfadyen stars in the trailer for the series "Stonehouse".