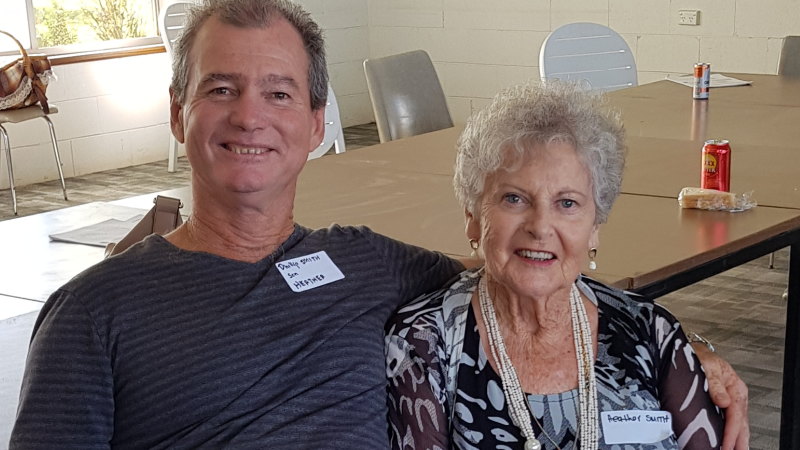 “Our stomachs start to turn with anger because of what happened and how it happened,” said Holroyd, a former nurse.

Smith’s death is one of four potentially preventable deaths uncovered by a herald Inquiry where the coroner was not notified or chose not to investigate.

There was also no internal investigation until two years later when the Health Care Complaints Commission (HCCC) received an anonymous complaint.

A spokesman for the Western NSW Local Health District said after the complaint was made, Dubbo Hospital hired an independent surgeon from a tertiary hospital outside the LHD to review the case.

“This review found no deficiencies in care,” the spokesman said.

The spokesman noted that Smith was not in the care of Dubbo Hospital when the clinicians decided her death could not be reported to the coroner and such decisions were based on criteria under the NSW Coroners Act.

These criteria state that deaths that are “not the reasonably expected result of a health-related procedure” must be reported.

That herald was brought to the attention of Smith’s death by whistleblowers who were unhappy with the handling.

That herald contacted three senior surgeons from elsewhere in NSW who agreed to review the case anonymously as they are not authorized to speak to the media.

The surgeons also feared the impact of the NSW health bureaucracy and said it penalized clinicians who spoke out about patient deaths and safety issues.

Her comments echoed damning findings from a recent parliamentary inquiry led by a herald Detection. It expressed “serious concerns about the governance of the health bureaucracy” and found that hospital staff were operating in a “culture of fear”.

NSW Health has since insisted it has an equitable culture in which staff are openly encouraged to report problems.

The surgeons were very critical of Smith’s care in Dubbo and disbelieving that the local health districts chose not to investigate.

They argued the case raised serious questions about whether regional hospitals like Dubbo had sufficient resources to identify and intervene in patients who were deteriorating as a result of complications from the surgery.

The surgeons said the fact that the investigation was commissioned by Dubbo Hospital and not the HCCC raised broader questions about “self-regulation and a failure to investigate adequately”.

A spokeswoman for HCCC said that when she received the complaint she received “important information from the local health district that has led to further action by the LHD”.

She said the HCCC is still reviewing the material received as a result.

After family and doctors at the RPA agreed that the most compassionate thing they could do was stop treatment to keep Heather Smith alive, they told her she was going home to “Gil.”

“She said it was wonderful,” Holroyd recalled. “When she woke up, she must have thought she was in Gil. And she died.

“She thought she was home.”

Smith’s procedure, known as laparoscopic hiatal hernia repair with fundoplication, has a mortality rate of 1 percent or less according to several studies, and esophageal perforation is a rare complication.

After the surgery, Smith struggled to keep food down and suffered from nausea, pain and low blood pressure. She also developed a productive cough and was diagnosed with hospital-acquired pneumonia.

One doctor commented that she “looked miserable” and “gagged dry during my check-up.” She gathered enough to ask with a wink why there weren’t any The bold and the beautiful on TV.

On a day when Smith was in pain “10 out of 10,” she refused to participate in mobility and breathing exercises with the physical therapist. Smith received “firm training” about the need for the exercises, records show.

“She always put the explanations for her poor recovery in the basket, like the lack of deep breathing,” recalled Holroyd. “Never that anything went wrong with her work.”

Holroyd bursts into tears as she recalls feeling powerless to challenge staff despite her nursing experience.

Dubbo Hospital’s roll of honor bears Holroyd’s name after she graduated from there 40 years ago.

“The decline is so sad to see,” she said.

The spokesman said the Western NSW Local Health District offered its sincere condolences to Smith’s family and pledged to reflect and make improvements where possible when patient outcomes or experiences did not meet expected standards.

“Dubbo Hospital provides excellent and quality care to thousands of people every year,” he said. “The team of healthcare professionals is caring, professional and respected.”

The surgeons who reviewed the case for the herald said that the biggest factor determining survival of a perforated esophagus was the time it took to detect and repair it, since the mortality rate increases exponentially after the first 24 hours.

“I don’t think a rural facility is suited to repairing a perforated esophagus,” added one.

The surgeons said Smith’s death was a classic example of “rescue failure” — a delay in recognizing and responding to a patient’s deterioration after complications from surgery.

One of the surgeons interviewed by the herald explained that underperforming hospitals tend to lack large teams of experienced staff and specialists, well-equipped intensive care units, and 24-hour X-ray care, all of which help diagnose and treat complications.

A 2014 study by researchers from the University of NSW examined rates of non-rescue according to the patient’s home address in 153 local governments in NSW.

Smith’s hometown of Gilgandra was among 31 LGAs identified between 2002 and 2009 as “hot spots” with increased rates of non-rescue success.

One surgeon said patients who underwent hernia repairs typically went home after two nights. He would be “horrified” if a patient vomited and was in severe pain on the 10th day.

He felt that a root cause analysis should have been carried out.

The surgeon said the case reflected the “Swiss cheese model of risk” in which multiple holes were matched to produce a poor outcome. He argued that hospitals needed “appropriate support” when performing demanding surgeries.

“Transferring someone from Dubbo to RPA is not a backup,” he said. “You have to have a couple of surgeons who specialize in that area available 24/7 to fix problems.”

Western NSW’s LHD spokeswoman noted that Smith had been informed that she was at “an increased risk of known surgical complications” because she was in her mid-80s and lived with serious, complex medical conditions and medical histories. These included drugs that suppressed her immune system.

The surgeons also questioned the appropriateness of patient selection.

“A healthy, fit patient with a fundoplication in Dubbo is one thing,” said another surgeon. “This lady never was.”

The Western NSW LHD spokesman said decisions on whether to transfer patients to tertiary facilities for surgery were made by treating doctors and specialists after extensive assessments and patient interviews.

The spokesperson noted that the independent evaluator noted that it was not necessary for Smith’s procedure to be performed in a tertiary hospital and, given her comorbidities, it was very unlikely that the outcome would be different if that were the case.

The spokesman said the procedure was performed at Dubbo Hospital’s new surgical department following the hospital’s $306 million refurbishment and that more than 9100 surgical procedures were performed in the 2019-20 fiscal year alone.

Smith’s death bears striking similarities to the death of another patient at Dubbo Hospital in 2010.

Kylie Greenaway’s small intestine was perforated during hernia surgery. It took staff four days to transfer the 29-year-old to Sydney, where she died of sepsis.

Assistant Medical Examiner Hugh Dillon noted that staff failed to recognize the severity of some of Greenaway’s symptoms as they worsened and appropriate action was delayed. They have “the decency to acknowledge that mistakes were made and that Kylie died as a result,” he said.

Two experts said Greenaway should have been immediately transferred to a high-volume hospital in Sydney once she contracted sepsis.

Management informed the investigation that if this were standard practice, the patient transport system would collapse.

That herald The NSW coroner said he was also investigating after a patient deteriorated five weeks after surgery at Dubbo Hospital and was transferred to the RPA, where he died of sepsis.

Western NSW’s LHD spokesman said in a 2020 Bureau of Health Information survey that 96 per cent of patients rated their care at Dubbo Hospital as ‘very good’ or ‘good’.

https://www.smh.com.au/national/nsw/our-stomachs-churn-with-anger-simple-operation-ended-heather-smith-s-life-20220701-p5ayaa.html?ref=rss&utm_medium=rss&utm_source=rss_national_nsw The death at Dubbo Base Hospital sparks anger against the ailing system