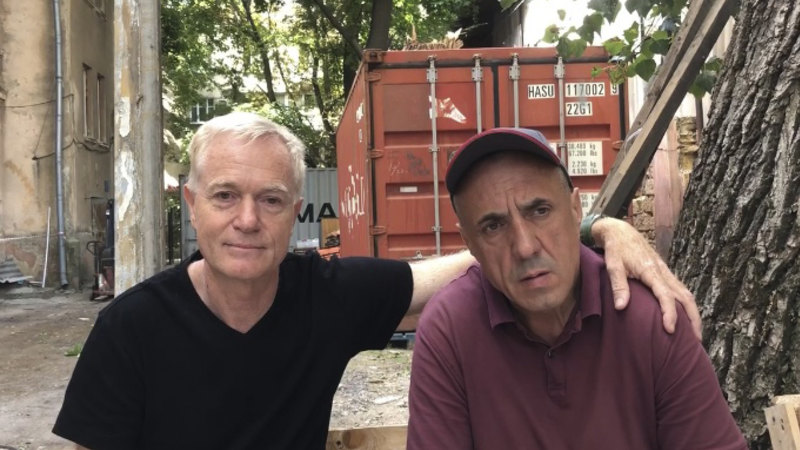 One day I was returning from Romania after picking up donations in kind and a few cases of Coca-Cola, beer and wine for a well-deserved party for my colleagues. However, when I returned, the mood was somber after an operation to transfer refugees fleeing the occupied territories.

Two people had been killed: a passenger and the friend of a colleague who had a wife and four children. For two days his body lay on the street where he had been shot. It was too dangerous to try to get it back. Several others were injured, including one seriously. The colleague who saw his friend shot is now a registered witness in a war crimes inquest.

I have also seen hospitals and schools attacked. In one case, Russia claimed a school in Dachne, on the outskirts of Odessa, was attacked because it housed Ukrainian and international fighters and military equipment. My colleagues and I visited the school a few hours after the attack and saw no evidence to support these claims. As far as I could see it only functioned as a school. His director was shaken in disbelief.

It’s a cliche, but it’s also apt and true: war brings out the best and the worst in people. During my time in Ukraine I have seen so many examples of nobility, generosity and selflessness rising above tragedy and terror. When we called for help to renovate a building given to us by the authorities, artisans from across Odessa volunteered time and hard-to-source materials. We got it up and running within a week and from there we can help 200 people a day, including close to the frontline.

Mischa and many other displaced people are now volunteers who come most days to help put together food packages. He has found solace, understanding and camaraderie among the other volunteers. In addition to the physical injuries, there are mental wounds for Misha and many others that we cannot even begin to comprehend.

I returned to Adelaide in early November. I am proud of the help that the Australians and their government have given to Ukraine. It is important that this continues and we show Ukraine that they are not alone. The next few months will be very tough.

Maurice O’Connell is a volunteer. He will return to Ukraine in early 2023.

https://www.smh.com.au/world/europe/the-day-i-came-face-to-face-with-russian-brutality-in-ukraine-20221229-p5c9bs.html?ref=rss&utm_medium=rss&utm_source=rss_world The day I came face to face with Russian brutality in Ukraine

Record financial loss at Melbourne Victory as US ownership threatens