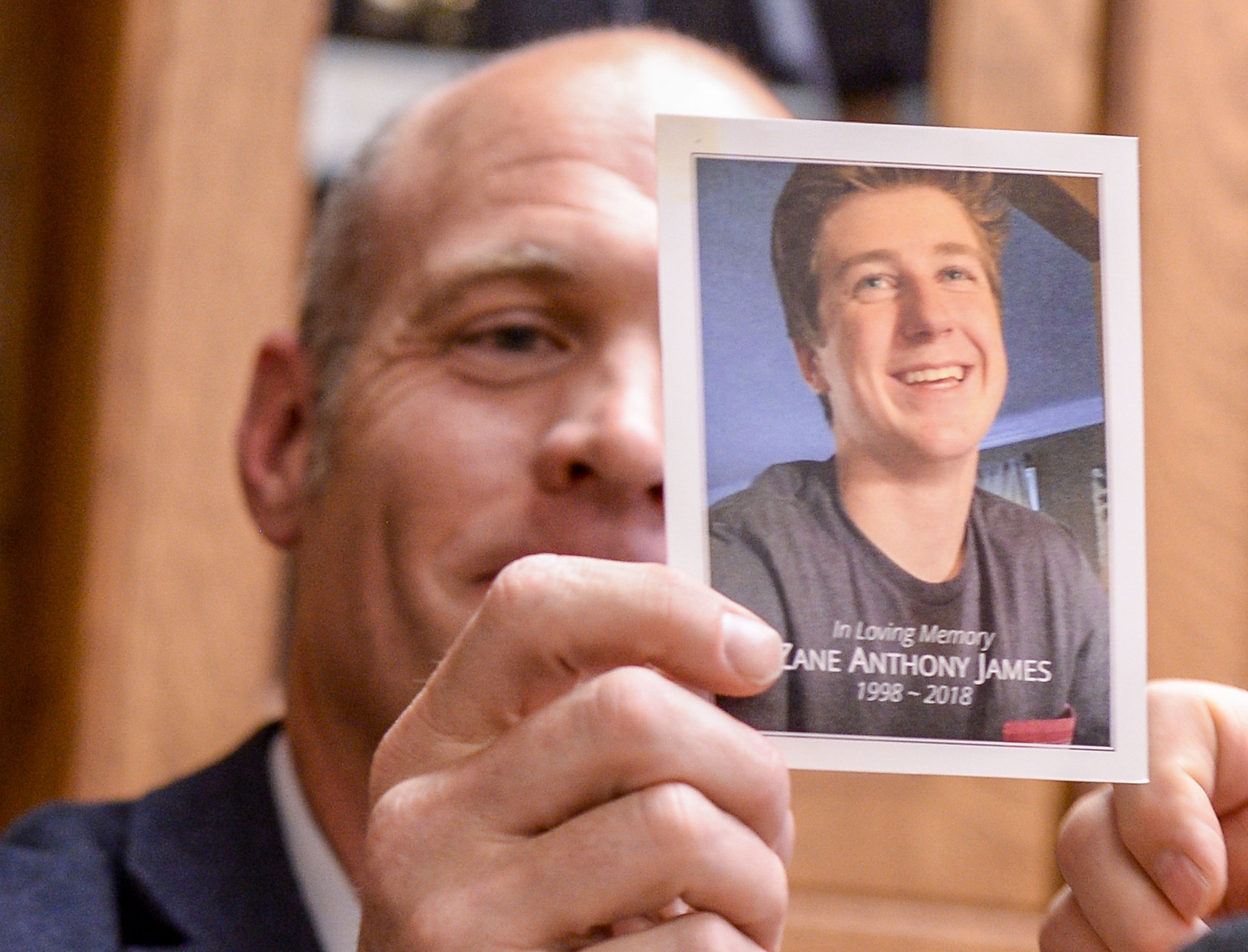 Prosecutors have reopened their investigation into the police shooting death of Zane James after new information emerged.

(Leah Hogsten | The Salt Lake Tribune) Aaron James holds a photo of his son Zane James on Thursday. The James’ and her attorney, Bob Sykes, filed a civil rights lawsuit on May 16, 2019 alleging that a Cottonwood Heights Police Department officer used excessive force in the fatal shooting of their son, 19-year-old Zane James, on May 29 used violence. 2018

Gil’s office reopened the case in March after receiving new evidence. Previously, prosecutors only knew that Officer Casey Davies shot Zane James, not that Davies hit the teenager with his police car.

But Gill said he would not press charges against Davies and said he did not have enough evidence to show Davies “deliberately, knowingly or recklessly” hit Zane James, who was riding a motorcycle, with his police car in 2018.

Gill previously felt Davies was justified in shooting James. His Friday announcement concerned whether Davies had the right to use force when he hit James with his vehicle before the shooting.

It was the first time Gill had formally reinstated a police shooting case in his 12-year tenure as Salt Lake County’s chief prosecutor.

Police officers are allowed to use deadly force, such as shooting at someone or hitting them with their car, if they “reasonably believe” that person poses a threat to the officer or anyone else. Gill concluded that there was no evidence James was a threat to anyone at the time Davies made the decision to run his car over him.

However, Gill said he could not press charges because there was not enough evidence to support the charges against Davies either.

Davies said in a forced internal police interview that he “made the decision that I’m going to run [James] over” and then hit James with his car before shooting at him. But Gill can’t use that evidence in a courtroom, per a 1967 Supreme Court decision in Garrity v. New Jersey that said information obtained through such forced interviews should not be used in criminal proceedings.

Davies asserted his Fifth Amendment right against self-incrimination and did not participate in Gil’s review.

Gil’s office is required by law to investigate all cases of fatal violence by officers. But he hadn’t investigated Davies’ decision to hit James – no one had seen it and the only source of information about it was Davies’ internal interview.

The Salt Lake Tribune first reported the details of the crash last August, when James’ family filed an amended complaint in federal court as part of their ongoing civil case against the Cottonwood Heights Police Department. The James family received Davies’ internal interview as part of a civil lawsuit.

James’ family allege Davies used excessive force when he shot James in 2018 and that the department tried to cover it up, including by destroying video of the shooting. The ministry has denied these claims.

Gill resumed his investigation after the Cottonwood Heights Police Department updated the report detailing the shooting. The document had previously only described the shooting; The added footage confirmed Davies’ first fatal use of force with his car.

Lt. Dan Bartlett wrote in the update that Sgt. Ken Dailey had contacted him and asked why he was scheduled for an upcoming civil hearing. Dailey had been the liaison between the Cottonwood Heights Police Department and the outside agency investigating the shooting.

During that conversation, Bartlett explained, Dailey told him that Davies had told Dailey that he hit James with his car.

Dailey wrote in the new update: “[Davies] said he forgot his body-worn camera. Officer Davies also commented that he bumped the motorcycle with his police vehicle and the suspect grabbed his waistband.”

Bartlett wrote that “this information was new to me and I felt I had to investigate further.” He said he told Police Chief Robby Russo and called the Salt Lake City Police Department and the Salt Lake County Attorney’s Office to resume the investigation.

James was killed on May 29, 2018 after police said he robbed a store in Sandy with an airsoft gun. Police began chasing James, who was riding a lightweight mini-bike, in their squad car because he matched the description of the suspect in those robberies.

At one point, James collapsed near an intersection in a residential neighborhood, got up, and started walking away.

Davies ended up shooting James four times and hitting him twice after seeing what he thought James was reaching for a gun. Police found a fake gun in James’ jacket pocket. James died in a hospital on May 31, 2018.

This is an evolving story and will be updated.

https://www.sltrib.com/news/2022/05/27/cottonwood-heights/ The Cottonwood Heights police officer was not authorized to ram the 19-year-old man before fatally shooting him

Sainsbury faces legal action over allegations of an autistic man