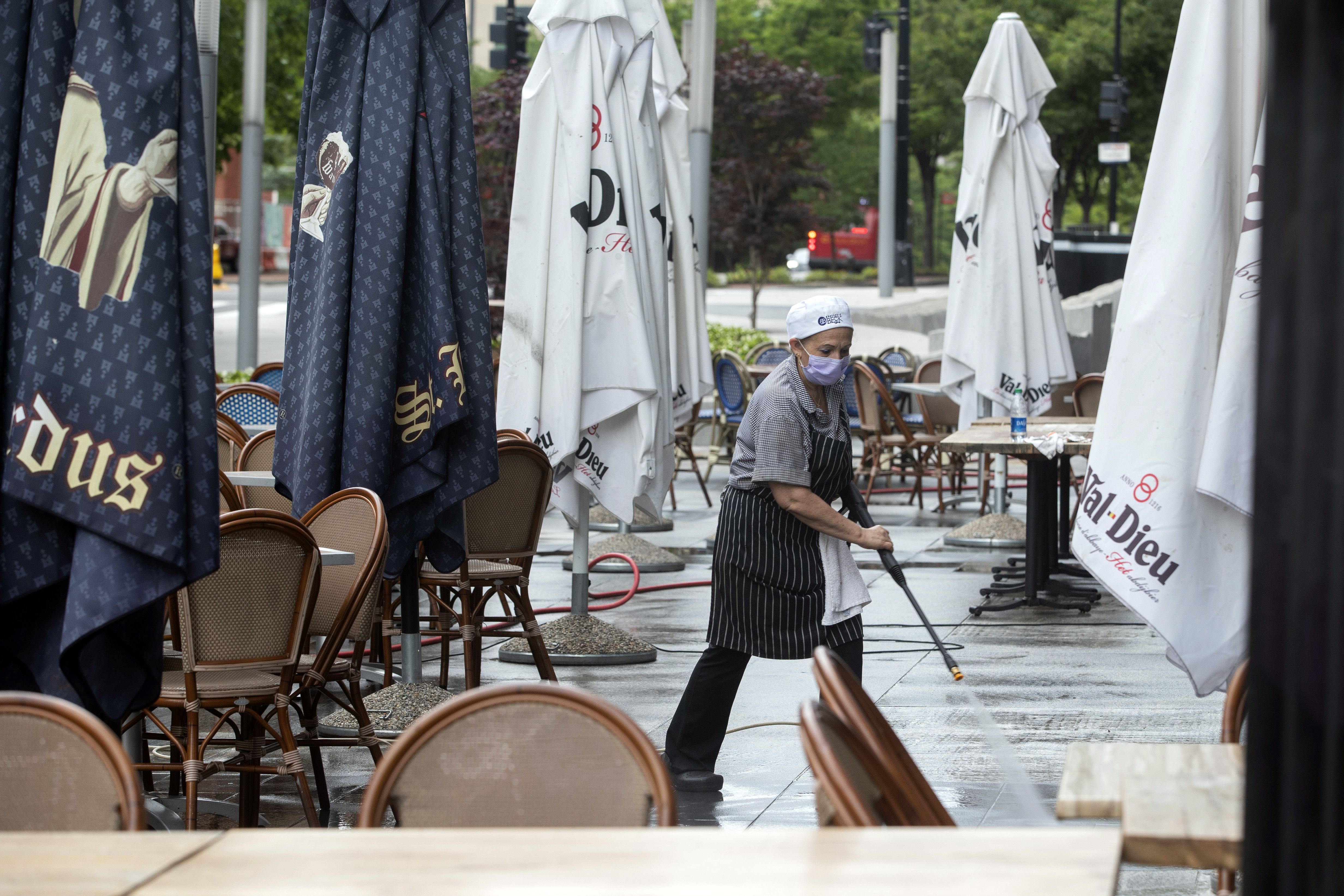 WASHINGTON – A controversial proposal to change the pay structure for servers and other workers in Washington’s bars and restaurants will be put before voters on Tuesday, four years later Approval for an identical ballot issue this was later rescinded by the DC Council.

Initiative 82 would eliminate the so-called tipping system, whereby restaurant owners pay certain employees well below the $16.10 hourly minimum wage, assuming the difference would be made up by customer tips.

Currently, restaurant managers pay salaries as low as $5.35 an hour for some employees. If employee tips don’t bring that income to the minimum, employers pay the difference.

The proposal would phase out the two-tier system and require employers to pay each employee the minimum of $16.10 by 2027.

The issue sparked heated debates in the hospitality industry in 2018, and its revival has done the same this year, with campaign posters for and against alongside those for mayoral or council candidates.

The council and Mayor Muriel Bowser have been heavily criticized for reversing the 2018 initiative, and several council members who voted to repeal the previous initiative have publicly stated they would not do so again if the new one initiative would be successful.

Supporters claim the change will provide protection and equal rights for all employees, while opponents – including the local restaurant association – warn the extra cost would drive up costs, force smaller independent restaurants to close and result in extra fees that would drive customers away and discourage tipping heavily.

The dynamic is more complex than just work vs. management; The debate has divided restaurant and bar staff. Many waiters and bartenders object, as they currently earn well above the minimum tip amount and fear that if an additional service charge is imposed, those tips would shrink.

Geoff Tracy, a well-known local chef with two DC restaurants, opposes the measure but does not predict it will result in layoffs or restaurant closures. Rather, he described it as the illusion of change without actually achieving much.

Tracy said waiters and bartenders at his restaurants make less than $6 an hour, but after tipping, waiters make an average of $36 an hour and bartenders make more than $40. He predicted that increasing base pay by another $10 an hour would simply force a new service charge, lower tips, and end up making everyone about the same amount or less.

“I’m not a big fan of raising prices for my customer base,” Tracy said. “The real beneficiary is going to be the District of Columbia, which will impose a 6% tax on all of these new service fees.”

Ryan O’Leary, one of the leaders of the Pro-Initiative 82 campaign and a former tip server, said the initiative was designed to protect some of the hospitality industry’s most vulnerable members. O’Leary said the strongest internal resistance comes from “really well-established bartenders who are at the top of the pecking order”.