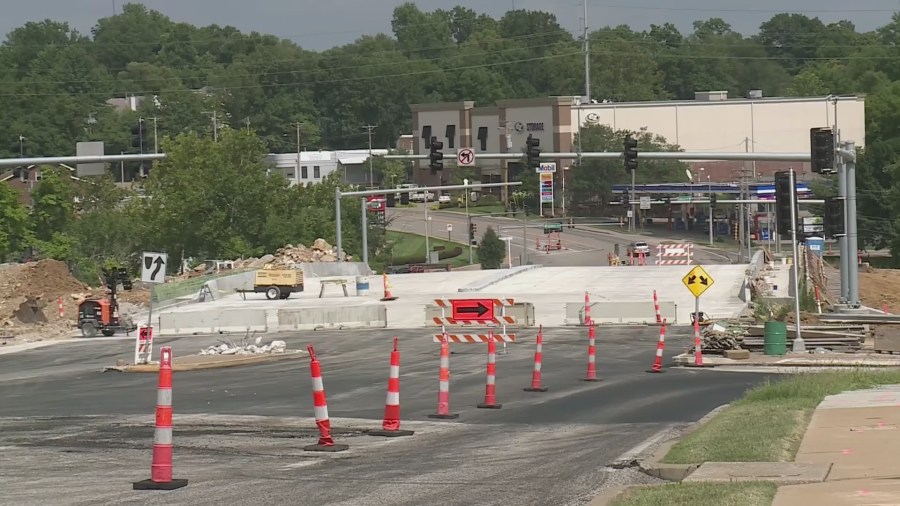 ST. LOUIS COUNTY, Mo. — A big relief for drivers in St. Louis County, especially those near Kirkwood and Crestwood.

Starting Monday, MoDOT will reopen the Big Bend Bridge over Interstate 44. Crews will open one lane in each direction, as well as lanes to turn left onto the Interstate before the evening rush hour. Crews expect to fully complete work around the bridge in November.


Motorists said even opening a lane in each direction is a big help to traffic.

“My wife takes it to work every day. So if she has to go to Sam’s, she waits until she gets off work to go,” Bob Cosby said.

Cosby is taking a different route to get to his destination because of the lockdown. He said it only adds a little time, but for other drivers in the area, the detours can add a lot of extra time.

“I had to use Lindbergh all the time and that can be a nightmare depending on the time of day. And since the bridge is closed, it’s also busier than usual. So it was definitely rougher,” said John Williams.

MoDOT shut down the bridge back in April to demolish the existing bridge and build the new one. Officials said the original bridge was built in 1967 and needed many repairs. Motorists are looking forward to the quick reopening of the bridge.


“It’s usually longer than expected, so I guess we’ve had nice weather all summer,” Cosby said.

John Williams hopes the reopening will ease traffic in the area.

“I used it quite a bit. I used it almost every time I had to go to Kirkwood Commons because it’s a lot quicker than trying to deal with Lindbergh,” Williams said.

https://fox2now.com/news/missouri/big-bend-bridge-over-i-44-reopens-monday-relief-for-many-drivers/ The Big Bend Bridge over I-44 will reopen Monday, a relief for many drivers

Meghan Markle latest news: Prince Harry's shock memoir could be the 'MOST DEVASTATING release' to hit Firm since Diana's book