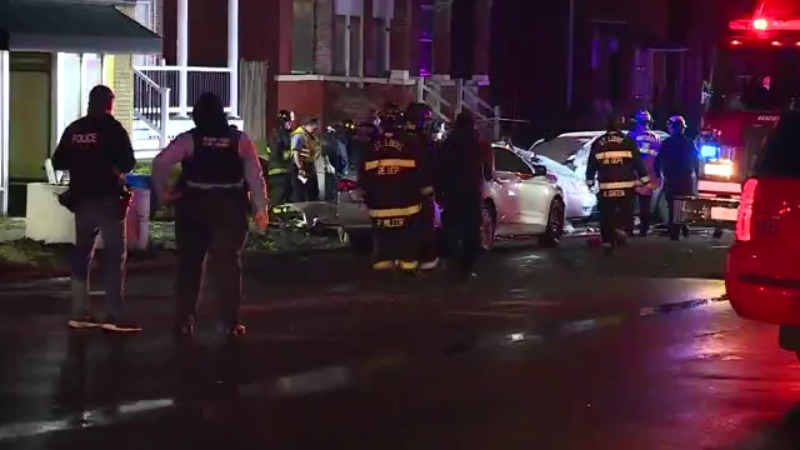 ST. LOUIS – A teenager is behind bars facing 17 criminal charges in connection with a fatal accident on Mother’s Day weekend in St. Louis.

Prosecutors have charged 18-year-old Marshawn Stepney with a range of felonies, including second-degree murder, armed crime, leaving the scene of an accident and other felonies.

After a May 6 accident on Delmar Boulevard in west St. Louis, five people died and two others are struggling with serious injuries, according to investigators. Police say the victims in a minivan were T-boned by someone who was driving a stolen Jeep, which police were trying to locate during a high-speed pursuit that night.


Police say the Jeep was stolen from Herculaneum, Missouri, last month and linked to multiple crimes. This included another accident that evening in which people in the car are said to have fired several shots at another vehicle.

Based on the preliminary investigation, the driver of the stolen SUV was attempting to flee from police, who were driving east on Delmar, when they encountered the SUV packed with seven passengers. Five family members, including four adults and a child, died in the crash. Two other children were injured in the collision.

Check Radar: A few severe storms are rolling through Missouri


The St. Louis Metropolitan Police Department is expected to discuss the investigation and details of what led to the crash at a news conference Friday afternoon. FOX 2 will be updated as more information becomes available.

Crypto Crash Will Have Limited Impact on US Household Wealth and Labor Supply: Goldman Sachs