Taniela Tupou has always spoken with a brutal straightness while playing.

Called up for the second Test against England after two months with a calf injury, the Wallabies enforcer was just himself as he revealed he had enjoyed the enforced absence and believed it had refreshed him for the task ahead.

Barely in the best of shape before his injury, Tupou made it clear he wanted a break from the Queensland Reds overseas – and preferred a sabbatical in Japan.

He remains a key man for the Wallabies – especially with Allan Alaalatoa out in the first game with a concussion.

“Tell you what, it’s probably unfair to say that, but I’ve really enjoyed being free not to play for the past few weeks,” Tupou told reporters on Thursday.

“I would have loved to have played last week and played for the Reds last weekend but I didn’t miss it one bit. I enjoyed being off the field and enjoyed not having to prepare for the game. 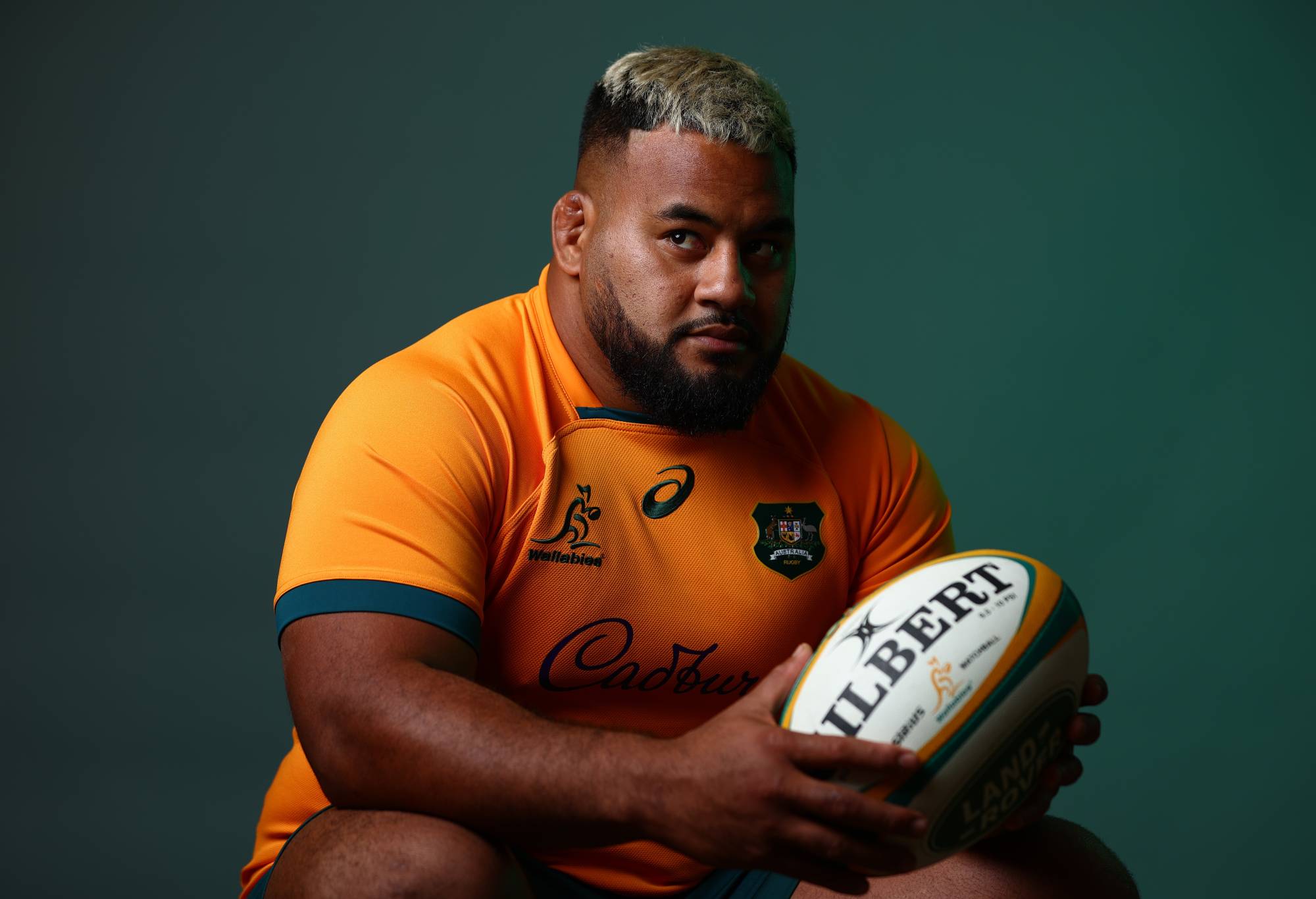 “I’m ready to play now. But when I was injured I didn’t miss it and I didn’t want to come back and play so soon. But I’ve worked a lot with some of the guys and I’m in a good environment now and I think I’m ready to go out and have some fun.”

When asked if the break might have been the best thing for his career, Tupou replied: “100 percent. I think being injured was the best thing that has ever happened to me, both mentally and physically, and I was ready for something different.

“That happened and I’ve stayed away from footy, I’ve spent a bit of time with the wife and family and now I’m ready to play again.”

Tupou admitted he hadn’t paid attention to last week’s game – he was in the hospital with his wife a day after the birth of his first child, a son named Nella.

“Crazy, crazy experience. I haven’t slept much, but I’m enjoying it,” he said. “From now on I have to sleep in the camp. I have to prepare well for the next few days.

“All I know is they have a big pack of world class front rowers and they are going to come hard this weekend. They didn’t get what they wanted last week.”

Tupou did too, a big little chip off an imposing block.

“Sometimes when I’m training, I’m running around and I’m like, ‘Oh my gosh, f-k.’ Maybe it will hit me in a few weeks. I’m not sure, but right now I’m definitely going to go out and think of him when I hit the field this weekend. It’s not really about myself anymore, there’s someone else.”

Tupou lined up as a villain for the series by appearing in the Stan commercial – the one in which he crashes a stereotypical English tea party.

“The boys gave me a little shit about it. We were watching State of Origin and every break makes a bang, me. They pay me good money so I don’t mind,” he laughed.

This week he’s set to get a tougher reception than the Poms in the TV ad, with Ellis Genge lying in wait.

“I talked about him a lot,” Tupou said. “He absolutely did it in this competition in Britain and obviously he’s captain of his team and being a loose head he can run the ball, he can tackle and he can push.

“If he starts this week it will be my first time playing against him and knowing what he can do is a big challenge. I just have to focus on myself.

“You know what they’re saying, it’s not personal, but it’s personal. I will do what is best for the team but when you come out you want to be better than your opponent and they will try to do the same. He’s going to try to give it to me and crush me, and I’m going to do the exact same thing, go out there and give it to him. Lets see what happens.”

https://www.theroar.com.au/2022/07/07/best-thing-that-happened-to-me-taniela-reveals-he-didnt-miss-rugby-one-bit-but-refreshed-after-a-big-geez-f-moment/ Taniela Tupou returns for the Wallabies team to play England in the second Test

“Inflation hasn't peaked yet”: Rents continue to rise, putting potential home buyers under pressure. This is bad news for the Fed.