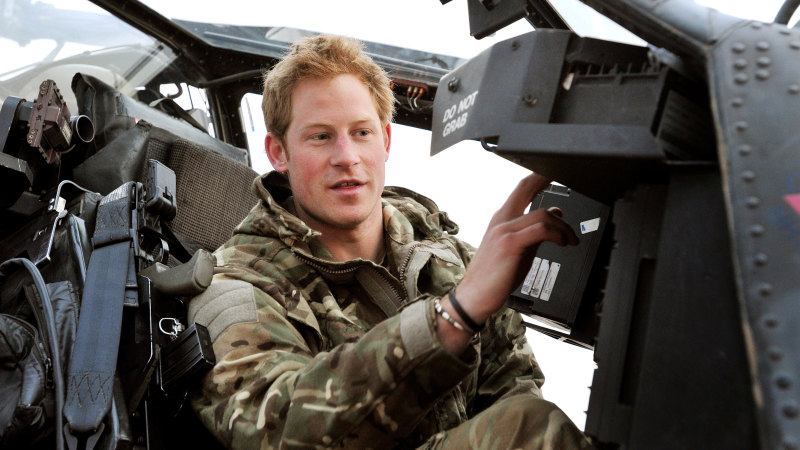 When asked about Harry’s comments, a UK Ministry of Defense spokesman said: “For security reasons, we do not comment on operational details.”

However, veterans have criticized the comments, saying they could increase security risks for Harry and British forces around the world.

Retired Colonel Richard Kemp said it was “an error of judgement” and that treating enemy combatants as pawns was “not the way the British Army trains people”.

“I think this type of comment, which does not reflect reality, is misleading and potentially valuable to those who wish to harm the UK armed forces and government,” he told the BBC.

“I don’t think it’s wise that he said that out loud,” Royal Marines veteran Ben McBean, who has known Harry from his military days, told Sky News. “He already has a target on his back, more than anyone else.”

Prince Harry’s representatives did not immediately respond to a request for comment.

Harry has previously spoken about his fighting experience, saying towards the end of his tour in 2013 that “if there are people trying to do bad things to our boys then we will take them out of the game”.

Harry lost his publicly funded UK police protection when he and his wife Meghan stepped down from royal duties in 2020.

The book’s publication, by a member of a family that tightly controls personal information about the royals, follows Harry and Meghan’s retirement from royal duties in 2020 to relocate to California and forge a new life.

Since then, the couple have drawn harsh criticism from the House of Windsor and the British press.

As is usual for the royal family, spokesmen for King Charles and Prince William have declined to comment.

British media have scoured the details of the books, but many people who commuted to London for work on Friday said they weren’t interested and didn’t want to talk about it.

Some of those willing to speak said they thought Harry had gone too far.

“I think he’s an idiot,” said Robin Parker, an entrepreneur. “My father was in World War II and I once asked him as a kid if he had killed anyone and he was very reluctant to say anything about it.”