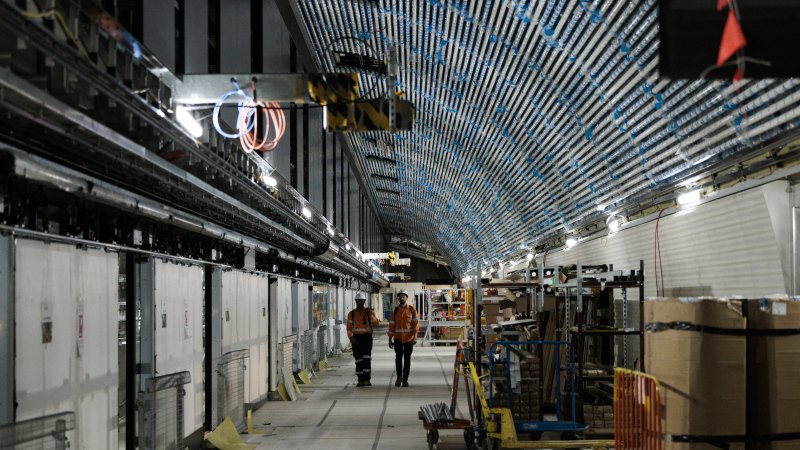 This development will anger some local NIMBYs, who complain that the character of their leafy suburbs is being lost by the ugly high-rises that loom over their quarter-acre blocks.

Ahead of the 2019 state election, then Finance Minister Victor Dominello broke with his own government and called for a freeze on new construction near train stations in his Ryde seat.

In these debates, the voices of those who absolutely want to live close to transport and services are not heard. The costs of maintaining green suburbs around train stations are borne by tenants and first-time buyers, who are forced to move further into sprawling suburbs with limited services and access to jobs.

The federal government’s Population Center forecasts that Sydney’s population will increase from 5.3 million now to 6 million in 2033 after a pause during the pandemic.

Without adequate, well-located new housing, this population growth will only drive up the cost of buying and renting housing.

Increasing the supply of housing is too often neglected in the debate about the housing shortage.

It is just as important as subsidies for first-time homebuyers and investments in social housing, which dominate the policy debate.

The Grattan Institute’s calculations suggest that if an additional 50,000 homes were built each year for the next 10 years, national house prices and rents would be 10 to 20 percent lower than otherwise.

If the state government is to realize this dream of a city intertwined by a network of train stations to form new municipal hubs, it must radically improve its haphazard planning processes.

Too often developers accumulate unexpected profits by buying land around future stations while contributing little to the community.

Train stations will open ahead of other vital infrastructure – such as schools, hospitals and bus hubs – needed to serve the new residents.

NSW will spend approximately $63 billion on the new rail network, including the Metro City and Southwest and the proposed Metro West line. The investment is justified, but the state government needs to do more to ensure it delivers on its promise.

https://www.smh.com.au/national/nsw/metro-stations-open-door-to-relieve-sydney-s-housing-crisis-20230110-p5cblw.html?ref=rss&utm_medium=rss&utm_source=rss_national_nsw Sydney Metro stations are opening the door to alleviate the housing crisis

Shoppers turn away from homewares as spending surges