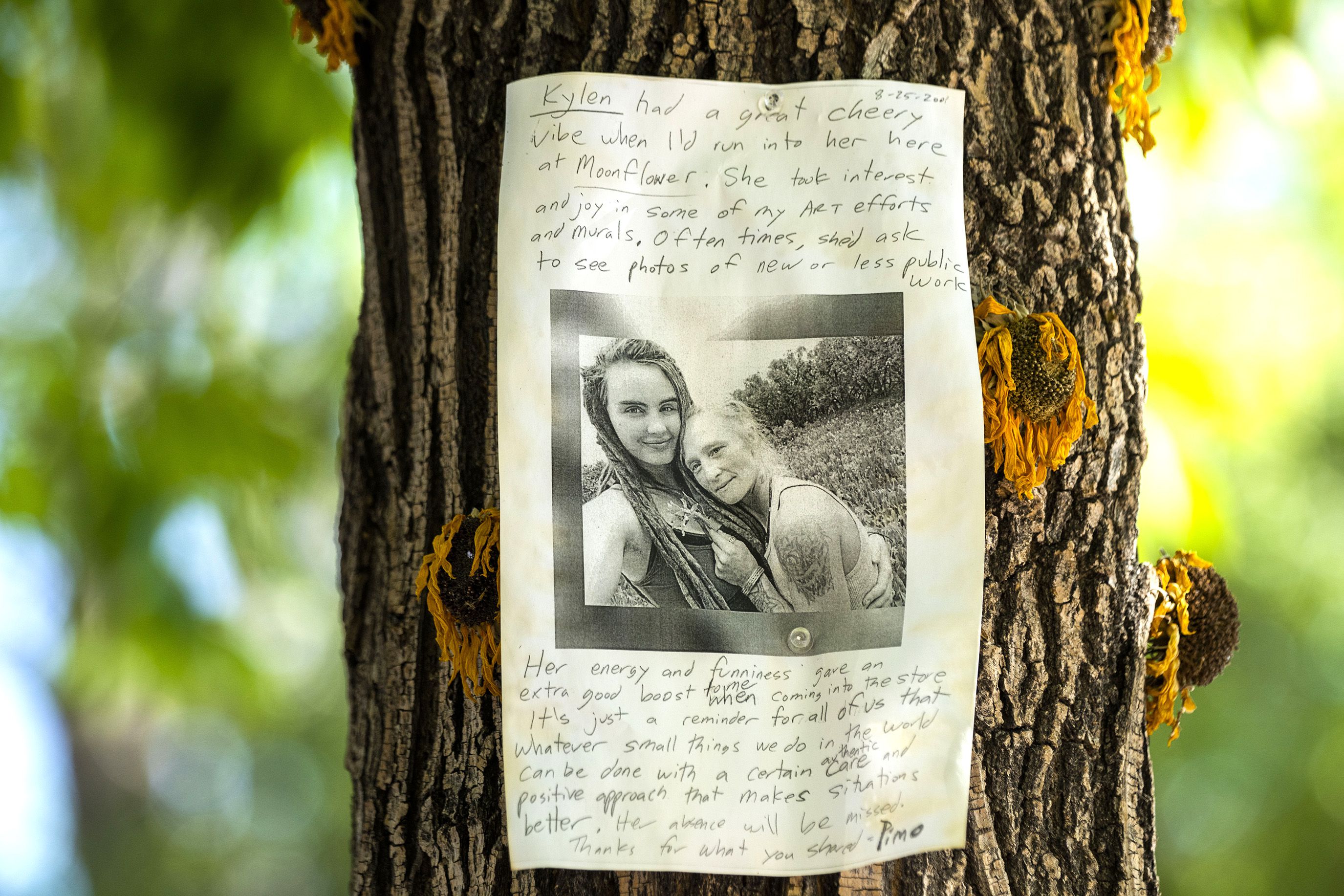 The man allegedly told someone he had murdered two women in Utah and provided specific details of the crime known only to investigators.

(Rick Egan | The Salt Lake Tribune) A poster on a tree near the Moonflower Community Co-op in Moab where Kylen Schulte worked on Friday, September 17, 2021. Schulte was found murdered with her wife, Crystal Turner, in August in the mountains near Moab. The Grand County Sheriff’s Office on Wednesday identified a suspect in the case.

The Grand County Sheriff’s Office on Wednesday identified a suspect in the murders of Kylen Schulte and Crystal Turner, a newly married couple who were found fatally shot August 18 near their campground in the La Sal Mountains.

The suspect, Adam Pinkusiewicz, was a former employee at a McDonald’s in Moab where Turner worked, investigators said in a press release.

Pinkusiewicz was originally one of many people identified as “persons of interest” in the case, but he left Utah shortly after the double homicide and later committed suicide, authorities said.

Officials recently received information that prior to his death, Pinkusiewicz had told someone that he had killed two women in Utah. Authorities said he also “given specific details” known only to investigators.

The Grand County Sheriff’s Office is processing “critical and newly discovered” evidence in the case, including Pinkusiewicz’s vehicle. Anyone with information about the man or the case can contact investigators at (435) 259-8115.

The authorities continue to investigate.

— This is an evolving story. Check for updates again.