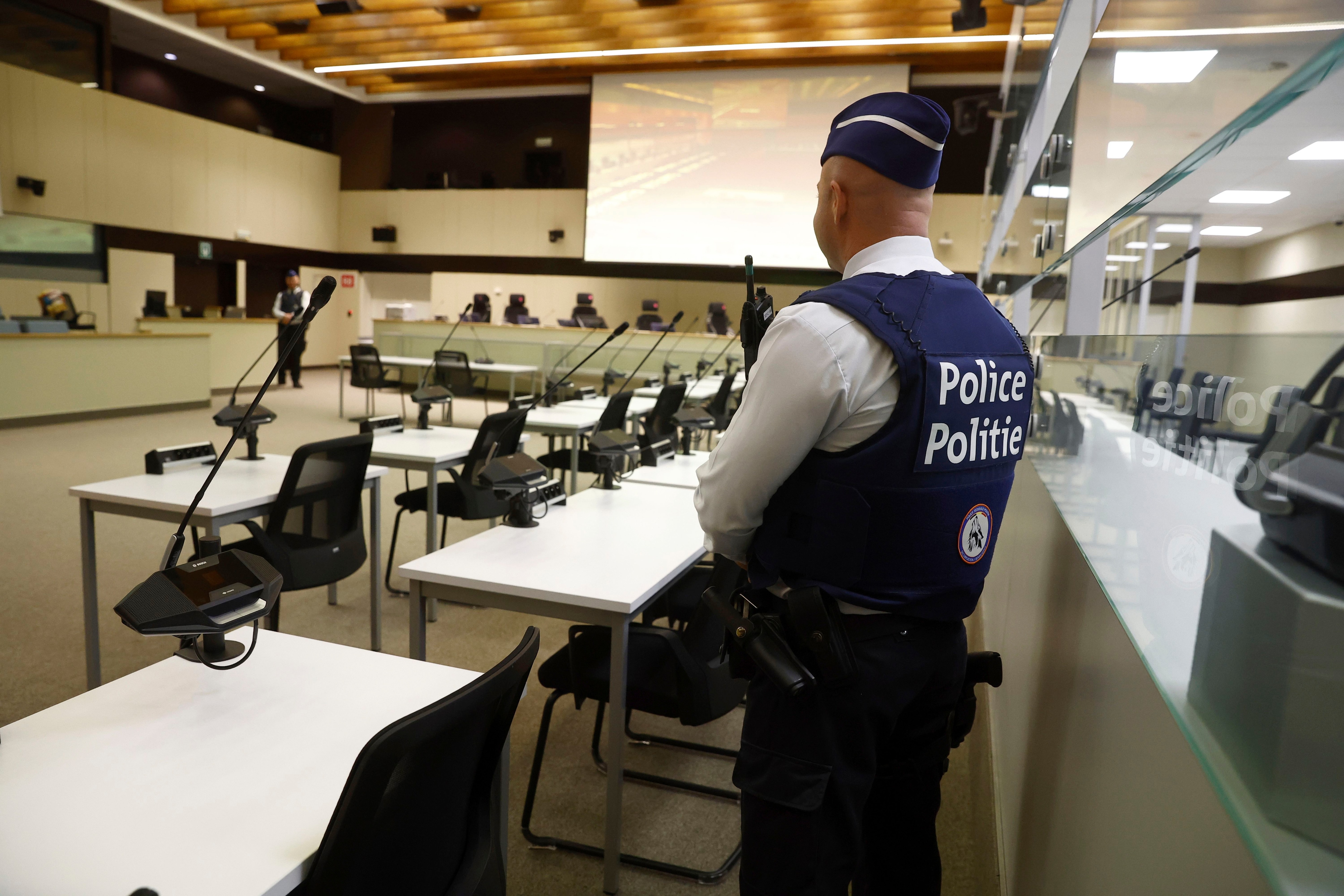 BRUSSELS – Jaana Mettala was six months pregnant and on her way to work when the bomb went off in the middle of Brussels’ EU district. She suffered severe burns, but Mettala and her baby survived – 32 other people did not.

It is now more than six years since the deadliest peacetime attacks on Belgian soil. And Mettala is longing for closure as the trial of 10 men charged in the suicide bombings at Brussels airport and a metro station begins in earnest on Monday.

“I hope that the process ends with a fair result and that we can put this behind us,” said Mettala. “Even if there are aftermath that we will keep forever.”

She will testify at the trial – which will be the largest in Belgian judicial history with hundreds of plaintiffs. It is expected to last six to nine months.

The 10 defendants face charges including murder, attempted murder and membership or involvement in the acts of a terrorist organization in connection with the morning rush hour attacks at Belgium’s main airport and central commuter route on March 22, 2016.

If convicted, some of them face up to 30 years in prison.

Among the accused is Salah Abdeslam – the sole survivor from the Islamic State extremists who attacked the Bataclan theater in Paris, city cafes and the French national stadium in 2015. Because of the atrocities in the French capital, he was sentenced to life imprisonment without parole.

He is joined in the dock by his childhood friend Mohamed Abrini, who walked away from Brussels’ Zaventem airport after his explosives failed to detonate.

Abrini was sentenced to life in prison without the possibility of parole for 22 years, including for aiding and abetting the murder of terrorists in the Paris attacks trial.

Oussama Atar, identified as a possible organizer of the deadly attacks in Paris and Brussels, will be tried in absentia. He is believed to have died in the final months of Islamic State fighting in Iraq and Syria.

Mettala hopes that confronting most of the defendants will help her put the agony behind her.

“It’s a step towards a different kind of serenity,” she said. “It’s going to be very, very difficult. But I’m not someone who tries to avoid trouble. Because you need confrontation to get stronger.”

In addition to the 32 people who died in Brussels, about 900 were injured or suffered psychological trauma.

Frederic – who asked to be identified by his first name only – was on the tube when the bomb went off. He said he was only slightly injured in his leg. But what he saw in the carriage that day when the device exploded still haunts him.

“I’ll skip the macabre details,” he said. “Those are the details that stay and are difficult to get rid of. This trial will be the opportunity for me to heal, to go through the grieving process.”

When the bomb went off at Maelbeek station at 9.11 am, Mettala was on the platform. She was seriously injured but did not lose consciousness. She suffered severe burns to her face, legs and hands and was taken to the emergency department of a Brussels hospital, where she was prepared for an urgent operation.

She woke up a few days later. Mettala was then transferred to an intensive care unit at another hospital in the nearby city of Leuven.

She and her newborn daughter were discharged from the hospital four months later.

“She is now 6 1/2 years old. “She’s healthy,” Mettala said. “She knows I was hurt when she was in my stomach. And I’ve always told her that she’s what gave me the strength.”

The trial at the former NATO headquarters was originally scheduled to start in October but was postponed to allow enough time to exchange individual glass cases in which the accused were supposed to sit. After defense attorneys argued that they could not confer with their clients and that the boxes made them look like animals in a cage, they were replaced with a large cubicle shared by the defendants.

The new facility was welcomed by lawyers from Life4Brussels, a victim support group.

“The defendants have spoken to each other (during jury selection), which is not a bad thing as it is extremely important for the victims to be in good condition to explain, approach the court and answer questions.” , said Maryse Alié, a lawyer working with the group.

Due to the delay, the process now coincides with the start of the Christmas season.

“When you have young children, there is a paradox between the ordeal of this process and the end-of-year celebrations,” Mettala said. “It’s a bit unfortunate that this is happening right now in the run up to Christmas.”