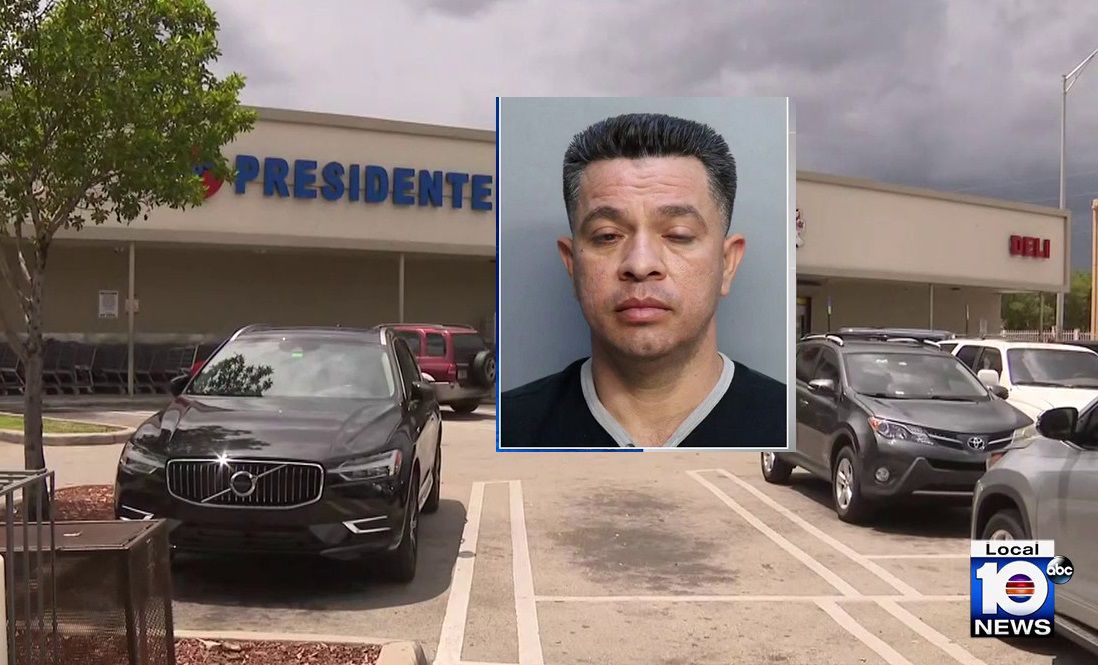 NORTH EAST MIAMI-DADE, Florida. – A supermarket worker has been arrested in northeast Miami Dade. According to police, he is accused of leaving his mobile phone near a toilet after accompanying a woman to the toilet.

The incident happened Thursday when police were called to the Presidente supermarket near Northeast 81st Street and North Miami Avenue.

A female victim told police she asked an employee, 42-year-old Ranulfo Villeda, if she could use the store’s private bathroom. He then escorted her to the back and said he had to clear boxes out of the toilet.

Investigators said Villeda placed his phone in a box with a hole in it, positioned it facing the toilet seat, had it recorded, and then exited the toilet.

The victim told police she entered the bathroom and saw a cell phone camera lens in a box through a hole “before she removed any clothing,” according to the arrest form. As she took the phone out of the box, she left the bathroom, gave the phone back to Villeda, and called the police.

When police asked Villeda where his cell phone was, police reported that he replied “I turned it off”, “I don’t have it anymore”, I threw it on the street and “I put it away”.

The Hialeah man faces a case of video voyeurism.

The supermarket manager said Villeda had worked at the store for a number of years but was no longer employed there.