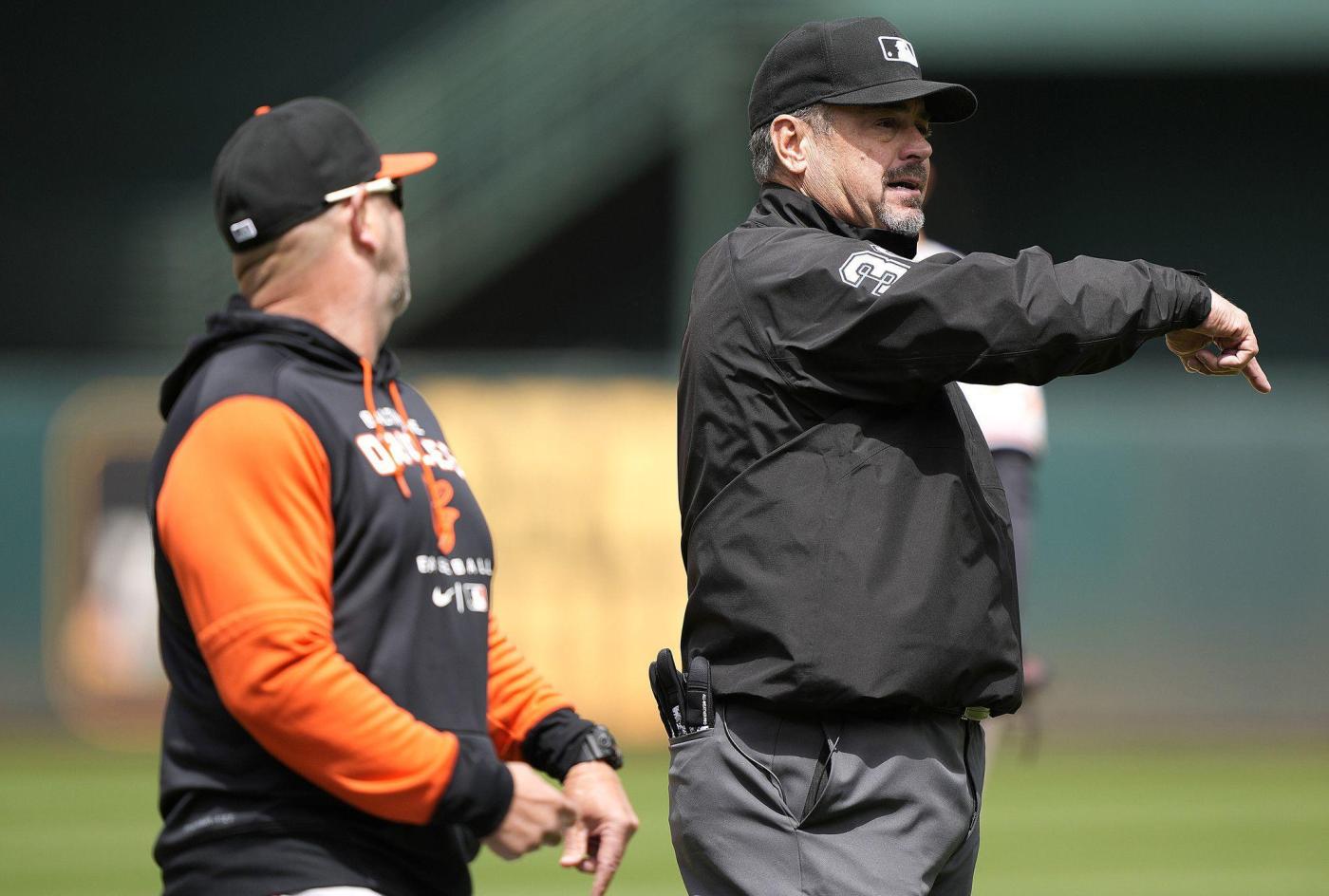 In a series in which the Orioles allowed just 13 runs across four games, the strong pitching performances were largely overpowered by a lack of offense. Baltimore managed seven runs against the Oakland Athletics, with four of those coming in a 6-4 loss Thursday to close the four-game series.

Those 10 combined runs in the series finale made it the highest-scoring game the Orioles have featured in this season — both a testament to the team’s issues plating runners and its overall ability to limit opponents from doing the same.

But for however impressive the pitching staff was for three of the four games, Baltimore (4-9) left Oakland with just one win, scoring three runs combined in the series’ first three outings. With a three-game series against the Angels in Los Angeles beginning Friday, it remains to be seen which norm will last longest, or whether the pitching will give way just as the offense heats up.

Here are four takeaways from the four-game series loss to the Athletics.

Before right-hander Tyler Wells was chased after just 2 1/3 innings Thursday, the Orioles starting pitchers had turned in three standout performances in a row. There have been questions around that rotation, a hazy future after left-hander John Means landed on the 60-day injured list with an elbow sprain that could cost him much — if not all — of the 2022 season.

But the other options in that rotation have covered for Means’ absence, at least in the short term, and the first three games of the series in Oakland illustrated as much. The pitch counts are still strictly managed, with Baltimore conscious of the shortened spring training.

In those outings, though, Spenser Watkins, Jordan Lyles and Chris Ellis combined to throw 14 1/3 innings, with one earned run between the trio. That group — with Lyles the lone experienced major leaguer — gave the Orioles a chance in each of their outings.

The hitting, which has been muted, didn’t make the most of those chances, however. Lyles picked up the only win of the four-game series, with his five scoreless innings leading the way for a team that held onto a 1-0 win Wednesday.

Watkins and Ellis, who weren’t envisioned as part of the rotation when the season began, have held their own, too. In Ellis’ first start of the year Tuesday, he threw 4 1/3 scoreless innings. And Watkins built on his first outing of the season, turning in five innings of one-run ball.

Overall, that rotation has provided cover for a hit-or-miss offense. Entering Thursday, Baltimore’s starters held a 2.68 ERA — the fifth lowest in the majors. That will rise after Wells allowed two runs within three innings, but it’s a promising feature for a squad without their ace.

Of the 10 balls the Orioles hit at 100 mph or faster Tuesday, only three of them landed for hits — a pair of singles and one double. That was a theme for Baltimore over the four-game set, with hard-hit balls not leading to results.

Apart from a double from Anthony Santander on Wednesday, the other three 100-plus mph hits were caught. And while the series finale featured seven balls off the Orioles bats clocking in at triple digits, those hits infrequently led to crooked numbers on the scoreboard.

On Thursday, Baltimore scored four runs or more for just the third time this season in 13 games. The Orioles entered that day with a .105 batting average with runners in scoring position, the lowest average in the league. They finished at 2-for-8 in the 6-4 loss, each driving in those four runs. But for just the second time this season, the Orioles conceded six runs or more, nullifying the minor burst in offensive production.

In what has become a rare sight in 2022, the Orioles bullpen allowed crooked numbers twice on Thursday.

First came left-hander Keegan Akin, who has pounded the zone this season. He gave up a booming two-run bomb from catcher Sean Murphy in the fifth. And after Baltimore got those runs back in the top of the seventh, right-hander Dillon Tate entered and allowed Oakland to restore a more comfortable lead in the bottom half of the frame.

The bullpen has been nearly flawless this season. They entered Thursday with a 2.47 ERA, the sixth lowest in baseball. Leaking runs have been few and far between thus far. In the first three games of the series, the bullpen covered 10 2/3 innings and allowed just two runs.

The Orioles finished the game Thursday without designated hitter Trey Mancini and manager Brandon Hyde after the pair was tossed in the fourth inning by first base umpire Rob Drake.

Mancini had reached with two outs in the top half of the frame on a throwing error. He turned slightly toward second but didn’t appear to make a clear movement to attempt to advance, instead walking slowly back to first base. Meanwhile, Murphy scooped up the ball and tagged Mancini, and Drake called him out — seemingly inferring that by turning his shoulder left into fair play rather than right toward foul territory, Mancini had turned into a live runner.

The disgruntlement didn’t reach its apex until the start of the bottom of the fourth, after Mancini watched the highlight on a tablet in the dugout. His choice words for Drake drew the first ejection, and Hyde soon followed when he argued on the field.

Woman Posts the Red Flags She Spots in Her Date's Apartment