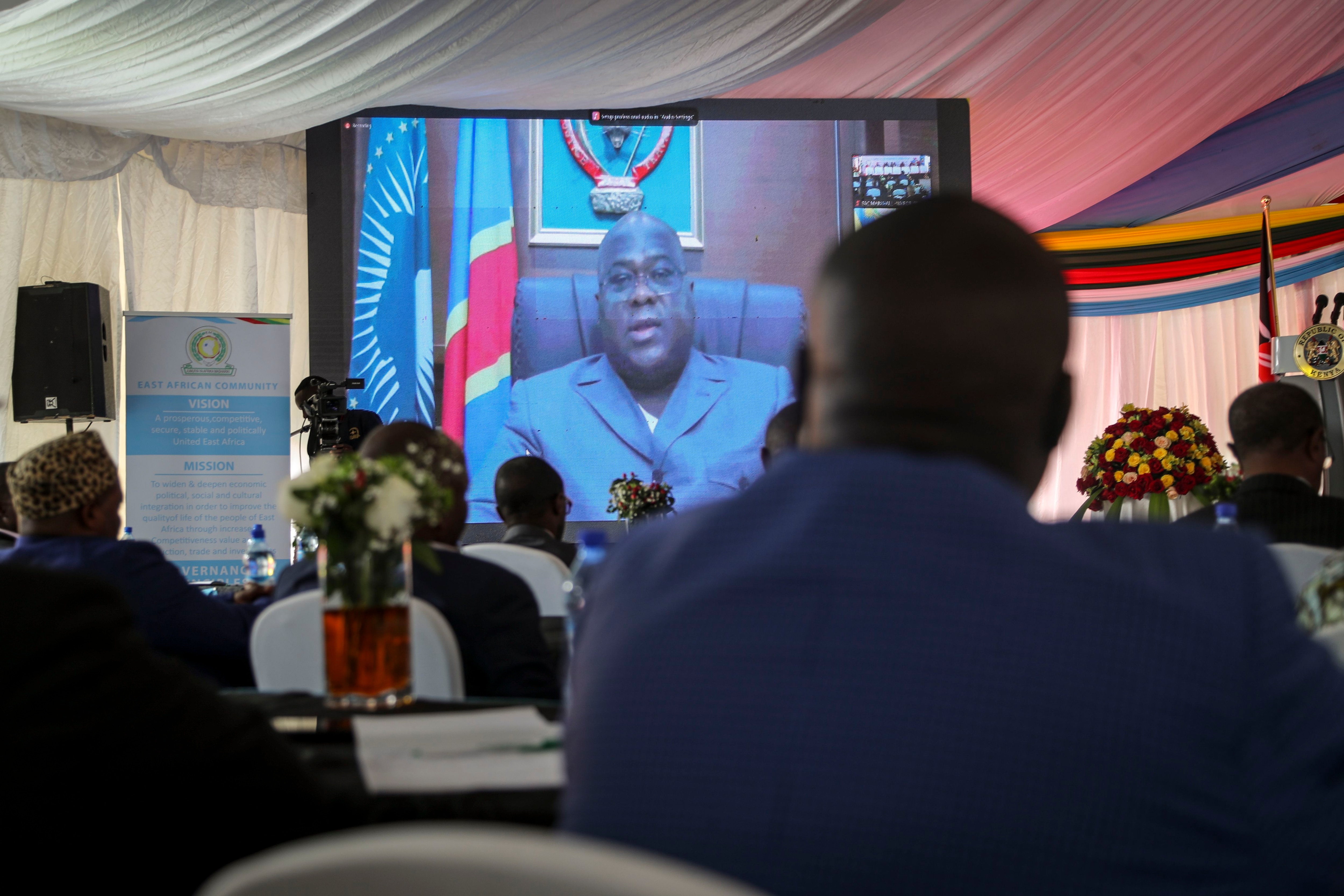 NAIROBI – The third round of Congo peace talks, backed by the East Africa regional bloc, opened Monday in Kenya’s capital Nairobi with a plan to discuss reforms that will make it easier to disarm rebel groups.

The Heads of State and Government reaffirmed their commitment to support and ensure lasting peace in Congo.

The talks’ moderator, former Kenyan President Uhuru Kenyatta, said the aim was to discuss the political process and institutional reforms that would ensure an environment conducive to the disarmament, rehabilitation and reintegration of armed groups in Congo.

Leaders attending a summit in Angola last week called for a ceasefire followed by a rebel withdrawal from major cities currently under the control of the M23 rebel group.

Although not officially involved in the talks in Angola, M23 has stated that it will accept the ceasefire. But it also says it does not trust the Congolese government to honor the deal and end hostilities.

East Africa regional bloc secretary-general Peter Mathuki said some of the groups were present at Monday’s talks but did not specify which.

The moderator plans to identify the root cause of the conflict in Congo’s five provinces and discuss restoring state leadership in the provinces to enable a lasting peace.

The full deployment of regional armed forces made up of soldiers from the member states is also being discussed.

A contingent of Kenyan troops has already been deployed to eastern Congo as part of a regional force that includes troops from Uganda, Burundi and South Sudan.

Kenyatta stressed that the region could only facilitate the peace process. In the end, it is the Congolese people who secure the peace and bear the great responsibility for maintaining the peace.

“I look forward to opportunities that will allow the region to continue to work closely together to strengthen and strengthen the bonds of purposeful friendship and strategic cooperation for the mutual benefit of all East African citizens,” he said.

The M23 rebel group rose to prominence a decade ago when its fighters captured Goma, the largest city in eastern Congo that borders Rwanda. After a peace agreement, many M23 fighters were integrated into the national military.

The group resurfaced last November and said the government had failed to deliver on its decades-old promises. By June, M23 had captured the strategic town of Bunagana near the border with Uganda.

M23 was a sticking point in deteriorating relations between Congo and Rwanda. Many of the rebel fighters are Congolese ethnic Tutsi and Rwanda’s president is of Rwandan Tutsi descent.

When M23 was founded more than a decade ago, it was fighting to protect the rights of ethnic Tutsis in Congo. However, many observers say the M23 and other armed groups operating in eastern Congo are now seeking control of the region’s vast natural resources.