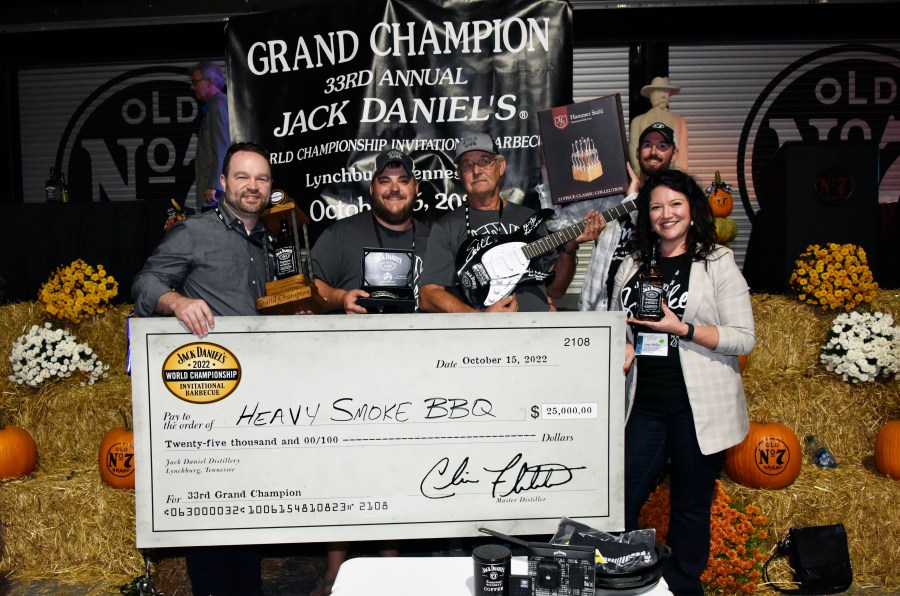 LYNCHBURG, Tennessee – A popular St. Peters barbecue spot has clinched its second world title in less than a year as the St. Louis area lays claim to having the best barbecue in the nation.


A total of 85 grill teams from around the world competed at this year’s event in seven categories: Pork Ribs, Pork Shoulder/Butt, Brisket, Chicken, Dessert, Chef’s Choice and Jack Daniel’s Sauce. To qualify for The Jack, a team must win one of the following awards: a 25-team minimum state championship, a 50-team contest, or one of the nation’s premier barbecue contests.

“This feeling is like nothing else. We’ve been chasing this title for years and it’s just huge for us to get this win today,” said Schäfer. “The Jack is so prestigious and it’s so hard to even qualify for the chance to compete here. Coming here and having this result is just amazing for us.”