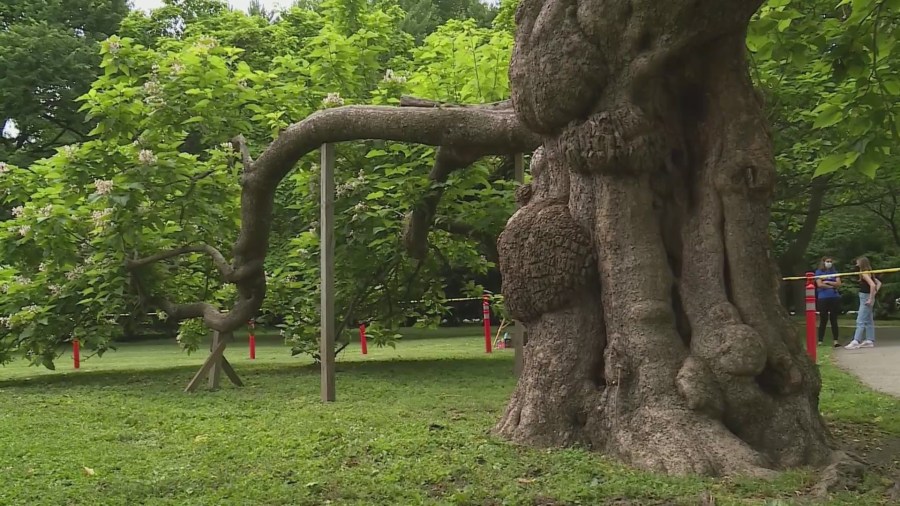 ST. LOUIS – A beloved tree in Tower Grove Park is about to fall down its entire trunk due to age and decay.

A gathering of South St. Louisans spent the day honoring the life of the ancient Catalpa tree on Thursday. According to a social media post this week, arborists for Tower Grove Park have been exploring all possible options. But the beloved “Keebler Elf Tree” must be removed.


“This tree really captured the love and imagination of the community and everyone in the park,” said Beth Casagrand, director of community programs at Tower Grove Park. “It’s a beautiful tree that’s often compared to other trees in fantasy films like Harry Potter and Lord of the Rings. A lot of people have a name for this tree, whether they call it the Keebler Elf Tree or the Troll Tree, it’s definitely one that really got the community rallying around their love for this tree.”

Officials at Tower Grove Park took to social media on Tuesday to announce that the tree was decaying and could no longer be saved. The “Keebler Elf Tree,” or “Troll Tree,” as it is also known, is a northern catalpa that has long stood southeast of the Turkish Pavilion.

“I would bring my son over here and play in the tree,” said Vincent J. Walker, pausing in the shade. “We had a security man, Jack. He worked there and he didn’t mind. I could turn him on the tree and he didn’t say anything, he let him play on the tree.”


“This tree has great memories for me because we got ice cream from the ice cream vendor,” Walker added. “Right over there where the low branch is, we used to jump up and down. It was just a great time. I will miss the tree.”

The Catalpa tree is expected to be felled sometime this summer. His memory will live on in the artwork and pictures being made here today

"Donald Trump was at the center of this conspiracy": The hearings on January 6th begin with searing indictments against the ex-president