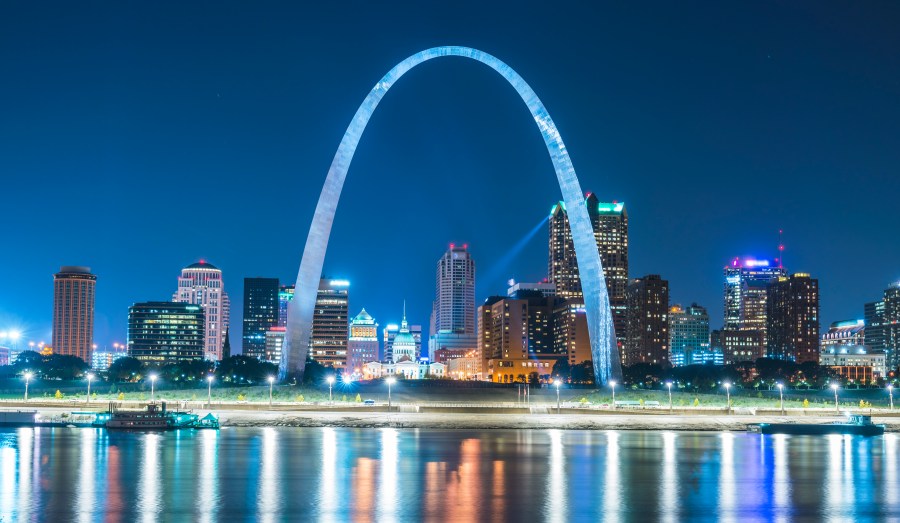 St. Louis has teamed up with dog food company Purina on the cause. Officials want to turn many of the city’s landmarks purple for October’s Domestic Violence Awareness Month.

Lights across the city, including Union Station, Centene Stadium, Enterprise Center, the St. Louis Wheel, Ballpark Village, Kiener Plaza and thousands of new downtown SMART City Lights, will all be converted to the color purple .

The Purple Leash Project grew out of Purina’s mission to bring and keep pets and people together. This is a non-profit organization. RedRover’s mission to move animals and their owners out of crisis into care.

The RedRover organization works with local partners to keep victims of domestic violence with their pets.

As a result, nearly half (48%) of domestic violence victims delay leaving because they cannot take their pet with them.

Purina is asking local pet parents in the St. Louis area to get involved in raising awareness about the issue of domestic violence.

Throughout October, people who share a photo of their pet on Facebook, tag Purina and use #PurpleLeashProject could win two tickets to an upcoming St. Louis Blues game.

Details can be found here:https://newscenter.purina.com/rules.

https://fox2now.com/news/st-louis-to-be-lit-purple-thursday-night-for-domestic-violence-awareness/ St. Louis will be lit up purple Thursday night to raise awareness of domestic violence

One dead after a massive highway accident involving over 60 vehicles