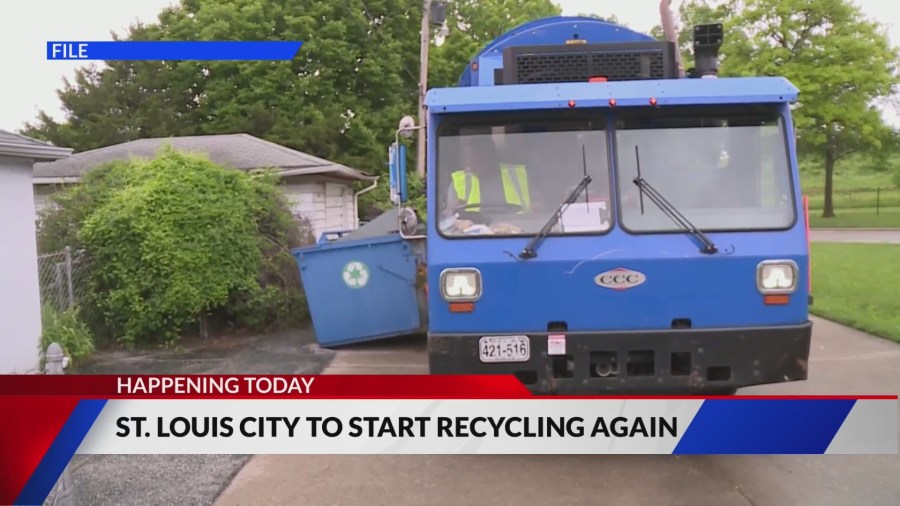 ST. LOUIS – The city of St. Louis’ plan to revitalize its image when it comes to recycling begins Tuesday. This plan includes the return of the city’s recycling program and a crackdown on illegal dumpers. The city also wants to take a strategic approach to garbage collection.

Top Story: The body of the missing Ballwin woman was found in the Meramec River


Officials predicted a return of the recycling service shortly after Thanksgiving, but that didn’t happen. Even so, the city charged a $14 monthly garbage fee. About $3 of that is earmarked for recycling.

This is because the dumpsters still overflow in places. A new map allows for the return of recycling as the city plans to track which parts of the city produce the most trash. This allows the department to be strategic about collection while freeing drivers up for separate recycling routes.

“This is the first time we’ve done anything like this,” said Angela Pearson, special projects manager for St. Louis Mayor Tishaura Jones. “We know that everyone will continue to pick up their rubbish at least once a week. It’s standard practice for any city, but we also want to make sure we’re data-driven in our approach…so we can continue to prevent those bins and those dumpsters from overflowing.”

The city has hired nine new drivers but needs about ten more. The City of St. Louis is also doubling the number of surveillance cameras for illegal landfills.