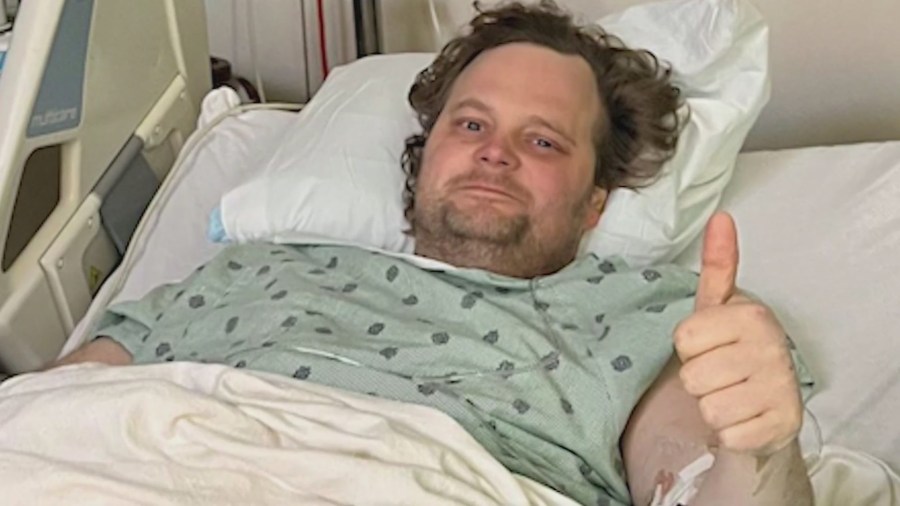 ST. LOUIS – A St. Louis man is recovering at a Chicago hospital after losing both his legs when he was hit by a car on the Magnificent Mile.

Bryce Summary and his wife Amy were in the Windy City for a labor conference. They were going to dinner when the unthinkable happened.

“I just heard my husband say, ‘Look at that,’ and I got a nudge from him,” Amy told FOX 2. “I looked to the left and I saw a white SUV coming our way. I expected that to be behind me, but every time I turned around, he wasn’t there.”


Police said the driver of that white Mercedes tried to make a traffic stop, struck another car and pulled into the corner of Michigan and Ohio. Bryce was hit and pinned underneath.

“I just stayed by his head and kept telling him, ‘You have to stay with me. Squeeze my hand and let me know you’re still here. I need you. Our boys need you. Amy remembered.

Bryce survived, but it was a grueling 12 days. He’s already had six lengthy surgeries, including two leg amputations. On Wednesday he will be operated on for the seventh time. The couple stays strong for each other and their two boys at home.

“We are both just very grateful that we are both alive and surviving the accident. We’re just trying to look ahead,” Amy said.

Trending: Tuesday’s Free Trip Goes to Margaritaville Lake Resort on the Lake of the Ozarks!


When the couple returns to St. Charles, Bryce plans to continue training her two boys in t-ball and soccer, run daily and never skip a step.

“It’s a major temporary setback, but it’s not the end of the book. It’s just a new chapter,” Amy said.

The Summary family started aGoFundMe pageto help pay for medical bills, housing, clothing and other expenses. The site has raised more than $21,000.

There is also a nonprofit organization called the Summary Family Fund that accepts donations that can be mailed to 409 N 15th Street, St. Louis, MO 63103.

https://fox2now.com/news/st-louis-man-who-lost-both-legs-after-chicago-car-crash-grateful-to-be-alive/ St. Louis man who lost legs after car crash in Chicago grateful to be alive