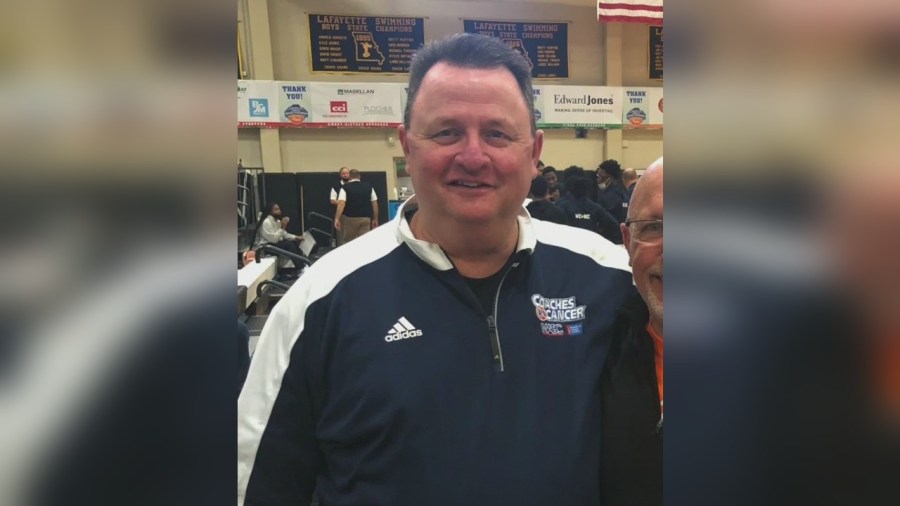 ST. CHARLES COUNTY, Mo. — A St. Charles County man who has been a longtime volunteer with the American Cancer Society (ACS) will receive a major national award this week.

Greg Ransom will accept the National Coaches vs. Cancer Champion Award for Official of the Year at the ACS Hall of Fame induction ceremony Thursday night.

He and his wife, Carol, have been involved with the organization’s Coaches vs. Cancer Holiday Basketball Tournament for years.


“When you think of Greg Ransom, you think of Coaches Vs. Cancer. He helped us start the program here in St. Louis over 15 years ago,” said ACS senior executive director Jason McClelland.

Since its inception in 2008, the Coaches vs. Cancer initiative has raised more than $1.5 million in St. Louis.

“We couldn’t do this without Greg,” McClelland said. “Not only did he bring his passion and dedication, but he also brought all the volunteers that he physically recruited into this program.”

Beyond basketball, the Ransoms’ mission is to rally support in the fight against cancer. It’s a battle they faced together when Carol was diagnosed with breast cancer in 2003.

“It took us back about 20 steps and then we realized we have to move forward. And we did. We worked together as a team. He was my cheerleader,” Carol said.

“I looked at what all the treatments did to her,” Greg added. “I told myself I’m not going to be sitting here in a year and saying what I did to help. I didn’t want to be that person. I wanted to reach out.”

Greg said he was inspired by the words of legendary Mizzou basketball coach Norm Stewart, who helped launch the program nationwide.

“The question he was asked was, ‘Coach Stewart, what would you say to people about getting involved?’ He said, ‘Do what you can, but just do it,'” Ransom said.


Greg thanks his fellow committee members and the basketball and football officials he works with for helping him earn this honor.

“I think the only thing it says about Greg is that if you give him something and he’s passionate about something, he’ll give 110 percent,” Carol said.

Greg knows it won’t be easy to finish the book on cancer, but he’s ready to fight.

“Many people are still here today because of the work of our group and some others who have contributed money to the Coaches vs. Cancer program and the American Cancer Society,” he said.