Sri Lanka’s team for the second Test against Australia has been thrown into a state of chaos as three other players tested positive for COVID-19.

All-rounder Dhananjaya de Silva, speedy Asitha Fernando and legs-spinner Jeffrey Vandersay have all been infected with the virus after officials confirmed they tested positive on Wednesday.

The outbreak in Sri Lanka began when veteran Angelo Mathews was replaced by COVID from the first test, with case numbers since rising to five.

Mathews has since been released from isolation and will play on Friday, while all other Sri Lankan players have since been tested and returned negative results. 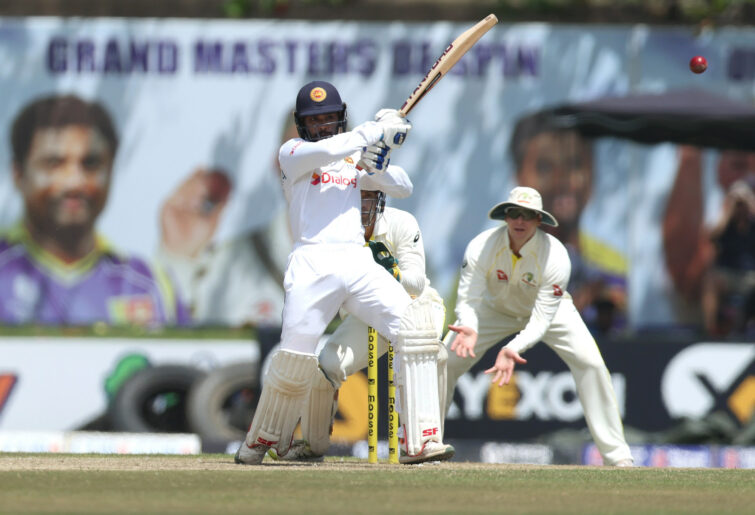 Sri Lanka’s Dhananjaya de Silva bats against Australia on day one of the first Test. (Photo by Buddhika Weerasinghe/Getty Images)

Australia are staying in the same hotel as the Sri Lanka team but are keeping their distance and have not had any positive tests on the tour at this point.

Australian players are tested outside of matches on a daily basis, while rapid tests are only carried out if players feel ill during a test match.

The last round of these rapids before the game was scheduled to take place in Galle around noon.

Sri Lanka called up spinners Maheesh Theekshana and Dunith Wellalage to their squad of five reinforcements earlier this week.

The young duo now has every chance to debut in Galle, with the pair being billed as the future of Sri Lankan spin.

Left-arm wrist spinner Lakshan Sandakan also remains another option for the hosts after being drafted, with head spinner Lasith Embuldeniya dropped after the first Test.

The final outs are a heavy blow to the hosts, who were flogged by 10 wickets in two and a half days in the first Test.