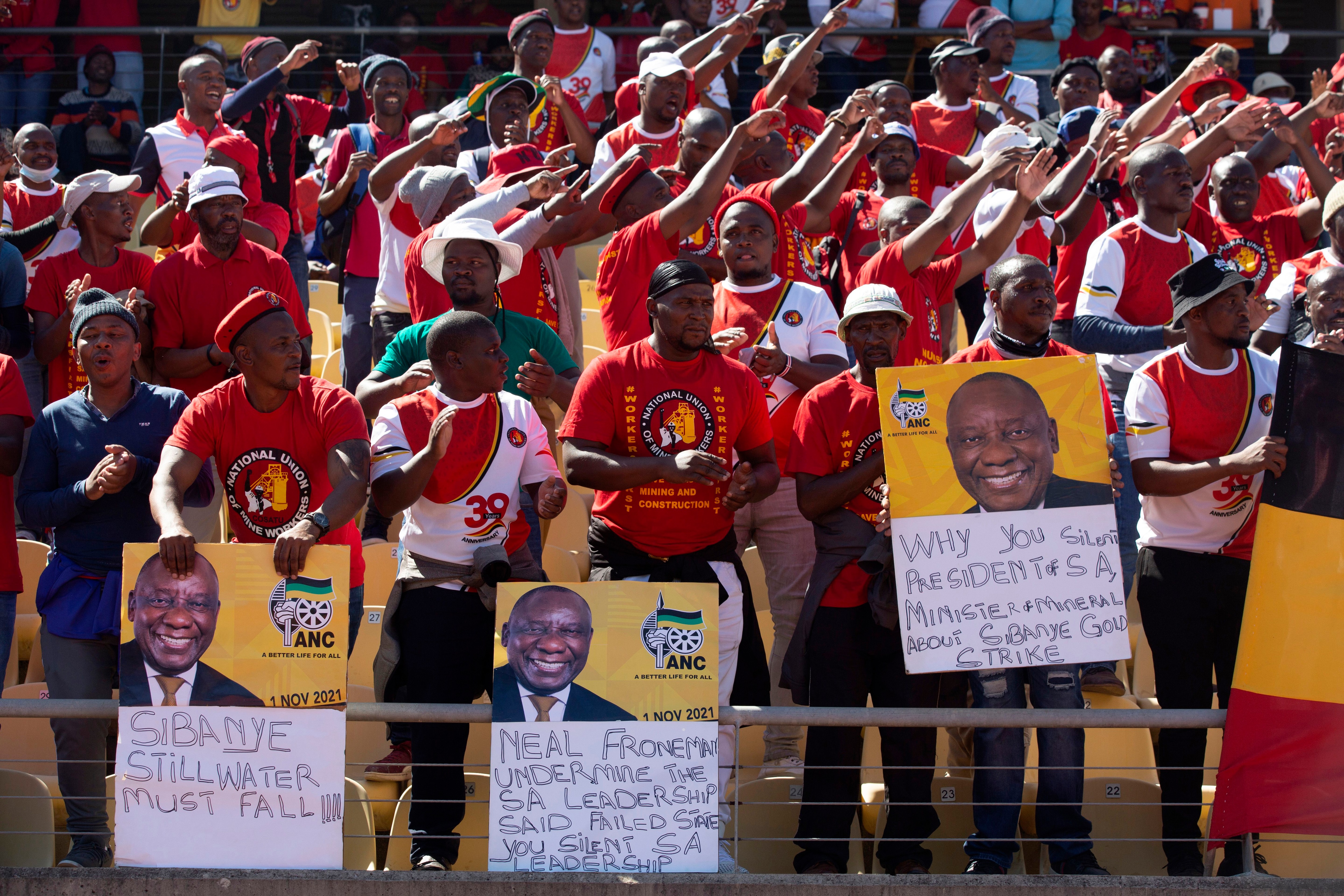 JOHANNESBURG – Shouted down by angry mineworkers, defied within his party over his anti-corruption drive, derided as ineffective by the opposition — South African President Cyril Ramaphosa faces daunting political challenges.

Ramaphosa, 69, has responded with a calm demeanor and a serious, dogged determination that may see him prevail, say some analysts.

Characteristic of Ramaphosa’s measured leadership style is his diplomatic response to the strikers who forced him to abandon a speech to mark the Workers Day public holiday on May 1. Ramaphosa has said their anger is justified.

“While the main grievance appeared to be about wage negotiations at nearby mines, the workers’ actions demonstrated a broader level of discontent,” Ramaphosa wrote in his weekly letter to the nation. “It reflects a weakening of trust in their union and federation as well as political leadership, including public institutions.”

He said the workers “wanted their union leaders and government to appreciate their concerns and understand the challenges they face.”

Political economist Miyelani Mkhabela said he was not surprised that Ramaphosa received a hostile reception from workers as many of their conditions had worsened since the outbreak of the COVID-19 pandemic two years ago.

“The plight of the workers has become worse, especially the mine workers because mining houses have been reporting good profits, but it has not filtered down to the workers,” said Mkhabela.

The heckling and booing of Ramaphosa has highlighted the challenges confronting his goal to be re-elected president of the ruling party, the African National Congress, at its national conference, scheduled for December.

Ramaphosa is expected to face stiff competition from a powerful fact within the ANC aligned to former President Jacob Zuma.

The recent release of a report by a judicial commission investigating corruption during Zuma’s tenure from 2009 to 2018 has also put pressure on Ramaphosa. The damning findings of the report, after years of interviews and investigations, name Zuma and other top ANC officials as directing widespread corruption worth billions of dollars that seriously damaged South Africa’s economy.

Ramaphosa has pledged to root out corruption and many of his supporters want to see criminal charges pressed against Zuma and others. However, the issue is very divisive as Zuma has vocal and influential supporters.

South Africa’s high rate of unemployment, which has now reached record levels of more than 35% in the last quarter of 2021, has made things more difficult for Ramaphosa. South Africa’s stagnant economy is struggling to recover from the effects of the COVID-19 pandemic.

An estimated 2 million jobs were lost in South Africa as a result of the pandemic as the country implemented one of the world’s toughest lockdown restrictions, including a ban on the sales of alcohol and cigarettes.

But Ramaphosa should not be counted out just yet in his quest to continue as the ANC’s leader, Mkhabela said.

What are the implications of Europe cutting off Russian oil?

It's Fed Day. When markets falter, here's the question that will get things moving.