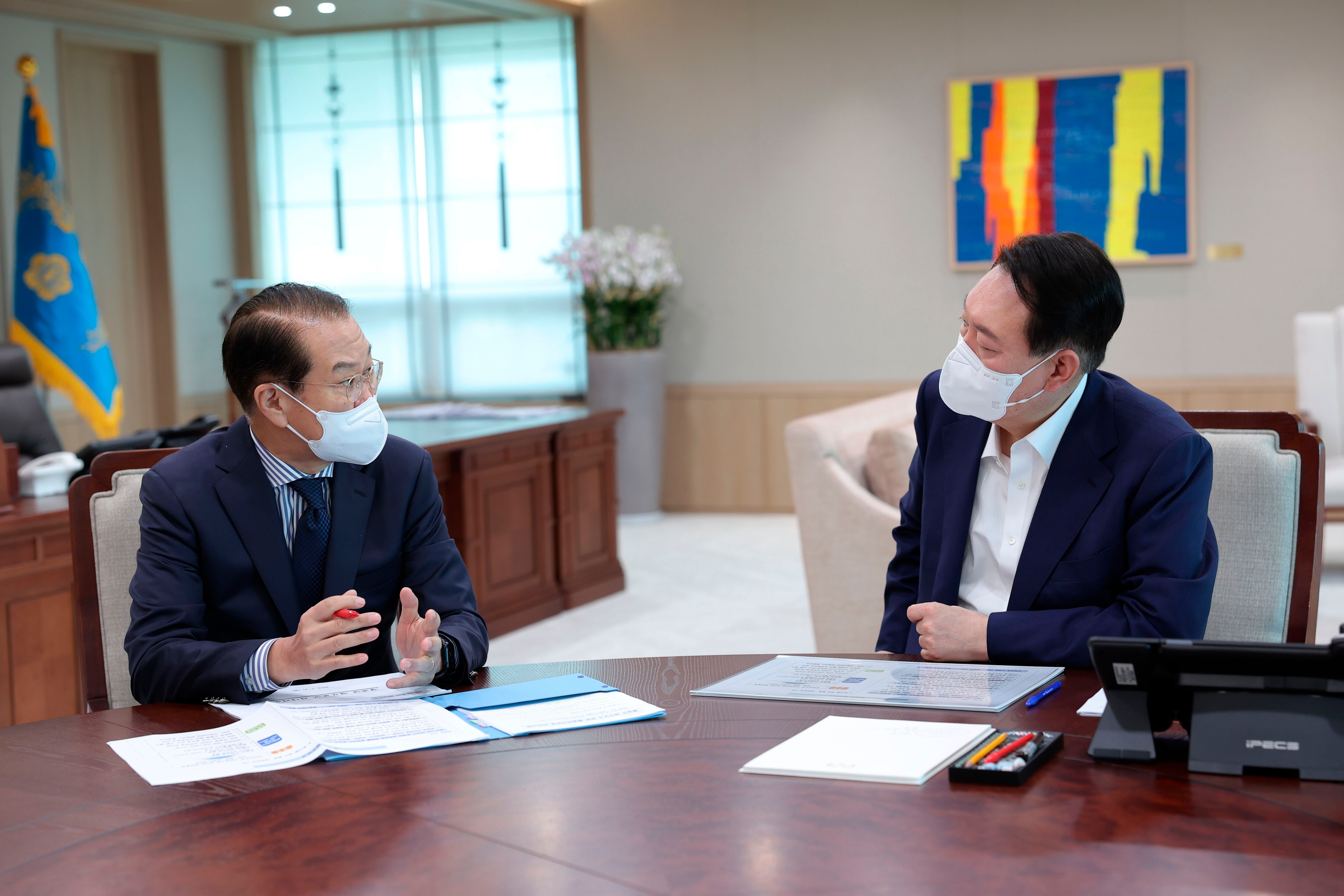 SEOUL – South Korea plans to lift its decades-long ban on public access to North Korean television, newspapers and other media as part of its efforts to promote mutual understanding between the rivals, officials said on Friday, despite animosity over the North’s recent missile tests.

Separated along the world’s most fortified border since 1948, the two Koreas prohibit their citizens from visiting each other’s territories, exchanging phone calls, emails and letters, and they block access to each other’s websites and television stations.

In a policy report to incoming President Yoon Suk Yeol on Friday, South Korea’s unification ministry said it would gradually open the door to North Korean broadcasts, media and publications to try to promote mutual understanding, restore Korean national identity and each other to prepare for a future union.

Ministry officials said South Korea will begin allowing access to North Korean broadcasts to try to encourage North Korea to take similar steps. The ministry declined to give further details, saying the plans are still being discussed with relevant authorities in South Korea.

Jeon Young-sun, a research professor at Konkuk University in Seoul, said North Korea is unlikely to retaliate as the flow of South Korean cultural and media content would pose “a really big threat” to its authoritarian leadership.

Relations between the two Koreas remain strained over North Korea’s hot missile tests this year. Yoon, a conservative, said he would take a tougher stance on North Korean provocations, although he said he has “a bold plan” to improve the North’s economy if it gives up its nuclear weapons.

It was not clear how anti-North Korea activists in the South would react to the government’s move. Jeon said there was little chance the move would foster pro-North Korean sentiments.

South Korea, the tenth largest economy in the world, is a global cultural powerhouse. According to South Korean estimates, its nominal gross domestic product in 2019 was 54 times that of North Korea.

Some observers say the ban must be lifted in a phased process, with discussions about which North Korean content would be allowed first and how access should be made available to the South Korean public.

Although it’s officially illegal to view or read North Korean media in South Korea, authorities rarely crack down on pundits, journalists and others who use VPNs or proxy servers to access North Korean websites. A large number of North Korean films, songs, and other content are also available on YouTube, which is accessible in South Korea.