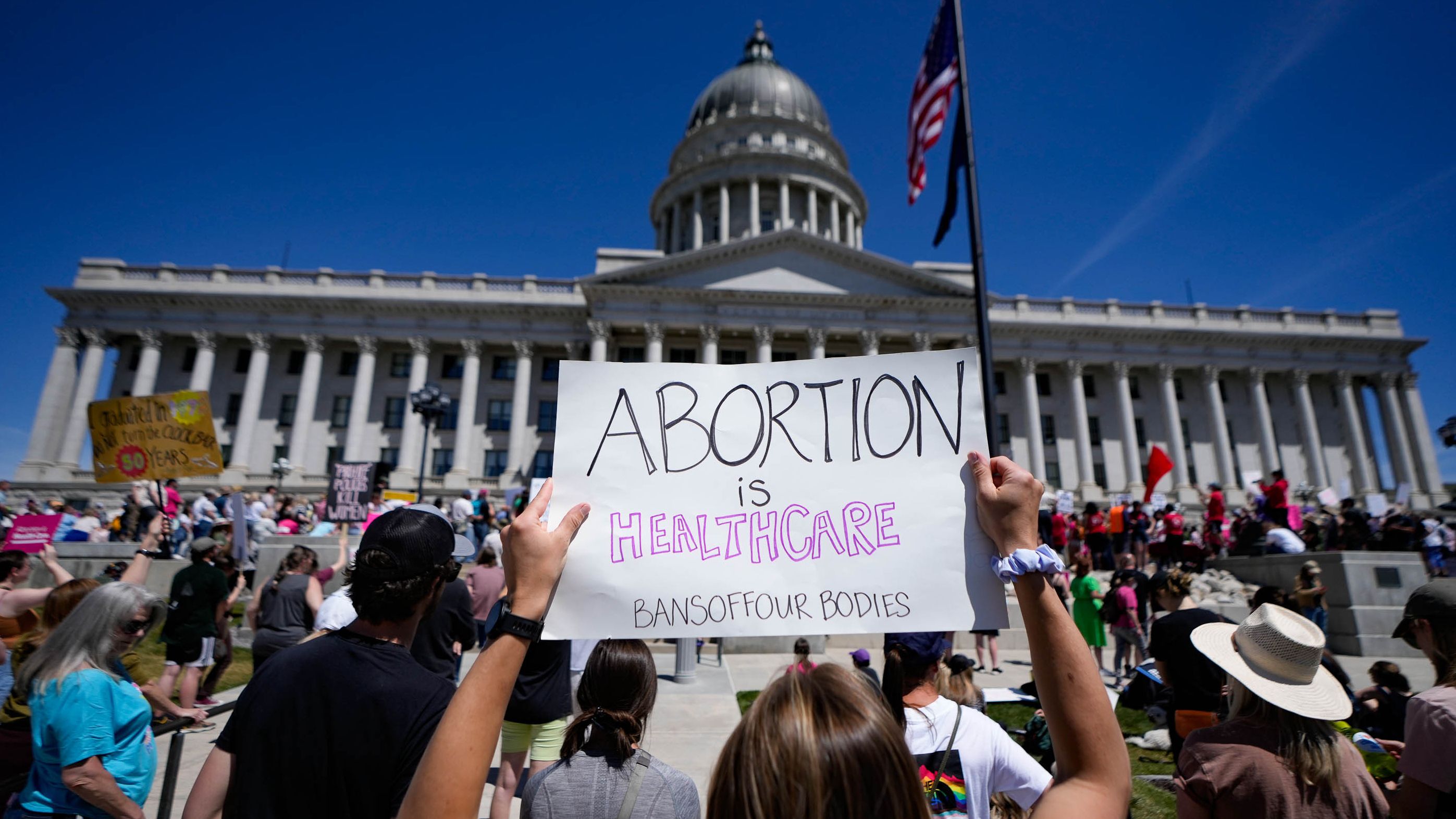 For the past three weeks, the New York Times’ biggest and boldest headlines have not revolved around Ukraine for the first time since late February.

They were about America. The threat of Roe v. We were shocked by Wade and the very real possibility that abortion will no longer be legal in much of this country.

But for those of us who are people of faith, the problem goes deeper and is even more painful.

For this conflict compels us to ask the question: What role should religion play in national public policy talks, particularly on issues as sensitive and intimate as abortion?

First, let’s remember that there is no such thing as “religion.” There are “religions,” and none of them are the mainstream religion or “church” in America.

Not only that there was no public church in America. It couldn’t be. The principles of the Enlightenment relegated religion in America to the private sphere of the individual.

Still, America is a deeply religious country. “Separation of church and state” is one thing. But America has never agreed to the separation of religion and society. There’s the thing called the American “civil religion.” Religious symbols, meanings and celebrations crowd the public square and compete for space. America, as GK Chesterton said, is a nation with the soul of a church.

And then what? What voice should religion have in shaping American society?

Consider how many social movements in this country have relied on religion as a moral engine. Two of many examples: anti-slavery and civil rights (as in: Rev. Martin Luther King Jr.) both used biblical terms and ideas.

Consider my own movement – Reform Judaism – our department for social action is the Religious Action Center, with the emphasis on ‘religious’. When my colleagues have marched for civil rights and women’s rights, they have done so wearing Torah scrolls and prayer shawls.

My quarrel with religious conservatives is not that they rely too heavily on biblical ideas.

It is because they rely too little.

For example: The Bible is absolutely clear that you must leave the corners of your field for the poor and care for widows, orphans and strangers in society.

These teachings are all found in Leviticus 19. Such astute Bible readers would surely have stumbled across these verses in the chapter that occurs between Leviticus 18 and Leviticus 20, where sexual relations are forbidden.

So is there a limit to the relationship between religious teaching and society?

Yes – and it is a necessary firewall.

We live in an open market of ideas. Religious ideas are part of public discourse.

Like other ideas in the public square, we can hear these ideas. These ideas could influence how we think about the big issues.

But these ideas cannot determine politics. Public policy must be open to rational discourse, with demonstrable data, and not relying solely on beliefs, no matter how sacred their sources.

This is where conservative Christian views on abortion come into play. These views are part of a larger conversation about when the fetus is endowed with a soul (at the moment of conception? later?) and other religious ideas and texts specific to Christian tradition.

Recently, in the New York Times, an anti-abortion advocate who nevertheless had to perform a difficult abortion wrote this statement about his faith:

“My mother taught me that abortion is wrong because it’s a desecration – it destroyed something precious. Sex and childbirth were good, holy, and sacred, reflecting God’s goodness toward married couples…

I see my work as a doctor as part of a fight against the brokenness of my patients’ physical health, a fight that turned the tide when Jesus Christ rose from the dead… I teach and work with local health professionals to ensure holistic care can follow in the footsteps of Jesus the Healer for those in need.”

I am moved by this witness.

But this witness is not mine.

Rather, my own belief lies in this direction – from a Reform Responsum (Jewish legal opinion) on abortion:

“The decision (to discontinue) must be made on a case-by-case basis in the context of the specific circumstances. It cannot be determined in advance by legal or religious authorities who do not know the woman in question and who are unable to determine exactly what counts as her physical or mental well-being.

“For this reason, we should oppose laws that would ban or restrict access to abortion. In almost all cases, it denies a woman the opportunity to make a choice that our halachic (Jewish legal) tradition would recognize as morally justifiable. This would be an unacceptable violation not only of their personal dignity, but also of the freedom of religion that liberal and democratic societies guarantee their citizens.”

America does not allow you to translate the theological ideas of your own religion into public policy. I respect those whose religious beliefs would prevent them from having and assisting with abortions.

But you cannot enshrine these obligations in law, especially in matters about which there is significant moral and scientific disagreement, and especially in such intimate spheres of life.

My own ideas about religion and politics are hardly limited to the Bible. These ideas include the statements of rabbinic sages, medieval thinkers, and modern authorities.

There is wisdom in this quote from the Talmud, in a section on the conduct of courts: “One makes no decree upon the community unless the majority of the community can resist it” (Talmud, Horayot 3b).

If Roe v. Wade is overthrown, the majority of the American community could not stand up to it. The majority of women would find themselves in states that — let’s be bluntly honest — severely curtailed medical care for women, because that’s what this is all about.

In addition, access to such medical care would be even more divided – not only according to state, but also according to socio-economic aspects.

What contribution should religion make to the abortion controversy?

Above all, maybe humility. We’re talking about real women with real bodies whose God-given dignity requires them to have authority over those bodies.

Such humility requires that religious groups not foist their theologically partisan agendas on the American public. There is chaos along the way, and even worse – holy wars between religious groups. On this path lies a return to the Middle Ages.

It’s time for all religious people to shout: Time out.

When is the second cost of living payment made? dates revealed