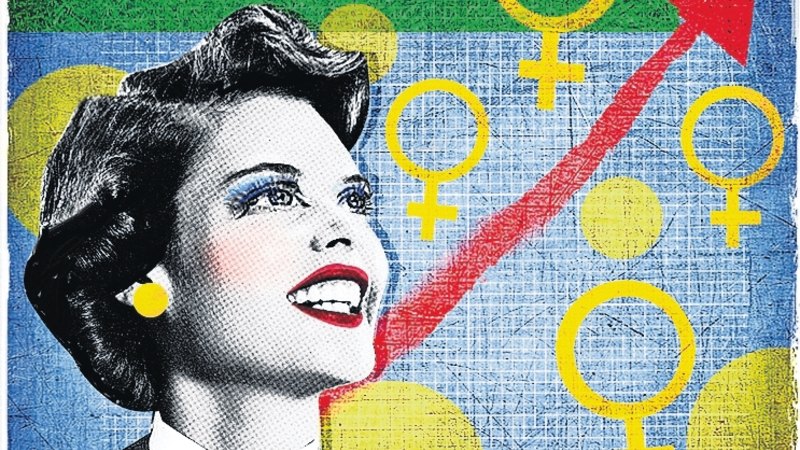 Jacqueline Maley raises a series of questions from research on men’s ‘decline’ (“‘Male Decline’ Is Real and It’s a Woman’s Problem Too,” December 19). Since the starting point is that men have dominated all aspects of public life for centuries, it seems as if we are seeing some of society’s structural and biological possessions being shaken. Women work their way through the myriad structural, cultural, legal, and historical barriers that have kept them from most public office. I recognize that many of these barriers also excluded some males, almost all Indigenous Australians, most people from diverse cultural backgrounds and almost all people who are presumed to have a disability or who are not straight, wealthy, white or associated man are. We’ve looked at the world through the lens of men for so long that shaking it loose seems to be a problem. Perhaps what we’re seeing is a “new normal.” Diversity in all its forms including some men, many more women, indigenous voices, many more people from all the rich cultural, linguistic and gender diversity that makes up our society.
Anne Skates, Bomaderry

20 psychology sessions must be maintained

Ten psych sessions is not enough after the years we’ve had—20 must be maintained (“Backbench Anxiety Rises Over Psych Rebate Cuts,” December 19). Alarmingly, the federal government’s decision to reduce the number of sessions is ignoring the fact that this mental health crisis is far from over. The key issue, as the Better Access review highlighted, is the cost of mental health care. The review states: “Many felt the gap payment was too large”. Medicare discounts are too low. Increasing the rebate to $150 for all psychologists across the board would make mental health care more accessible and affordable. Anyone who sees a psychologist with complex, severe, or chronic mental illness will find that 10 sessions are simply insufficient. For those in need of continued psychological care, their lifeline has been severed. Cutting off services when mental health problems remain at an all-time high is a misguided and heartless decision. We must address the systemic issues that prevent access for those most in need of mental health care. Not only is the government denying better access, it’s also denying the impact of a mental health crisis that isn’t going away anytime soon.
Tegan Carrison, executive director of the Australian Association of Psychologists

Two points stand out in Parnell Palme McGuinness’s take on Harry and Meghan: Of course they felt they were entitled to it (“Your Majesties’ Self-Interest,” December 19). Eligibility is the hallmark of British royalty. Fame and fortune by heredity, not achievement. And to suggest that history shows that revolutions are always started by second-tier elites is ridiculous. Che Guevara, Mao Zedong, Ho Chi Minh, Robespierre, and countless other revolutionaries have been named many things, but second-tier elites are a first. Best that McGuinness stick to what she does best: belittling and dismissing progressive thinkers, rather than attempting to categorize the indescribable qualities of a revolutionary.
Trevor Somerville, Illawong

Forgive me, I can’t be too excited about Australia’s hosting of the Global Summit on Environment and Biodiversity (COP16) in 2024. In my opinion it will be just another green-washing talkfest by politicians (“Australia Hosts Nature Summits to Stimulate Investment”, 18 December). Australia has the world’s highest rate of extinction and one of the highest rates of deforestation or land clearance in the world. Will our Environment Minister Tanya Plibersek highlight these shameful facts in her keynote address in 2024? What is the government of which she is part doing about it?
Geoff Black, Cave Beach

I wouldn’t be so deterred by delayed trains if frequencies were drastically improved (“A Year of Trains Delayed: Is Your Line the Least Reliable in Sydney?”, 26 December). And if we had more trains that ran more frequently, they could focus on getting us from A to B as quickly as possible and not live in fear of leaving a station too early.
Matthew Doherty, Newtown

Some friends and I were booked last Thursday to travel from Singleton to Central on the XPT to attend a jazz concert. Shortly after arrival, one of us received a text message saying there was a 70-minute delay; no explanation. Of course we adjourned at a nearby pub and returned 45 minutes later. And then we were told that the delay had increased to 90 minutes. The train finally arrived 150 minutes late. You can imagine the chaos for those who need to make connections.
That was annoying enough in itself, but there was no staff at the station to keep us informed of what was happening and no toilets were available.
On the train we found that the delay had also meant that most of the food in the dining car was gone. As tough travelers, we carried on anyway. You will be pleased to know that the jazz concert was fantastic.
David Stibbard, Singleton

https://www.smh.com.au/national/nsw/power-shift-in-favour-of-women-the-new-normal-20221219-p5c7fw.html?ref=rss&utm_medium=rss&utm_source=rss_national Shifting power in favor of women is the new normal