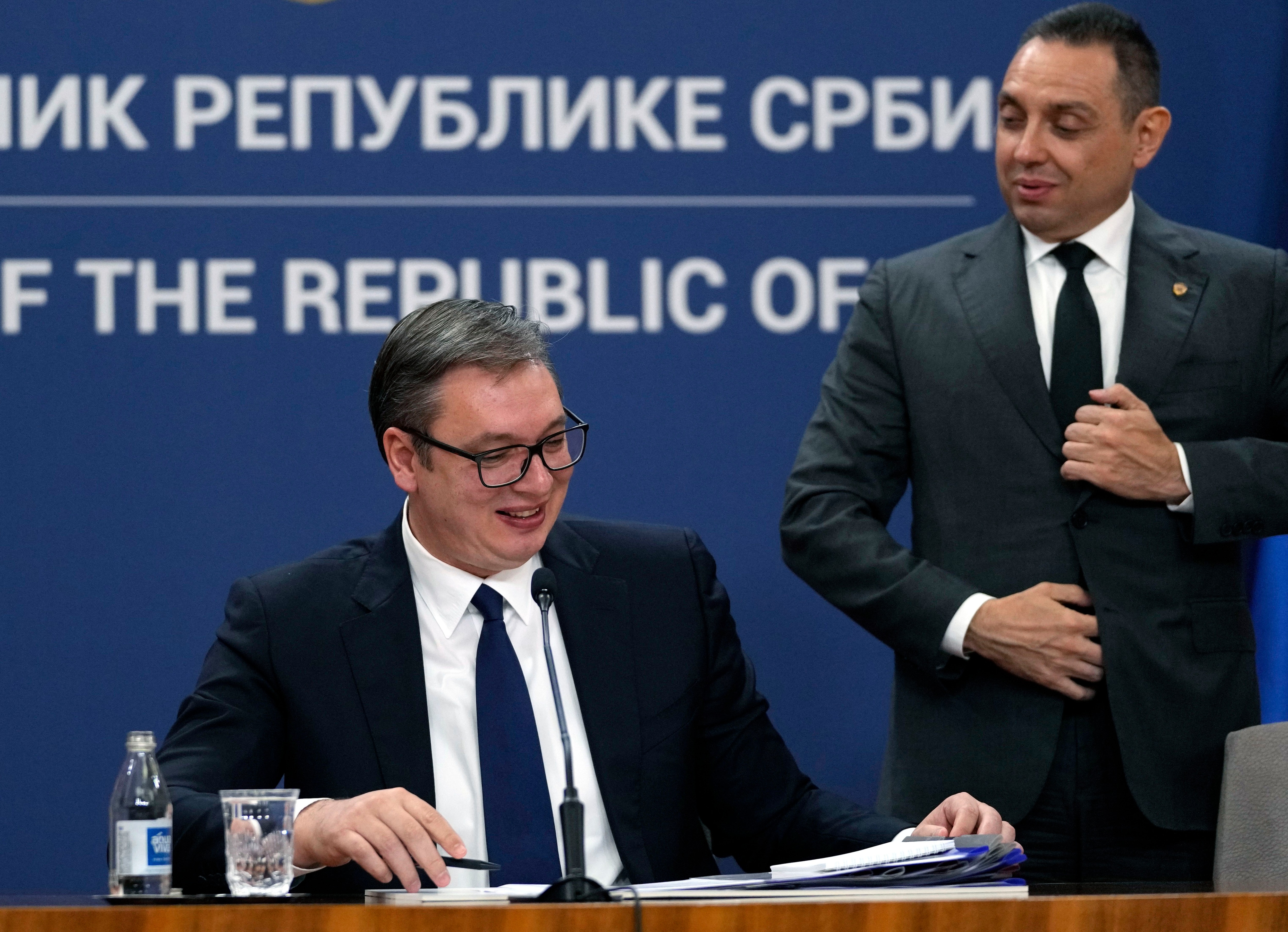 BELGRADE – While the war in Ukraine rages onSerbia’s President announced during a phone call with Russian President Vladimir Putin on Sunday that he has struck an “extremely cheap” gas deal with Russia.

Serbian President Aleksandar Vucic has refused to explicitly condemn Russia’s invasion of Ukraine, and his country has not joined Western sanctions against Moscow. Vucic claims he wants Serbia to join the European Union but has spent the last few years cementing ties with Russia, a long-time ally.

The gas deal is expected to be signed during a visit by Russian Foreign Minister Sergei Lavrov to Belgrade in early June — a rare visit by a senior Russian official to a European country since Russia’s invasion of Ukraine began on February 24.

Vucic said he told Putin he wished to “make peace as soon as possible”.

Serbia is almost entirely dependent on Russian gas and its main energy companies are majority-owned by Russia.

“What I can tell you is that we agreed on the most important elements that are very favorable for Serbia,” Vucic, a former pro-Russian ultranationalist, told reporters. “We have agreed to sign a three-year contract, which is the first element of the contract that suits the Serbian side very well.”

It is not clear how Serbia would receive Russian gas if the EU decides to shut down Russian supplies flowing through its member countries. Russia already has Shutdown of gas exports to EU member Finland,Poland and Bulgaria.

The EU as a whole has hastily reduced its reliance on Russian energy since the invasion and will discuss further options and hear from Ukrainian President Volodymyr Zelenskyy at a summit of leaders starting on Monday.

Despite reports of atrocities in Ukraine due to the invasion, Vucic and other Serbian leaders have complained about Western pressure to join sanctions against Russia. Serbian officials say the Balkan country must withstand such pressure, even if it means abandoning the goal of EU accession.

Under Vucic’s 10-year autocratic rule and relentless pro-Kremlin propaganda, Serbia has gradually slid toward alignment with Russia. According to polls, a majority in the country would rather join some kind of union with Moscow than the EU.

“The agreement that President Vucic reached with President Putin is a testament to how much respect Serbia’s decision not to take part in anti-Russian hysteria is,” Interior Minister Aleksandar Vulin said.

“The free leader, free people, makes decisions that are good for Serbia and does not take orders from the West,” said Vulin, known for his pro-Russian stance.