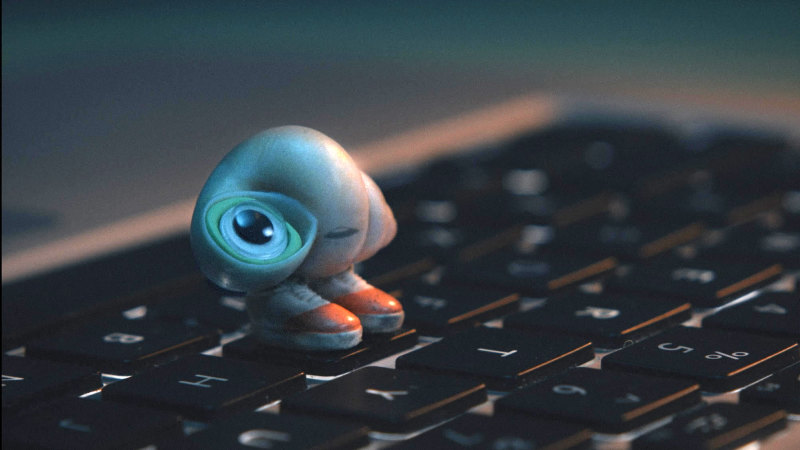 When Marcel was first conceived, Slate and Fleischer Camp were a couple. They’ve since married and then divorced — which is nobody’s business, except that it’s hard to resist the impression that the film is serving as an odd, indirect autopsy of their relationship.

The Fleischer Camp character, we learn, rented Marcel’s house through Airbnb after he declined to discuss a breakup. The previous tenants were another couple who have since split – while Marcel, who has no visible family aside from his ailing grandma (voiced by Isabella Rossellini), struggles with his own loneliness and sense of loss.

There’s no getting around it: Marcel would be well suited to run for Prime Minister of Twee, a small nation-state near the border between adorable and disgusting. Fleischer Camp is aware of how easily the whole project can go wrong, but in such circumstances, self-confidence doesn’t necessarily help.

Still, the element of sadness that mixes with all the moodiness feels real enough. And as a distraction for patient and soft-hearted children and for adults willing to put off their cynicism for 90 minutes, Marcel has a certain playful charm even at face value.

What is Orthodox Christmas and how is it celebrated?

Menindee on alert as flood waters continue to rise

Lizzo and Myke Wright had a “rough start” to their relationship

Coldplay shared “Human Heart” and “Fix You” on SNL