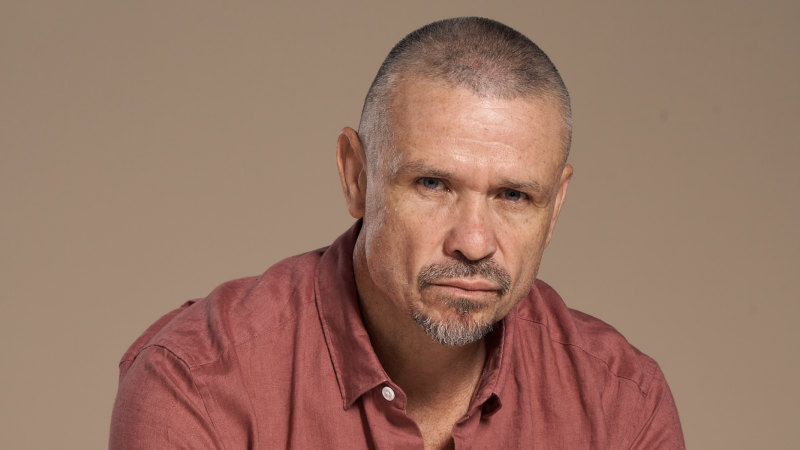 He says his aim was to tease out “what lies beneath” and the tone he achieved with the help of cinematographer Shelley Farthing-Dawe is of quiet intensity. As a crippling despair grips father and son, in part as a result of their broken relationship, the events involving them spiral out of control.

“In my experience, violent men aren’t always violent,” he says. “There is regret and introspection. Masculinity is a fluid thing: there is tremendous vulnerability and fear. Even with Johnny, this man has an overt violence and masculinity, but underneath it all there’s a terrible sadness that he disguises with this kind of behavior. That fascinates me because I grew up a very physical boy and youth and man, so I was with a lot of these people. I was very attuned to how this behavior is displayed and where it comes from: It’s not just showing off that manifests itself in vile violent behavior. There’s a lot more happening.”

Part of the subdued vibe that Nable has achieved comes from the film’s beachfront setting, though it’s not one that suggests calm and relaxation. “We chose Maroubra, a southern beach not far from Bondi but a different world,” he says. “And we shot in the winter, so there was a real desolation and grayness that kind of reflected where Logan was. I liked the texture of the flowing water, the waves of the sea, the correlation to the situation these men and Billy are in; the feeling of someone swimming against the tide unaided is aimless.”

But as the waves break and the atmosphere becomes dangerously volatile, Worthington’s finely calibrated performance is striking in its stillness. “I used to tell Sam many times, ‘Dude, you’re the best when you’re quiet,'” Nable notes. “He is such an impressive presence. Whatever is going on inside, whatever his emotional reservoir is, he has the ability to live in the moment and remain still.

“He played the role with such a gentle manner and understanding. He’s a father to three little boys and this film gave him a chance to play into those things. I think it’s as good as anything he’s ever done.”

In his own acting, Nable estimates that he turns down 60 to 70 percent of the work he’s offered because the job doesn’t fit his family life or because the role repeats something he’s already done. He sees writing as his calling and acting as a career that almost coincidentally developed in parallel.

“When I’m not acting, I’m writing,” he says. “And I won’t have a day off because it’s not a chore. It’s something I like to do. If I write five pages on the screen every day, I can still drive the kids to and from school, I can go to the gym if I want, I can cook dinner.”

Nable will be featured soon Last king of the cross, the Bump spin off, The yearand the Tasmanian crime comedy Bay of Fires. The year will also bring a film role in the US and projects at Foxtel and Stan. He’s not exaggerating when he says: “I don’t have that much free time.”

Transfusion is on Stan

Drake could be asked to testify in a Stake.com court case

New 7.5 km WestConnex tunnels will be opened under Inner West