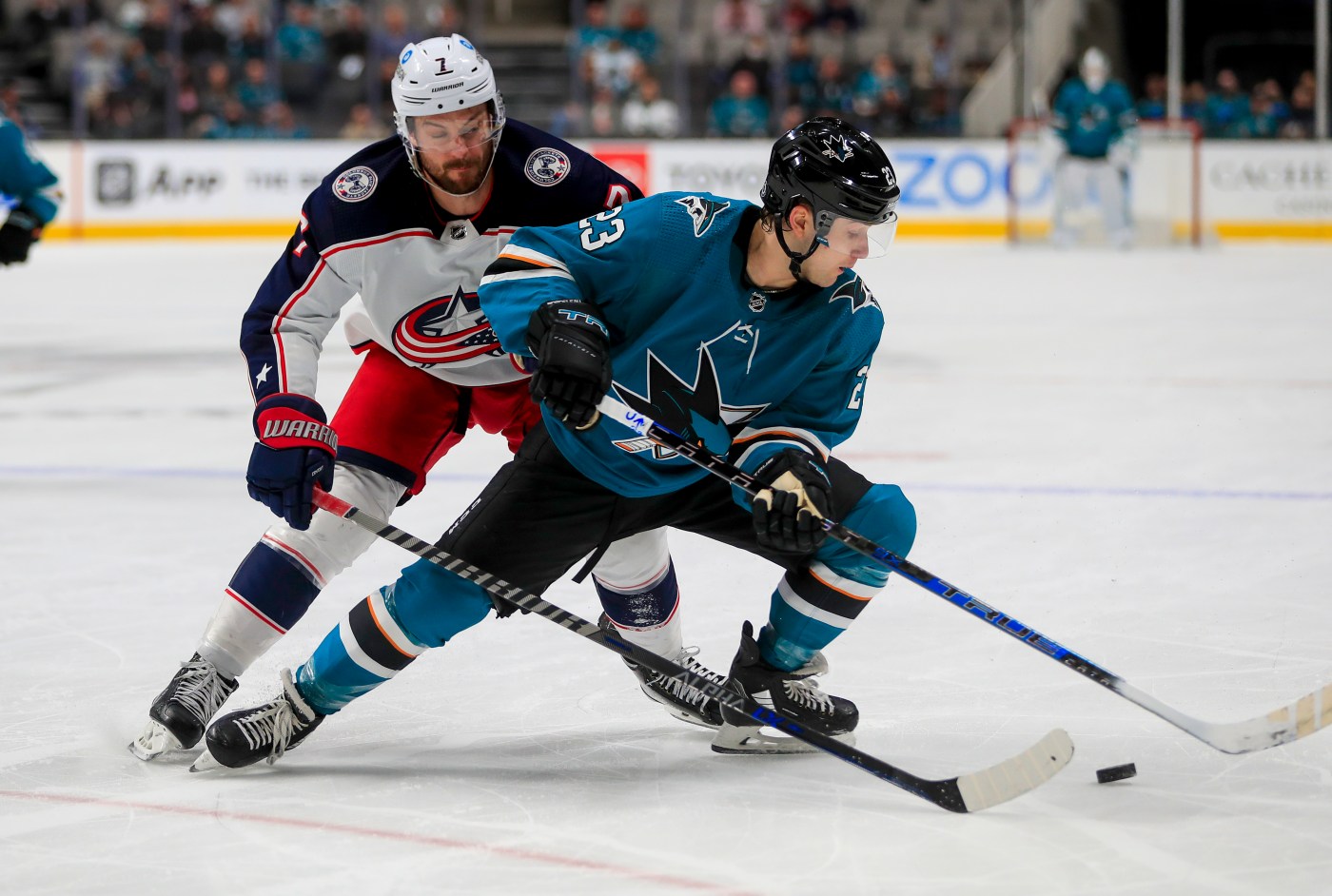 SAN JOSE — The Sharks ended their longest losing streak in over 16 years on Tuesday. But it was the Columbus Blue Jackets that made it interesting.

The Sharks conceded two goals to Jack Roslovic in the third half, including one after 13:33, cutting San Jose’s comfortable three-goal lead to one. But the Sharks did enough in the last six-plus minutes to hold on to a 3-2 win over the Blue Jackets at the SAP Center.

In the win, Scott Reedy scored twice and Thomas Bordeleau assisted again on a goal by Rudolf’s Balcers.

Kaapo Kahkonen made 22 saves for his first win in eight games with the Sharks, who won their first game since beating the Anaheim Ducks 4-1 on March 26. Since then, San Jose had lost 0-6-4, the team’s longest losing streak since November 2005.

Tuesday’s game began for the Sharks with three home games, which will continue with games against St. Louis on Thursday and Chicago on Saturday.

Despite the lack of success of late, the Sharks felt they had played well enough to win more than before, having lost six games by one goal in the past three weeks.

The Sharks went 0-2-3 on their recently completed road trip that ended in a 5-4 overtime loss to the Minnesota Wild.

Reedy’s first goal came on a Sharks power play after 4:39 of the first period when he lunged for a rebound from Blue Jackets goalie Elvis Merzlikins following a Noah Gregor net shot.

Reedy scored his second goal again at the 18:14 mark of the first, collecting a rebound and smashing it past Merzlikins for his fourth goal of the season and first two-point game of his career.

In between, Balcers scored his third goal in four games, his second coming from a pass from Bordeleau.

Bordeleau won a puck fight in the Columbus zone, then collected the puck below the goal line to Merzlikins left before turning and finding Balcers, who shot it over Merzlikins’ glove for his 11th goal of the season.

Roslovic scored a power play goal for the Blue Jackets at the 1:32 mark of the third period after the Sharks overman for the second time in the game late in the second period.

However, Kahkonen had five saves in the last 20 minutes to take his record as a Shark to 1-4-1. Kahkonen came into Tuesday with a .914 save rate in seven games with San Jose since being acquired by the Minnesota Wild team on March 21.

Had the Sharks suffered their 11th straight loss on Tuesday, it would have been their longest losing streak since they called Daly City’s Cow Palace home. During the 1992-93 season, the Sharks had some epic losses, with the last before the end of the season being a 13-game slide from March 9 to April 4, 1993.

"It would all be about Alaska"