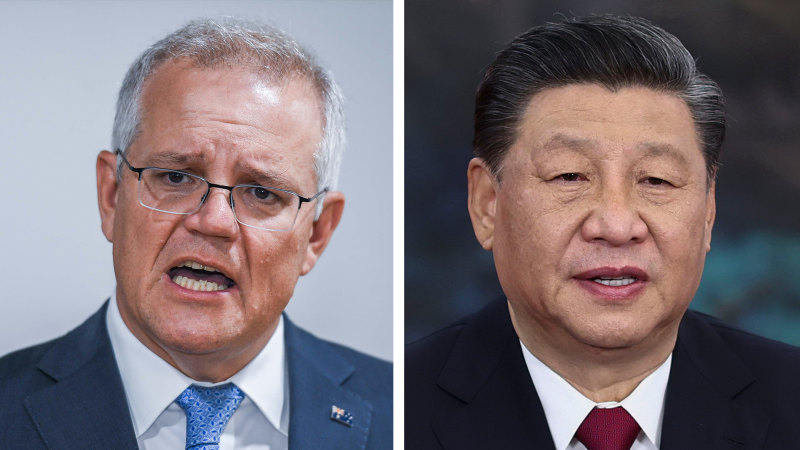 “Other countries have taken a more neutral position – I understand why [but] Australia doesn’t have that – we agree with Ukraine.

“But the Chinese government took a very different position, even to the point of circumventing trade embargoes imposed on other countries to buy Russian wheat.

“Australia sells wheat to the world – if you buy Russian wheat instead of Australian when Russia is actually invading another country and committing war crimes, to me those things don’t add up and I don’t think about it sincere, freedom-loving people.”

According to the GrainGrowers State of the Australian Grains Industry Report 2021, wheat accounts for around half of Australia’s total grain production.

Russia is the world’s largest exporter of wheat, accounting for 18 percent of exports in the five years to 2020. This compares to Australia’s eight percent of the world share.

Ukraine accounted for 10 percent of the world’s grain supply before the war, and negotiations are now underway between the UN, Russia, Ukraine and Turkey aimed at letting Ukrainian exports flow amid concerns about rising wheat prices and hunger.

The war-torn country has also accused Russia of stealing its grain.

Morrison said Russia’s illegal invasion has ramifications outside of Europe — a veiled reference to fears Beijing may be inspired to move on Taiwan if Putin succeeds or breaks Western resolve.

Stressing that Australia has no problem dealing with communist regimes, Morrison said it has dealt with Vietnam well and that it differs from China in that it is behaving in an increasingly autocratic and assertive manner.

He said while all countries should diversify their trade, Australia would remain dependent on Chinese exports.

“Australia has been a great beneficiary of our trading relationship with China… I suspect it will remain our largest trading partner for a long time to come.”

In his prepared remarks to the forum, Morrison blamed his election loss on the difficulties surrounding the administration of federalism and a coherent response to the COVID-19 pandemic.