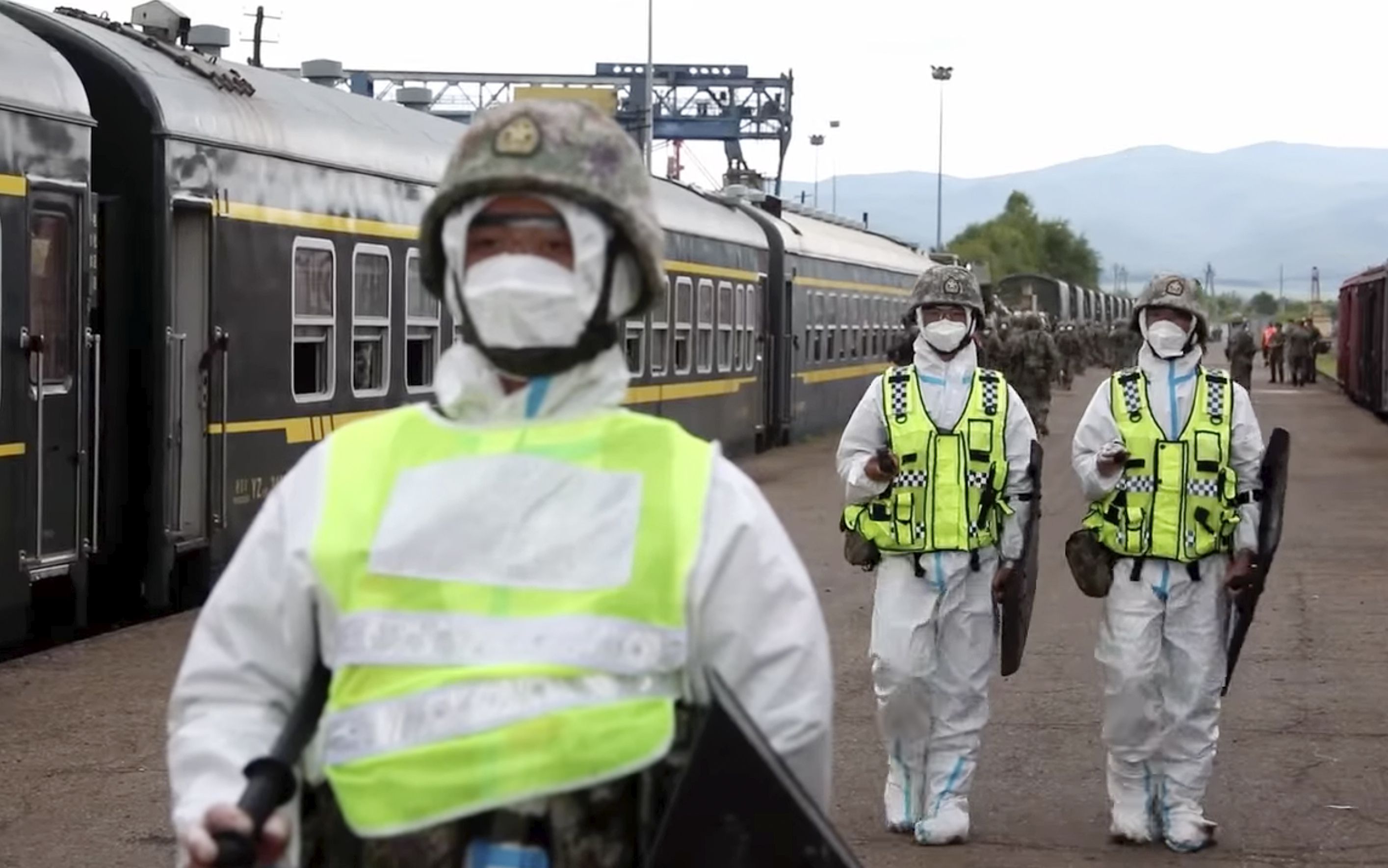 The maneuvers are also intended to demonstrate that Moscow has enough military power for massive exercises, even if its troops are militarily active in Ukraine.

The Russian Defense Ministry said that exercise Vostok 2022 (East 2022) will be held at seven firing ranges in Russia’s Far East and the Sea of ​​Japan by September 7 and will involve more than 50,000 troops and over 5,000 weapon units, including 140 aircraft and 60 warships .

The Ministry of Defense noted that the Russian and Chinese navies in the Sea of ​​Japan as part of the maneuvers “will conduct joint actions to protect maritime communications, areas of sea economy and support ground forces in coastal areas.”

The exercises show the increasing defense ties between Moscow and Beijing, which have grown stronger since Russian President Vladimir Putin deployed his troops to Ukraine on February 24. China has explicitly refused to criticize Russia’s actions, accusing the US and NATO of provoking Moscow and has blasted punitive sanctions against Moscow.

Russia, in turn, has been heavily supportive of China amid tensions with the US following a recent visit to Taiwan by US House Speaker Nancy Pelosi. Putin has drawn parallels between US support for Ukraine and Pelosi’s trip, describing both as part of alleged Washington efforts to stoke global instability.

Alexander Gabuev, a political analyst who closely follows Russia-China relations, noted that “it is very important for Beijing to show the US that it has leverage to pressure America and its global interests.”

“The joint maneuvers with Moscow, including naval exercises, are intended to signal that if the pressure on Beijing continues, Beijing has no choice but to strengthen the military partnership with Russia,” Gabuyev said. “It will directly impact the interests of the US and its allies, including Japan.”

He noted that the Kremlin, for its part, wants to show that, despite the campaign in Ukraine, the country’s military is powerful enough to flex its muscles elsewhere.

“The Russian leadership shows that everything is going according to plan and the country and its military have the resources to conduct the maneuvers together with the special military operation,” Gabuyev said.

The exercise continues a series of joint war games between Russia and China in recent years, including naval exercises and long-range bomber patrols over the Sea of ​​Japan and the East China Sea. Last year, Russian troops were sent to Chinese territory for joint maneuvers for the first time.

China’s participation in the exercises “aims to deepen pragmatic and friendly cooperation among the militaries of participating countries, improve the level of strategic cooperation among all participating parties, and enhance the ability to jointly respond to various security threats,” he said Chinese Defense Ministry spokesman Col Tan Kefei said last week.

Although Moscow and Beijing have dismissed the possibility of a military alliance in the past, Putin said such a prospect is not out of the question. He has also noted that Russia has shared highly sensitive military technologies with China that have helped significantly strengthen its defense capabilities.

https://www.local10.com/news/world/2022/09/01/russia-launches-war-games-with-china-others/ Russia launches war games with China and others