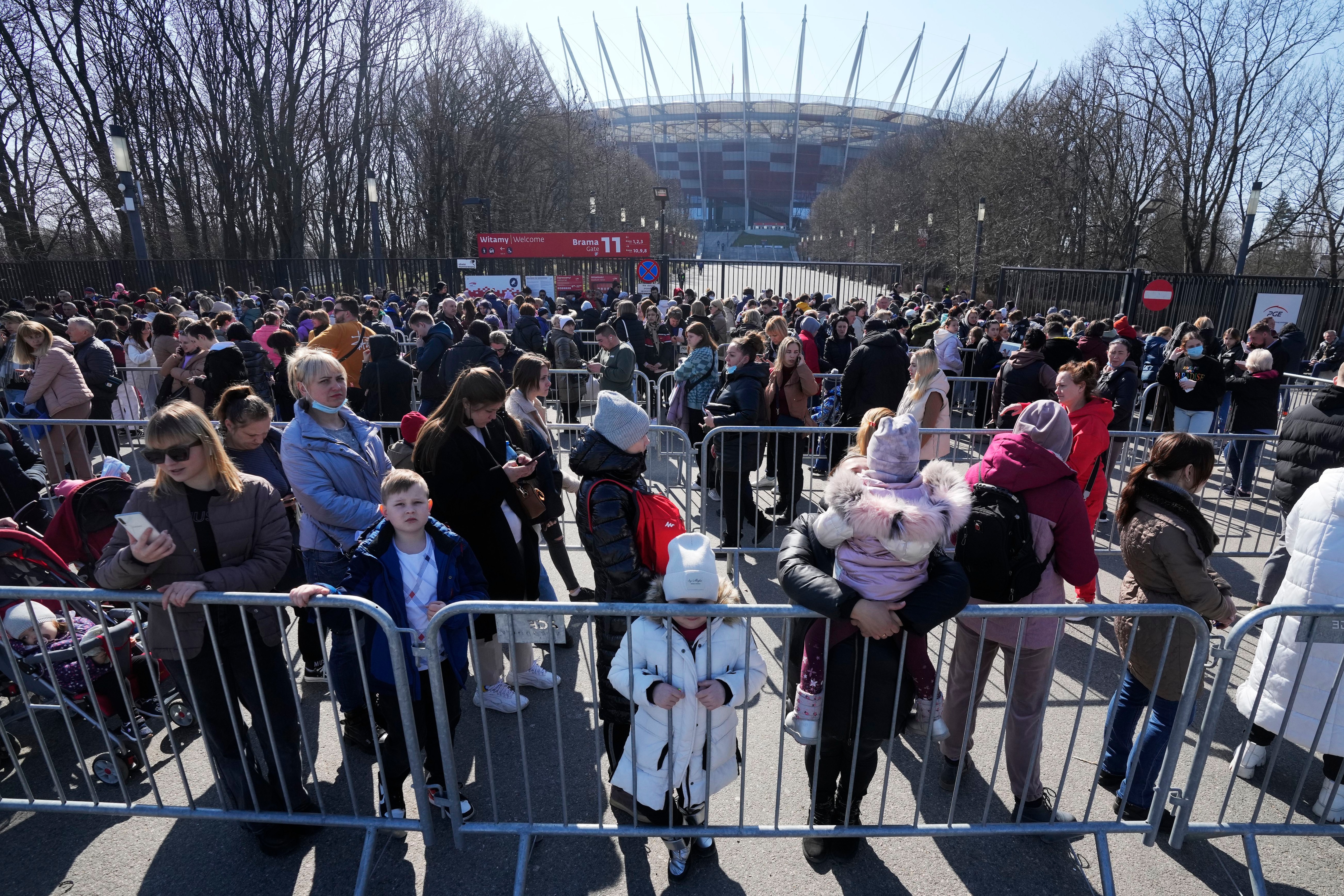 TOKYO – Japan on Tuesday denounced Russia for its decision to halt peace treaty talks on the disputed Kuril Islands and withdraw from joint economic projects in retaliation for Tokyo’s sanctions over Russia’s invasion of Ukraine.

The two countries never signed a peace treaty that officially ended World War II hostilities because of their dispute over the Russian-held islands north of Hokkaido that Moscow captured at the end of the war.

Japan has imposed a series of sanctions on Russia in recent weeks, including freezing some individual assets, banning exports of luxury goods and high-tech equipment to the country, and removing Russia’s trade status as most-favoured-nation nation.

– Russia demands that Mariupol lay down its arms, but Ukraine says no

— “No More City”: Mariupol survivors take the train to safety

Go to for more coverage

KIEV, Ukraine – The Ukrainian army said it drove Russian troops out of Makariv, a strategic suburb of Kyiv, after a fierce battle. This prevents Russian troops from encircling the capital from the northwest, the Defense Ministry said.

KIEV, Ukraine — Ukrainian President Volodymyr Zelenskyy said late Monday he was ready to discuss a pledge by Ukraine not to seek NATO membership in exchange for a ceasefire, the withdrawal of Russian troops and a guarantee of Ukraine’s security.

“It’s a compromise for everyone: for the West, which doesn’t know what to do with us in relation to NATO, for Ukraine, which wants security guarantees, and for Russia, which doesn’t want any further NATO expansion,” Zelenskyy said late Monday in an interview with Ukrainian TV channels.

He also reiterated his call for direct talks with Russian President Vladimir Putin. If he doesn’t meet with Putin, it’s impossible to understand whether Russia even wants to end the war, Zelenskyy said.

Zelenskyy said Kyiv will be ready to discuss the status of Crimea and the eastern Donbass region held by Russian-backed separatists following a ceasefire and steps to provide security guarantees.

LVIV, Ukraine – Russian forces shelled a humanitarian corridor on Monday, wounding four children who were among evacuated civilians, Ukrainian President Volodymyr Zelenskyy said in his late night video address to the nation. He said the shelling took place in the Zaporizhia region, the original destination of the Mariupol refugees.

The Ukrainian government said about 3,000 people were evacuated from Mariupol on Monday.

Zelenskyi said he had spoken with Dutch Prime Minister Mark Rutte and French President Emmanual Macron to coordinate their positions before Western leaders meet on Thursday.

“Our position is being expressed and is being strongly expressed, believe me,” Zelenskyi said.

Nurses are telling WA residents to avoid a hospital next week