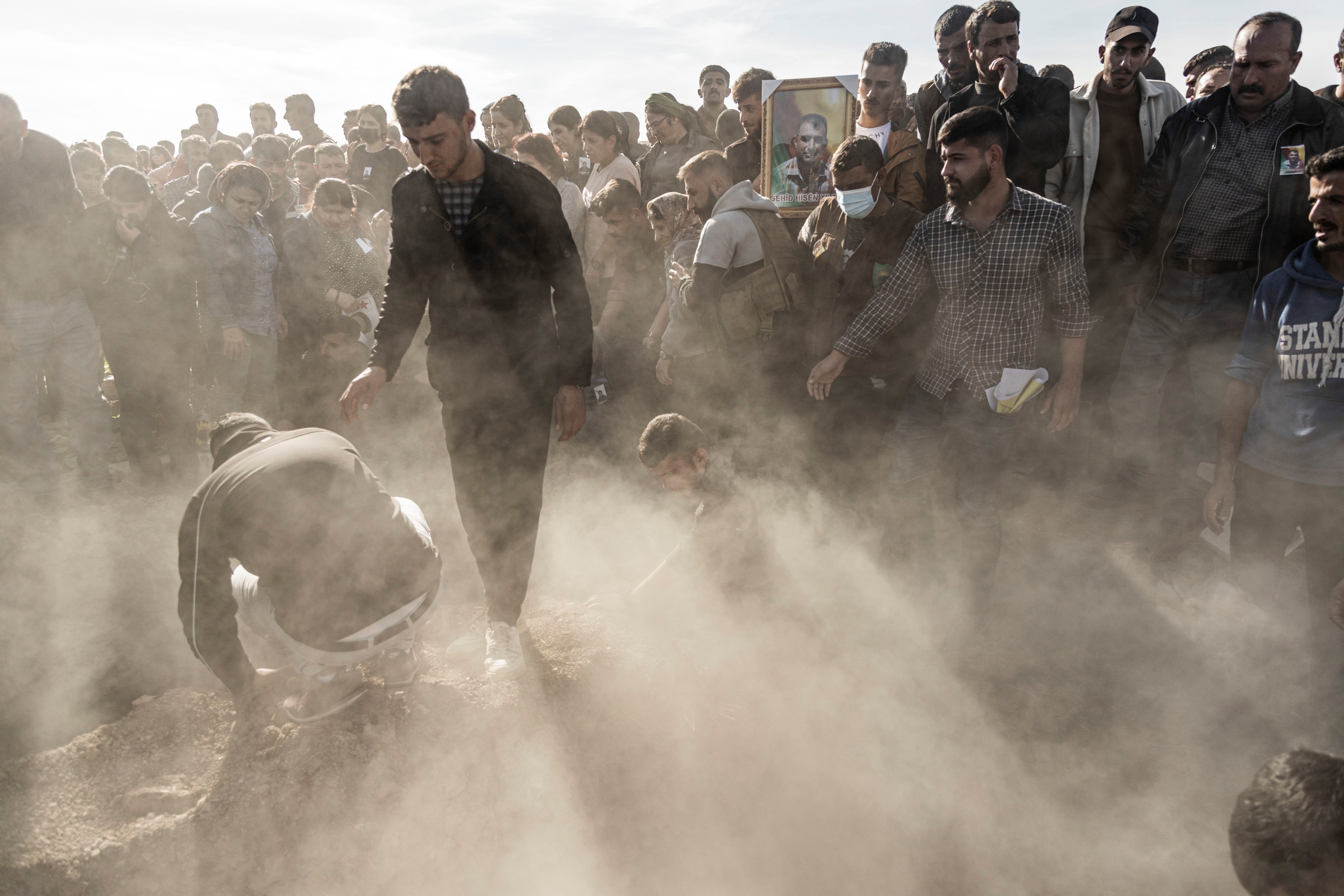 MOSCOW – A Russian official on Tuesday urged Turkey to “show some restraint” to prevent further escalation in Syria, where tensions rose over the weekend after Turkish airstrikes killed and wounded a number of Syrian soldiers.

Russian Presidential Envoy to Syria Alexander Lavrentiev expressed hope that “it will be possible to persuade our Turkish partners to refrain from excessive use of force on Syrian territory”.

“Of course, we will ask our Turkish colleagues for a certain restraint in order to prevent an escalation of tensions, not only in the north, but on the entire territory of Syria,” Lavrentiev was quoted as saying as the Russian state news agencies in the Kazakh capital Astana in the run-up to the Syria talks.

Turkey carried out airstrikes on suspected Kurdish militant targets in northern Syria and Iraq over the weekend in retaliation for a deadly November 13 bombing in Istanbul that Ankara blames on the militant groups. The airstrikes also hit several Syrian Army positions in three provinces along the border with Turkey, killing and wounding a number of Syrian soldiers, Syrian officials said.

Following the attacks, suspected Kurdish militants in Syria fired rockets across the border into Turkey on Monday, killing at least two people and injuring 10 others, according to Turkish officials.

Kremlin spokesman Dmitry Peskov said on Tuesday that Moscow viewed Turkey’s security concerns “with understanding and respect” but also urged Ankara “to refrain from any steps that could lead to a serious destabilization of the situation in general.”

“It can come back like a boomerang and complicate the security situation even more,” Peskow said.

https://www.local10.com/news/world/2022/11/22/russia-urges-turkey-to-show-restraint-in-syria/ Russia calls on Turkey to exercise restraint in Syria