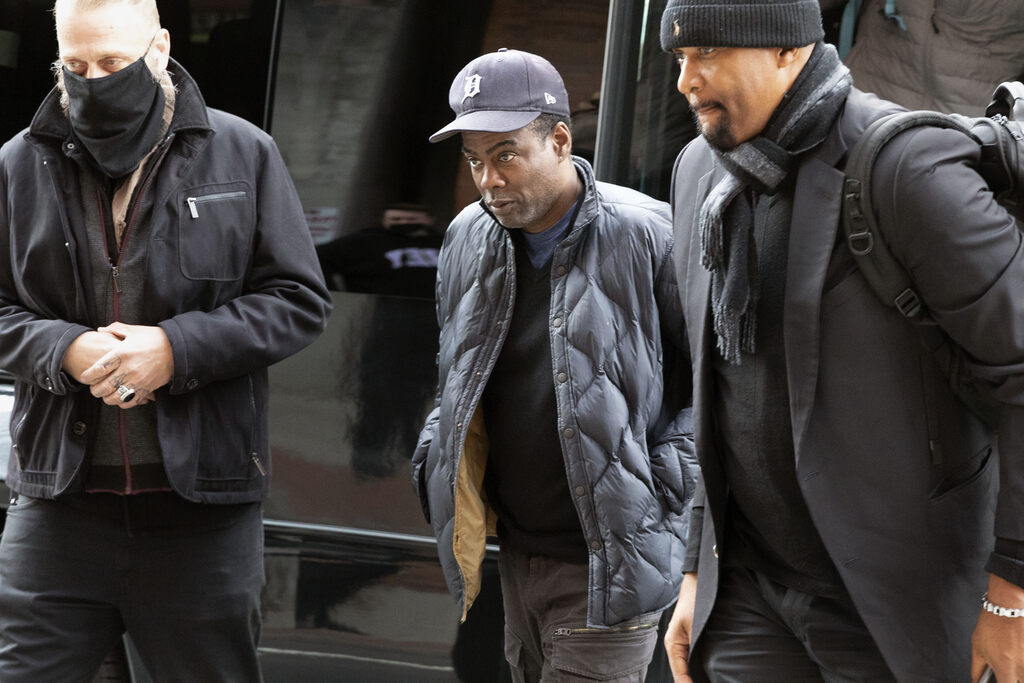 Chris Rock made an emotional return to the stage Wednesday night for the first time since Will Smith slapped him at the Academy Awards.

Rock, dressed all in white, in public addressed the incident for the first time. He was greeted by the audience at Boston’s Wilbur Theater with two consecutive standing ovations that lasted several minutes.

“Let me be all foggy and shitty,” Rock said tearfully, gesturing to the crowd’s warm reaction.

“How was your weekend?” he joked, to which the audience responded with laughter.

“I don’t have much to say about that, so if that’s what you came here for,” he said, pausing and then continuing, “I had a whole show written before this weekend. I’m still processing what happened, so I’ll talk about it at some point. It is getting serious. It’s going to be fun, but now I’ll tell a few jokes.”

The comedian, who is currently on his Ego Death Tour, then moved on with his show.

The tour has seen a surge in ticket sales since the Oscars, with Wednesday’s two shows selling out in Boston.

Rock’s performance is coming, the Academy of Motion Pictures Arts and Sciences announced ‘Disciplinary Proceedings’ against Smith were initiated over his actions at the Oscars on Sunday.

The actor took to the stage at the awards show and smacked Rock, who was presenting at the time, after making a joke about Smith’s wife’s shaved head.

Smith apologized in a statement on Instagram Monday, calling his behavior “unacceptable and inexcusable.”

“I want to publicly apologize to you, Chris. I was out of line and I was wrong. I’m embarrassed and my actions were no indication of the man I want to be. In a world of love and kindness there is no place for violence,” Smith wrote.

In its Wednesday statement, the academy said Smith was asked to leave the ceremony after the altercation “and refused.” The academy said it recognizes “that we could have handled the situation differently”.

Spring Core vulnerability does not appear to be Log4Shell again