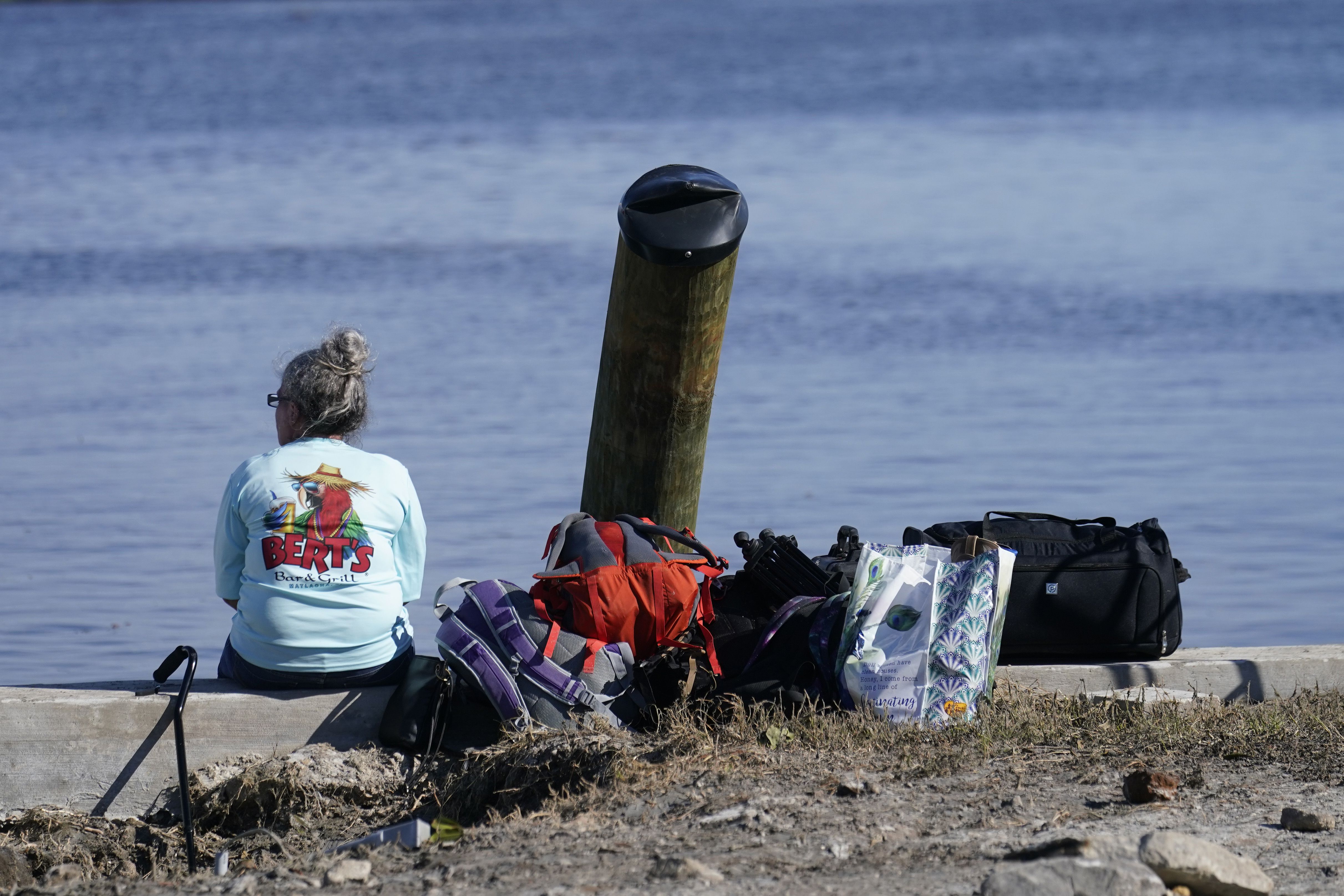 PINE ISLAND, Florida. – Paramedics and other volunteers from a group that helps rescue people after natural disasters went door-to-door on Florida’s devastated Pine Island on Saturday, offering to evacuate residents rode out Hurricane Ian only to be stranded in a landscape of flooded homes with no water or electricity.

Pine Island, the largest barrier island off Florida’s Gulf Coast, is largely cut off from the outside world. Ian severely damaged the only bridge to the island, leaving it only accessible by boat or plane.

Helen Koch blew her husband a kiss and mouthed the words “I love you” as she sat in the Medic Corps squad helicopter that rescued her and seven of the couple’s 17 dogs from the decimated island on Saturday. The dogs were caged and strapped to the outside of the helicopter for takeoff.

Her husband, Paul Koch, stayed behind with the other dogs and planned to leave the isolated island for a second trip. He told The Associated Press that days ago, when the great hurricane was raging and the house started taking water, he didn’t think they were going to make it.

Pine Island has long been known for its quiet, small-town atmosphere and mangrove trees. It is a popular destination for fishing, kayaking and canoeing. Now grim scenes of destruction can be seen throughout this shattered paradise.

Houses were blown to pieces and boats flung onto streets. The island has no electricity or running water – except for a few hours on Friday, when a resident said he could shower. A community of mobile homes was destroyed.

Medic Corps volunteers went to a house to search for a woman who was known to have stayed behind during the storm and has not been in touch with her friends since. In the woman’s home, heavy furniture had been overturned and her belongings thrown around. There was no sign of the woman, raising fears she had been sucked out of her home by the storm surge.

Some residents said they hadn’t seen anyone from outside the island for days. Some shed tears when Medic Corps volunteers came to their doors asking if they wanted to be evacuated. Some initially declined the offer, asking for another day to pack their bags. But others were anxious to leave the island.

Linda Hanshaw said the close-knit island community is amazing and “everyone I know who hasn’t gone is trying to go.”

But that wasn’t the case for everyone. Kathleen Russell tried to persuade her older husband to leave, but he wasn’t ready to leave yet. The couple continued to turn down offers to evacuate, saying they were not ready but might be ready to leave on Sunday.

Medic Corps is a nonprofit group of Airmen, Paramedics, Physicians, a Navy SEAL and other volunteers that responds to natural disasters and keeps people safe. According to the organization’s website, it began in the Philippines in 2013 in response to Super Typhoon Yolanda, and began deploying aircraft and responders to Puerto Rico and the U.S. Virgin Islands in 2017.

This 200 megapixel camera looks more like the Galaxy S23 Ultra