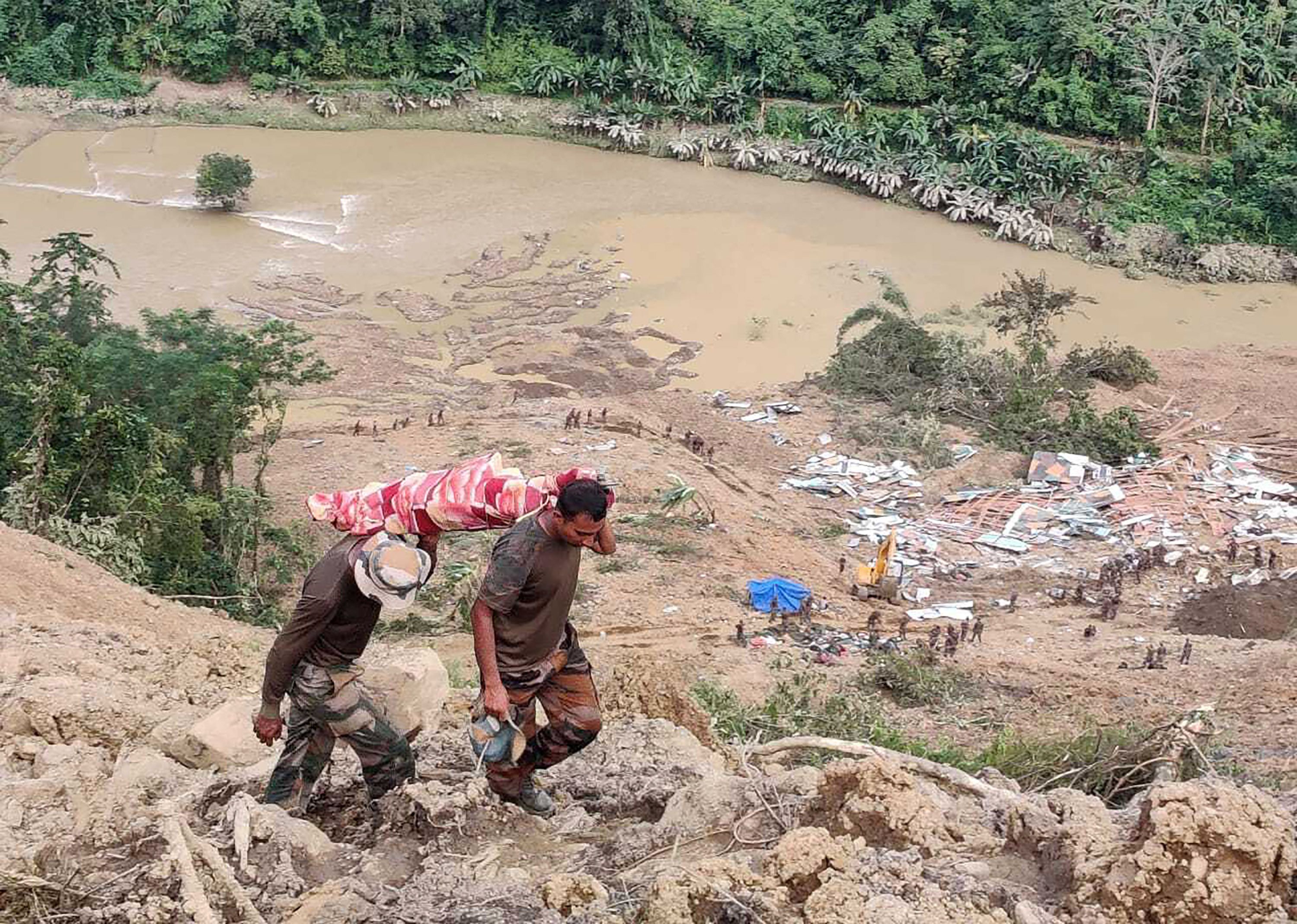 GAUHATI – Fresh rain and falling boulders on Saturday disabled rescuers who have so far pulled 26 bodies from the rubble of a mudslide that wiped out a railway construction site in northeast India, officials said.

Rescue operations are expected to continue for several more days in rough, hilly terrain with little hope of finding survivors among the 37 people who have remained missing as of Wednesday night.

Pankaj Kavidayal, a rescue official, said 21 of the 26 confirmed dead were members of the Territorial Army. Army personnel had been keeping railroad officials safe because of a decades-long insurgency that sought separate homes for ethnic and tribal groups in the area.

More than 250 soldiers, rescuers and police with bulldozers and other equipment were involved in the operation in Noney, a town near Imphal, the capital of Manipur state. They have been warned of new mudslides reported in the region on Saturday.

Excavators were also used to search for bodies in a river.

Thirteen soldiers and five civilians were rescued from the rubble of the completely swept away train station, staff living quarters and other infrastructure being built, Kavidayal said. Continuous rains over the past three weeks have wreaked havoc across northeast India — eight states and 45 million people — and neighboring Bangladesh.

An estimated 200 people have been killed in torrential downpours and mudslides in states including Assam, Manipur, Tripura and Sikkim, while 42 have died in Bangladesh since May 17. Hundreds of thousands were displaced.

Scientists say climate change is a factor behind the erratic, early rains that triggered unprecedented flooding. Monsoon rains in South Asia usually start in June, but torrential rains lashed northeast India and Bangladesh as early as March this year.

As global temperatures rise due to climate change, experts say the monsoon season is becoming more variable, meaning much of the rain that would normally fall throughout the season is arriving in less time.