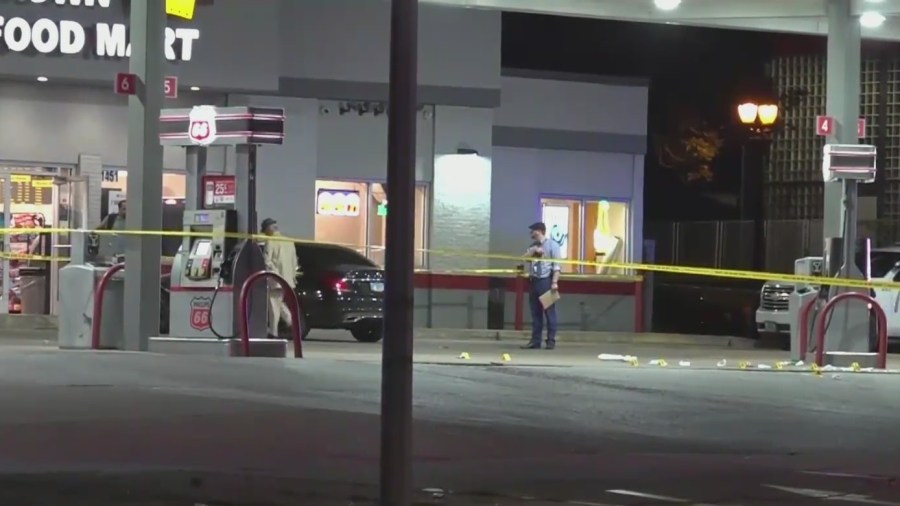 ST. LOUIS — An innocent bystander was killed in a shooting outside a gas station in north St. Louis late Sunday night. Friends and family mourn the victim, while community leaders call for an end to the violence.

Police said the incident started around 11:50 p.m. with an accident on the Dr. Martin Luther King Drive and North Kingshighway Boulevard.

The city of St. Louis County is going from vacation spot to environmental disaster


After the wreck, those involved began shooting at each other. When St. Louis Metropolitan police arrived at the scene, officers were also fired upon by the suspects, who then attempted to run them over before fleeing the scene.

A 34-year-old woman was found shot dead in a gas station parking lot west of the intersection. Police said the woman was shot dead as the suspects shot officers.

“A lovely young lady,” said Owens. “It’s a sad way for her to be killed… I’m heartbroken.”

Relatives erected a memorial filled with balloons in honor of the 34-year-old. Community leaders like James Clark, who has been on the front lines of crime fighting for years, said he was saddened but not surprised by tragic violence like this.


“She is a victim of our collective negligence,” said Clark, the vice president of public safety for the Metropolitan St. Louis Urban League. “We tolerate this behavior. We have to come to terms with the fact that as African Americans we have to look inward. We cannot continue to witness our own demise and just sit back. We have to be active.”

Police have not yet released the victim’s name. No officers were injured in this incident. Anyone with information is encouraged to call CrimeStoppers at 866-371-TIPS (8477).

The Mayor of Washington, DC faces a formidable major challenge