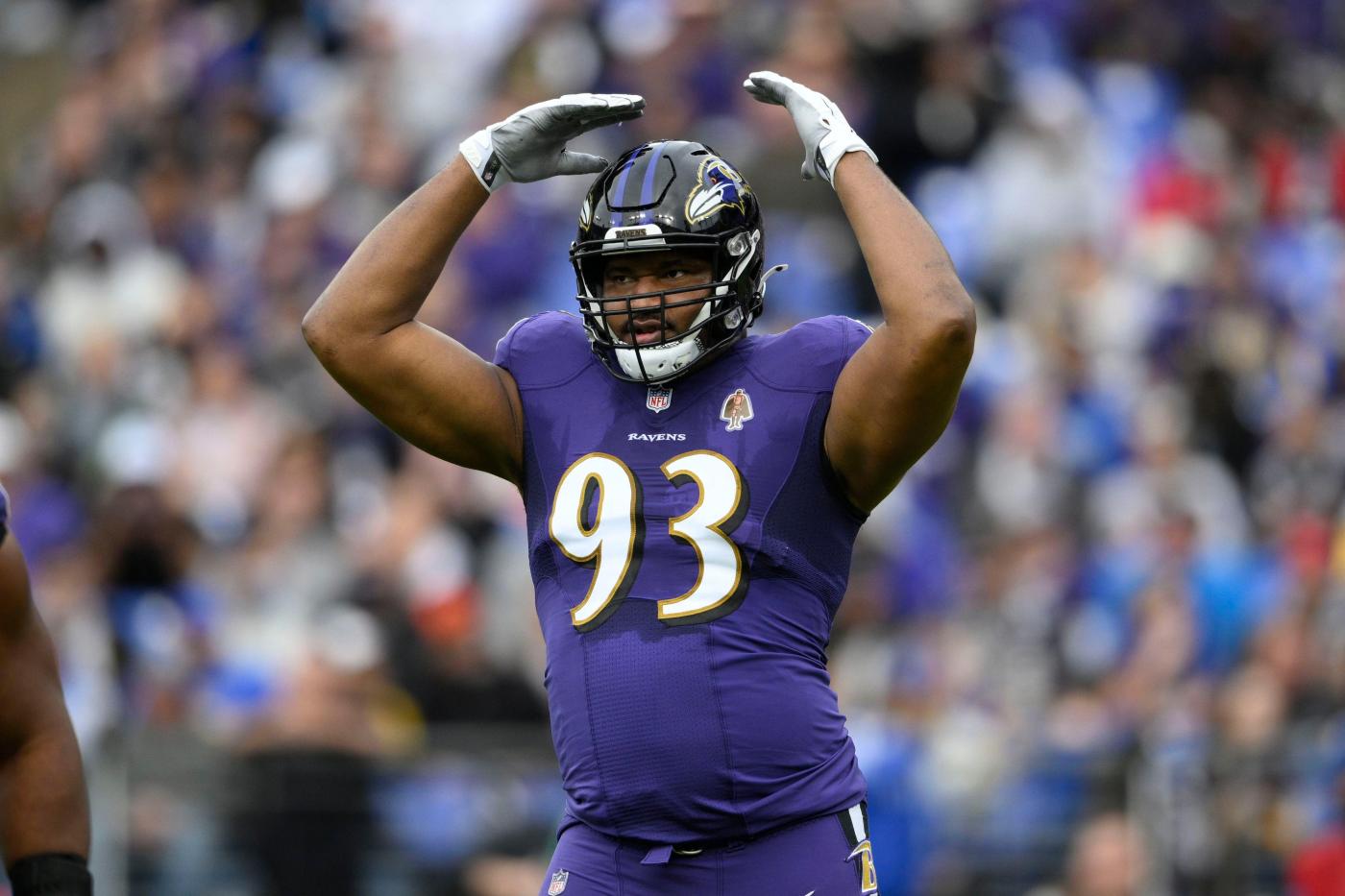 The Ravens announced Saturday that they have re-signed veteran defensive end Calais Campbell on a two-year deal.

Campbell’s deal is valued at $12.5 million, but he can make up to $16.5 million in incentives, according to multiple reports.

During last month’s NFL Scouting Combine, Ravens general manager Eric DeCosta said he would “love to” bring back Campbell, a six-time Pro Bowl pick who was named to the NFL 2010s All-Decade Team.

“I have great admiration for Calais as a person, as a player and as a leader. So I hope we can bring him back,” DeCosta said. “I would like to bring him back. He’s a guy who plays winning football and he does as much for the team and organization in the building as he does on the field, so I have a lot of respect for him.”

The 35-year-old Campbell recorded 49 tackles and 1 1/2 sacks in 15 games last season. Prior to the re-signing, Campbell considered retiring. However, his new contract is preparing him to finish his career in Baltimore while trying to chase down his first Super Bowl ring.

During Campbell’s 14-year NFL career, he totaled 773 tackles (556 solo), 93 1/2 sacks, 161 tackles for loss and 14 forced fumbles. A second-round pick in the 2008 NFL draft, Campbell played for the Arizona Cardinals and Jacksonville Jaguars before being traded to the Ravens for a fifth-round pick in 2020.

Who is Lucy Speed ​​in Casualty and what role did she play in EastEnders?