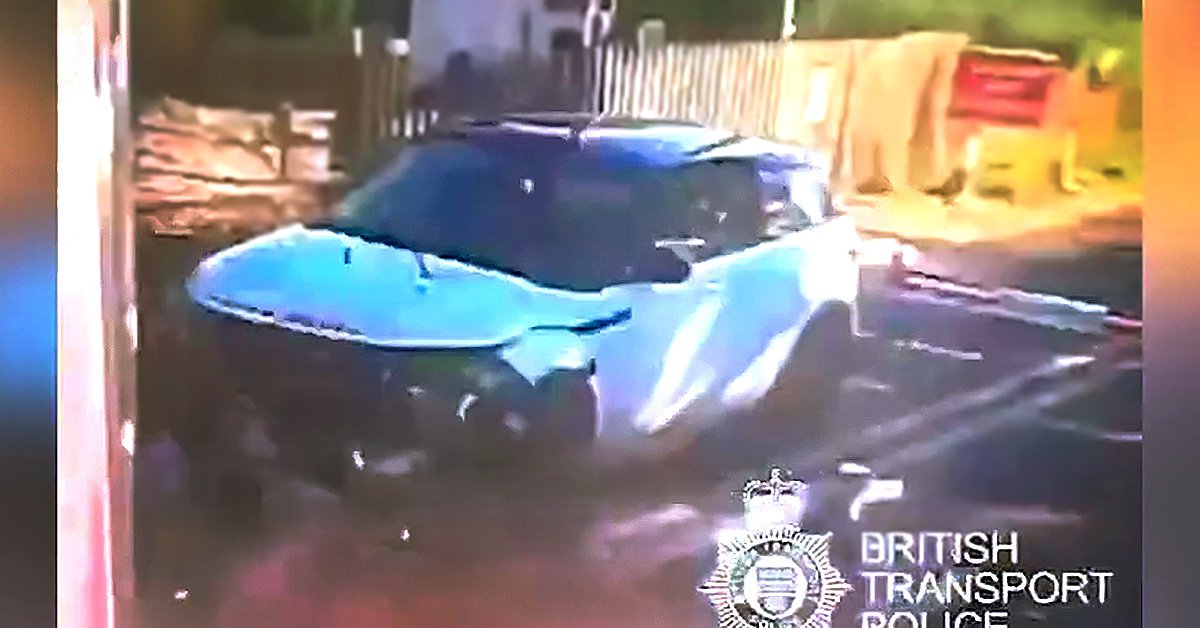 Dramatic footage has revealed the aftermath of a driver who jumped a level crossing barrier and crashed into a 100-passenger train.

Kennedy-Smith was trying to reverse his car out of the way when it was hit at the Great Plumstead intersection, reports the Eastern Daily Press.

The Great Anglia service driver, traveling from Norwich, was approaching the junction when he saw a “vehicle poking through the lines”.

He slammed on the brakes and honked the horn, but couldn’t stop in time.

No one was injured, but the car was badly damaged in the impact, with the front ripping off.

Kennedy-Smith was sentenced to a six-week prison sentence, suspended for 12 months, for dangerous driving.

He was also banned from the road for a year, forced to do 140 hours of unpaid work and pay more than £1,000 in costs including £100 in compensation to the train driver.

BTP Inspector Becky Warren described the crash as a “shocking incident” with “potentially life-threatening consequences” for Kennedy-Smith, the driver and the passengers.

The train continued to the next station before picking up passengers and buses.

Inspector Warren added: “Level crossings must be taken seriously and I am pleased to see dangerous drivers being penalized for causing significant disruption and endangering the network.

“Be patient and wait until the crossing is safe – it really isn’t worth risking your life or anyone else’s just to save a few minutes.”