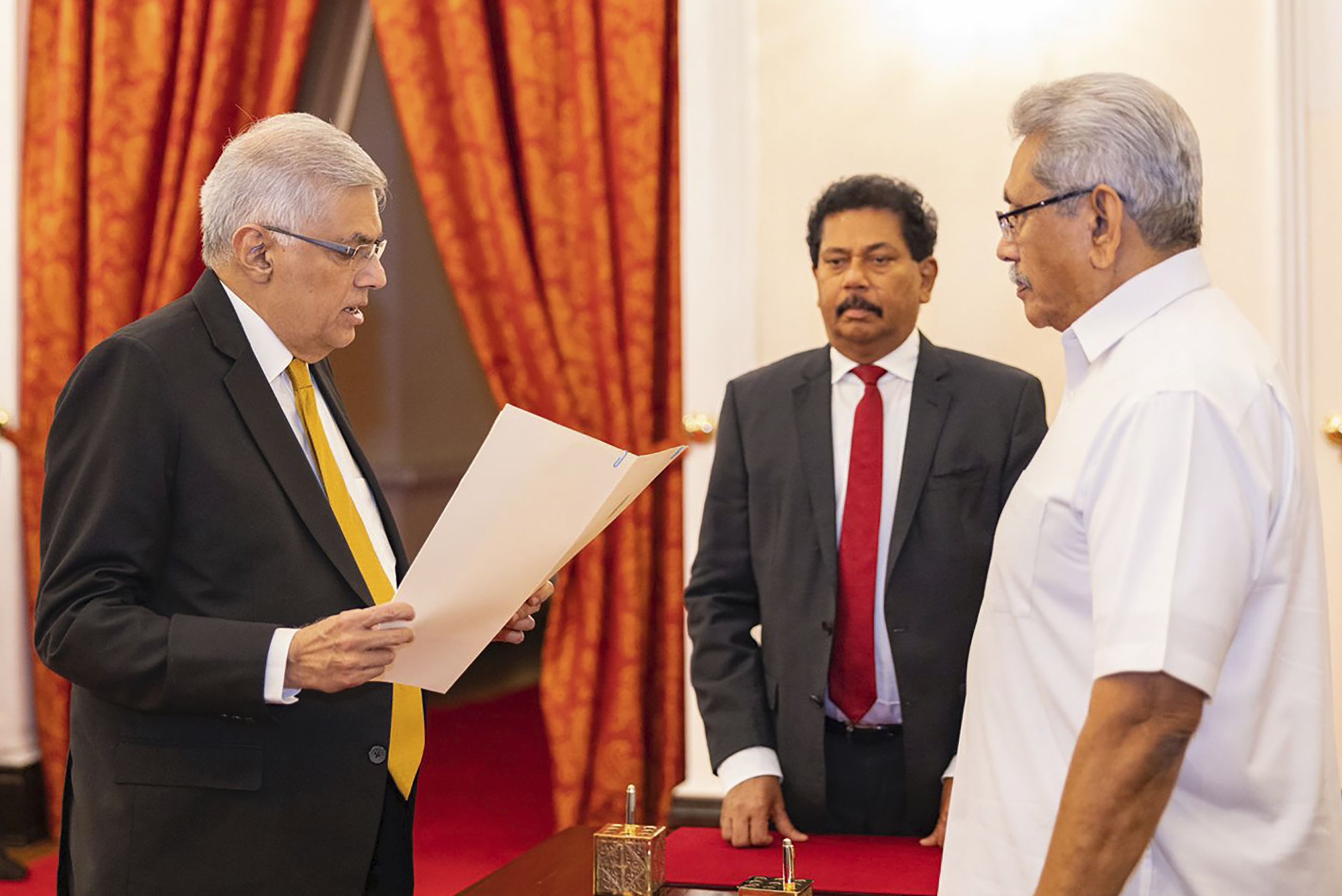 COLOMBO – Sri Lanka’s president on Saturday sworn in four new cabinet ministers to ensure stability until a full cabinet is formed in the island nation gripped by political and economic crisis.

His resignation automatically dissolved the cabinet, leaving an administrative vacuum.

In a bid to restore stability, President Rajapaksa reappointed Wickremesinghe on Thursday and sworn in four cabinet ministers on Saturday pending a full cabinet appointment.

Rajapaksa sworn in ministers of foreign affairs, public administration and interior, urban development and power and energy, the presidential office said in a statement on Saturday.

All four ministers belong to the Sri Lankan Podujana Peramuna Party of the President. The new Prime Minister belongs to the United National Party.

The Indian Ocean island nation is on the brink of bankruptcy and has suspended repayments on its foreign loans pending negotiations for a rescue package with the International Monetary Fund.

It must repay $7 billion this year of $25 billion in external debt maturing by 2026. Its total foreign debt is $51 billion. The Treasury Department says the country currently has just $25 million in usable foreign exchange reserves.

For several months, Sri Lankans have had to endure long lines to buy fuel, cooking gas, food and medicines, most of which come from abroad. Hard currency shortages have also hampered imports of commodities for manufacturing and worsened inflation, which rose to 18.7% in March.

Sri Lanka’s economic troubles have led to a political crisis, with the government facing widespread protests for several weeks.

Authorities deployed armored vehicles and troops on the streets of the capital on Wednesday after attacks on protesters sparked a wave of violence across the country. Nine people died and more than 200 were injured.

Security forces have been ordered to shoot people believed to be involved in the violence as sporadic arson and vandalism continued despite a strict nationwide curfew that began Monday night.

Saturday marks the 35th day that protesters occupied the entrance to the President’s office in the capital, Colombo, demanding Rajapaksa’s resignation. The Rajapaksa family has been in power for most of the last two decades.

President Rajapaksa has so far resisted calls for his resignation.

What is the Lancaster bomber's trajectory this weekend?

Opinion: Inflation has burrowed like a termite army into the largest item in a typical family's budget - putting a roof over their heads. And the Fed can't fix it.

When does university clearing close in 2022 and how does it work?